Facebook has confirmed that it will soon shutdown its chat service on its Android and iOS app, forcing users to download and use its dedicated messaging app, Messenger.

A Facebook spokesperson has confirmed that the online social networking company will soon remove the built-in chat service found on their Facebook mobile app and require users to download and use Messenger, instead. Excluded from this rule are low-end Android devices with limited memory. 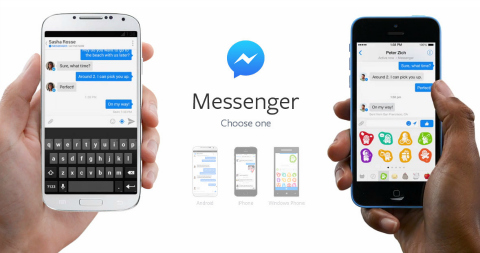 Removing the chat service from the main app will certainly irk some people especially those who find using a separate messaging app an inconvenience. However, Facebook highlighted that Messenger provides a better experience as it is faster than the one built into the Facebook mobile app and has the ability to make free voice calls.

“We have built a fast and reliable messaging experience through Messenger and now it makes sense for us to focus all our energy and resources on that experience,” Facebook said in a statement.

Users from several European countries have already been notified of this change which will happen in the next couple of weeks, to be followed by other countries in the near future.

So what’s the hassle all about?

This is facebook’s way of entering the messenger apps business. From a business perspective, it makes a lot of sense since they will have an instant massive user base that can challenge skype, bbm, viber, etc.

The Beginning is The End. Must be a bad dream, I want to wake up from it!