ASUS recently released its full gaming laptop lineup that ranges from refreshed variants to new models. The company’s TUF Gaming lineup with AMD Ryzen processor has been out for quite some time now; however, a new option with the latest NVIDIA GTX 1660Ti has surfaced. I got my hands on it for almost a week now, and so, I had the chance to take the device for a full spin. Here’s my full review on the ASUS TUF Gaming FX505DU gaming laptop. 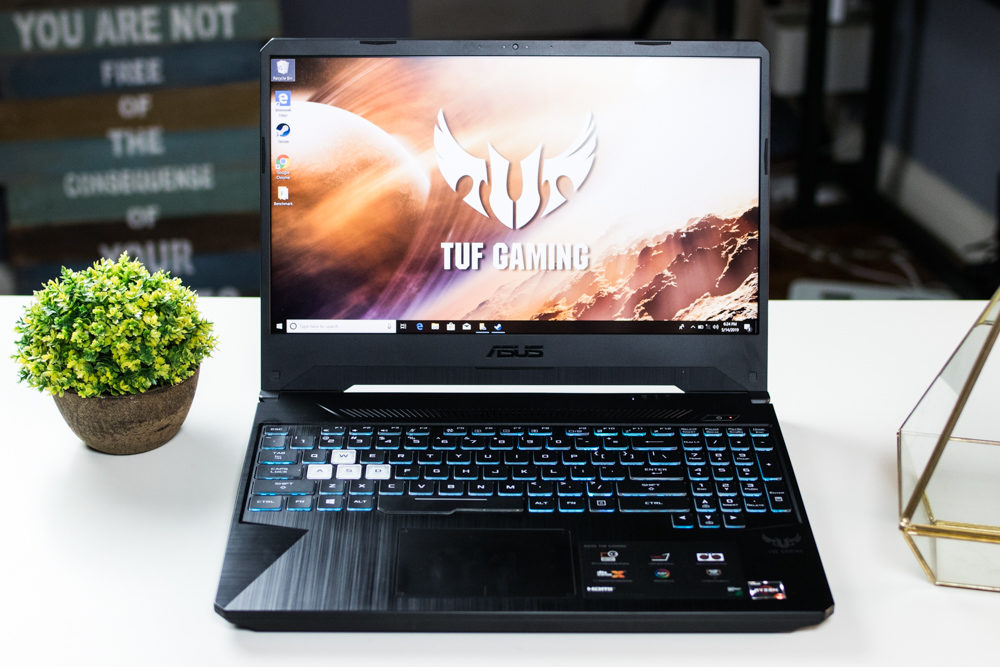 If you haven’t seen my hands-on and first impressions on the FX505DY before, then you should know that the design of the FX505DU is identical to the one that I saw last February 2019. Unlike the usual polycarbonate material used on TUF gaming laptops, this device comes with a more premium sand-blasted metallic body that has the same “X” pattern on the lid. Our unit is called the Gold Steel variant due to its logo having a gold-colored accent. I like how I can open the cover with only one hand as this indicates a strong and sturdy hinge. It also has little screen flex as compared with the usual black variant, making it excellent. 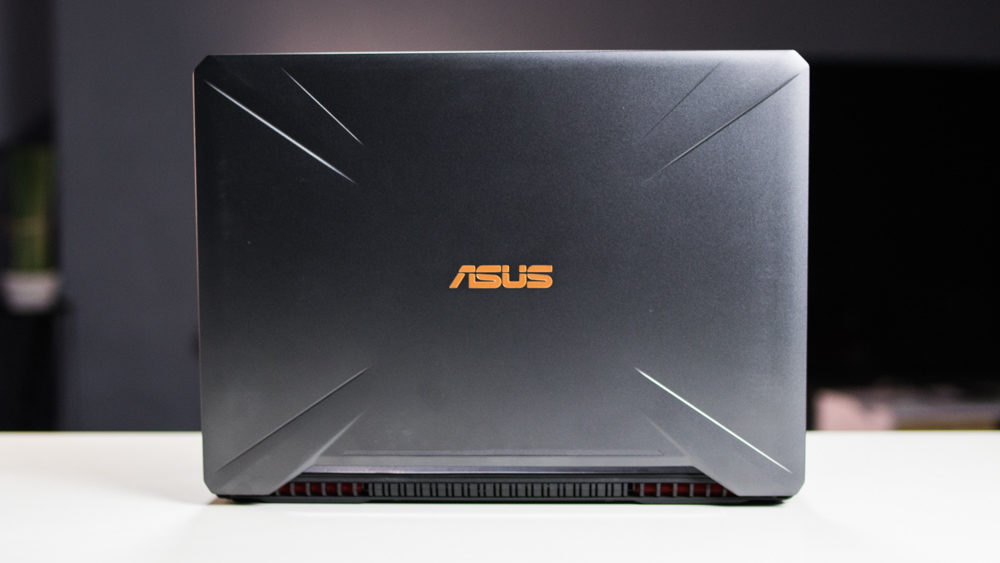 Checking out the 15.6-inch screen, it has a slim top and side bezels, providing excellent viewing angles. It has a diamond-cut top corner design which is one of the signatures of the TUF Gaming lineup. On top, we see a webcam while on the thick bottom bezel, we see the large ASUS logo. 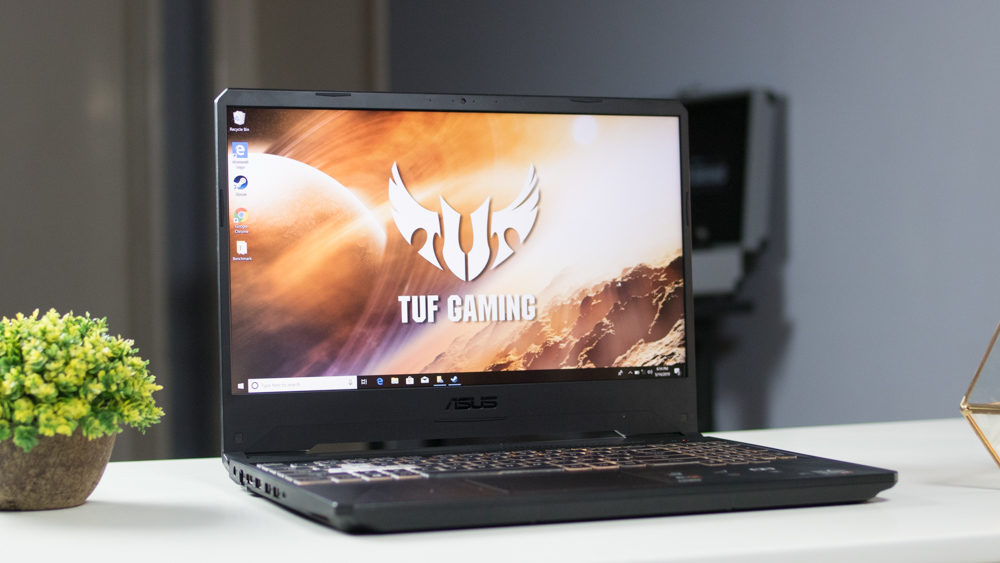 Moving to the right side, you won’t find any component here aside from the exhaust vent, Kensington Lock, and the loudspeaker. You can see all of the ports on the left side namely two USB Type-A 3.0, one USB Type-A 2.0, HDMI 2.0, RJ-45, and the 3.5mm audio port. There’s also a loudspeaker located at the bottom to deliver balanced audio to users. I am not fond of one-sided ports as it feels very cramped; however, I do understand that this is a friendly design, especially for users who are right-handed due to the mouse usage. At the back, you’ll find another two exhaust vents which are great as it regulates the temperature of the laptop even further. 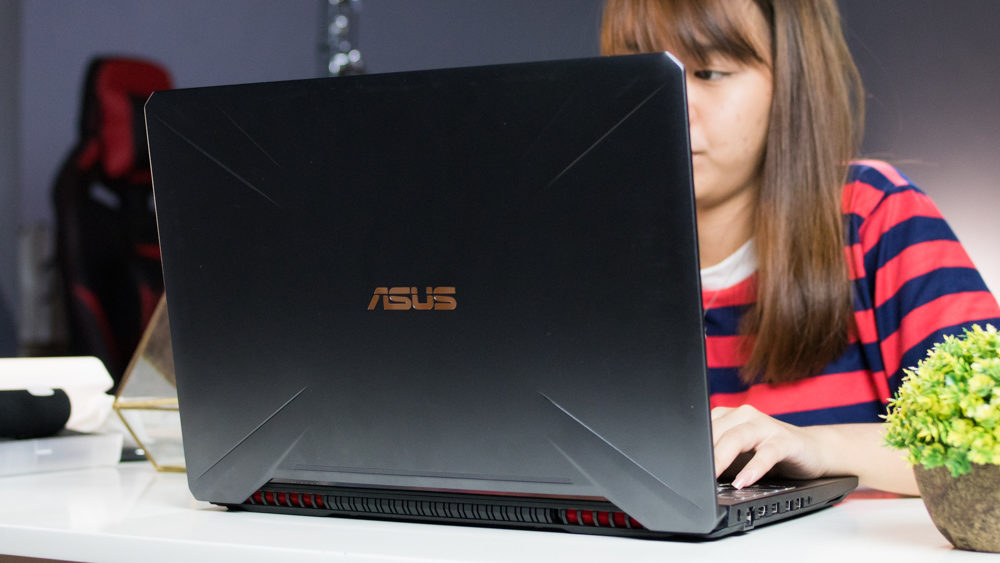 Checking out the main body, you’ll see that there is a slashed-cut design on top which is meant for the air-intake vents while the LED notification lights are located above it. There’s also a red-glowing light at the power button to indicate if the laptop is turned on or not. Booting it up, you’ll see that the full-sized chiclet keyboard has an RGB AURA Sync lighting, making it more interesting than just having a monochrome color like with the usual TUF Gaming laptops. The “W,” “A,” “S,” and “D” buttons have different casings, meaning that the device is intended for shooter games as you use those four keys for movement. The keys are clicky and have good tactility that I enjoy very much given that I type a lot on my laptop. There is also a little keyboard flex, which is means that the device is durable and well-built. Moving to the trackpad, it doesn’t have any elevated left and right mouses buttons, making it a click pad. Running my fingers across it, I noticed that it’s not so smooth as I encountered some resistance and that could affect any user’s navigation experience. 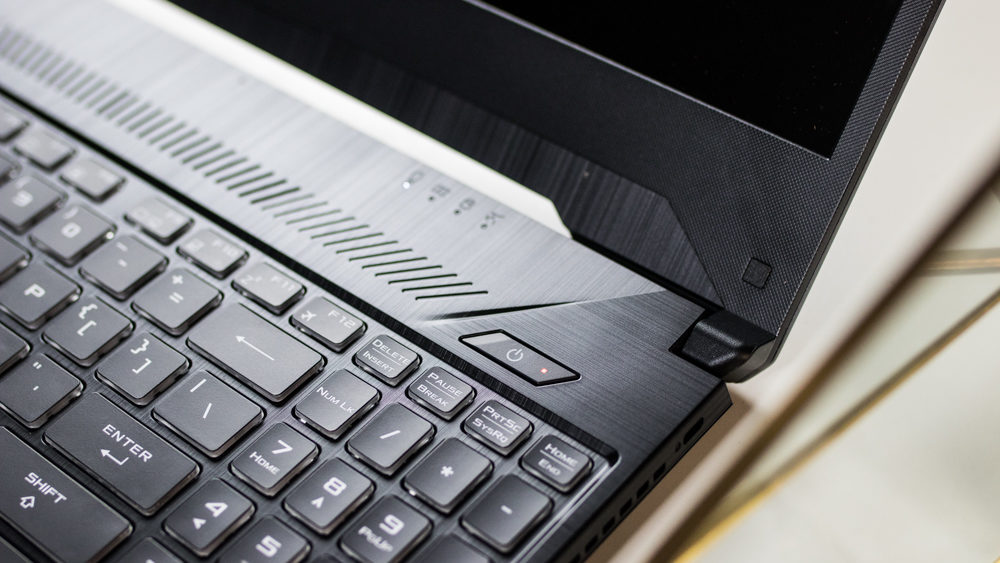 Overall, the ASUS TUF Gaming FX505DU feels very solid and premium thanks to the metallic material used in the device. It feels relatively light as compared to the Acer Predator Helios 300 that I’m currently using as my daily driver, which is excellent as it feels more mobile when traveling with ASUS’ creation.

The FX505DU comes with an IPS-Level display which is high-tier TN panel, however, what I like here is that it has a 120Hz refresh rate that helps users significantly when they play shooter games such as Counter-Strike: Global Offensive and Tom Clancy’s Rainbow Six Siege. Overall, the screen has decent viewing angles, color accuracy, and good sharpness. 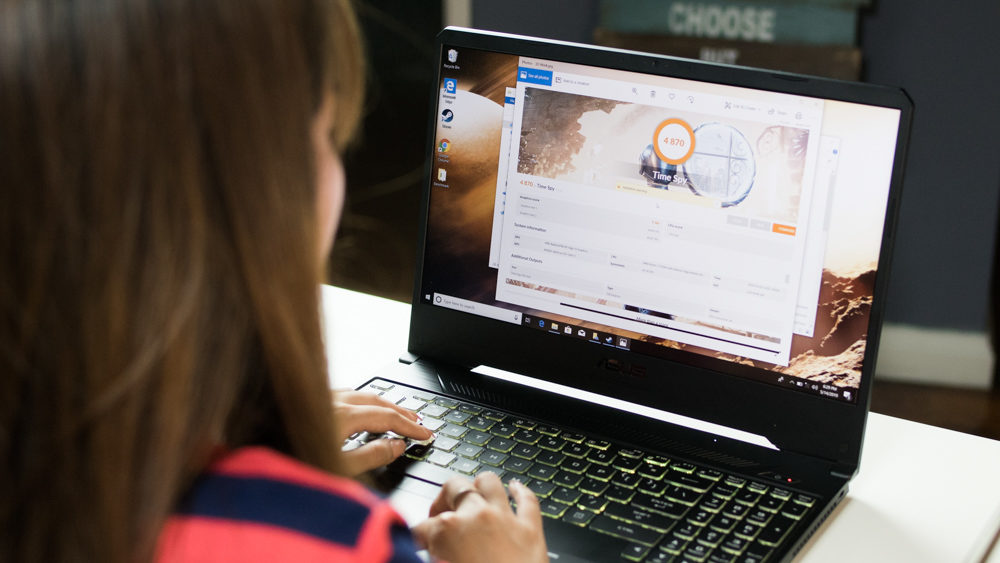 Given that this laptop has two loudspeakers located on both sides, its audio quality is pretty balanced with decent loudness. It doesn’t have Dolby technology; however, it does have DTS Studio Sound that amplifies the quality even further. I tried testing the sound first without enabling anything on DTS, and it shows that the sound pretty much isn’t going to cut out for me. Turning it on doesn’t make any much difference as the bass is still weak. While it is true that the volume became louder, putting it at maximum produces distorted audio, which is not good. I advice using headphones or a Bluetooth speaker instead of the laptop’s built-in loudspeakers. 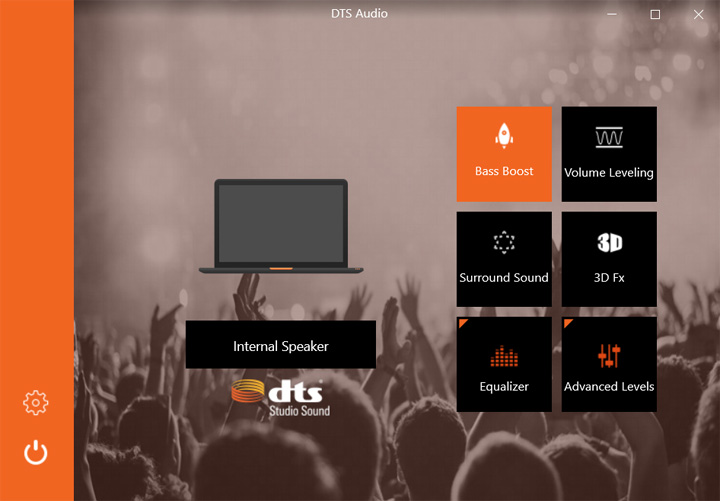 The TUF Gaming FX505DU unit that we had comes with a Windows 10 Home operating system. There’s not much to say in this aspect other than it comes with the usual built-in software such as Microsoft Office, OneDrive, McAfee LiveSafe, Armoury Crate, AMD Display Optimizations, DTS Headphone:X v1, MyASUS, GameBar (for recording, screen capturing, and screen recording), and GameVisual (changes color mode of the laptop). 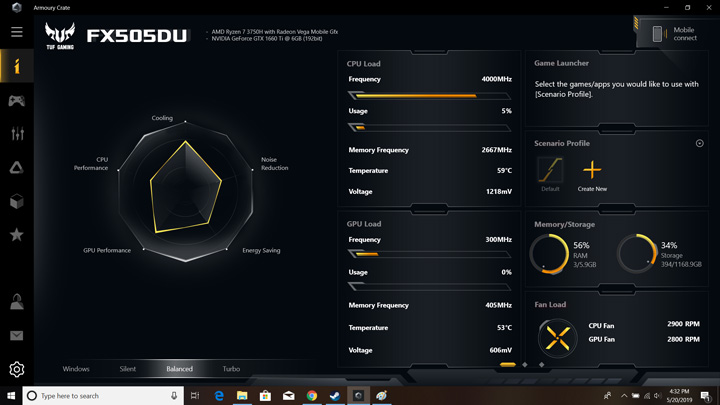 The variant that we had has a 1TB HDD and an additional 256GB SSD where the OS is pre-installed. This setup is great as users can choose the HDD to put their games while they can store the necessary apps such as editing or any other software that needs fast reading and writing time.

Two of the main features of the FX505DU are the Ryzen 7 3750H processor and NVIDIA’s newest GTX 1660Ti graphics. It has an 8GB of RAM that is expandable up to 32GB which is okay, but it’s not my cup of tea given that I’m used to built-in 16GB RAMs in a gaming laptop already. I assume that the 8GB is not soldered like with its TUF Gaming siblings so you can easily replace it with another RAM stick. Nevertheless, task executions such as browsing and multitasking went pretty smoothly, which is commendable. I’ve tested the laptop in different benchmarking apps and games, and it didn’t disappoint. Check it out below. 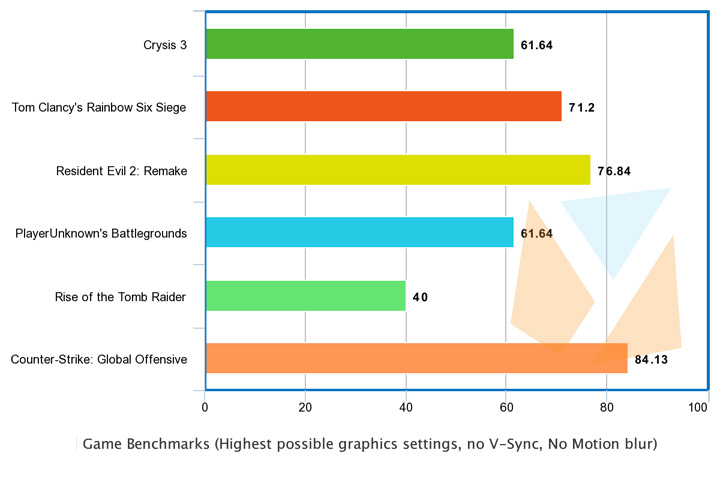 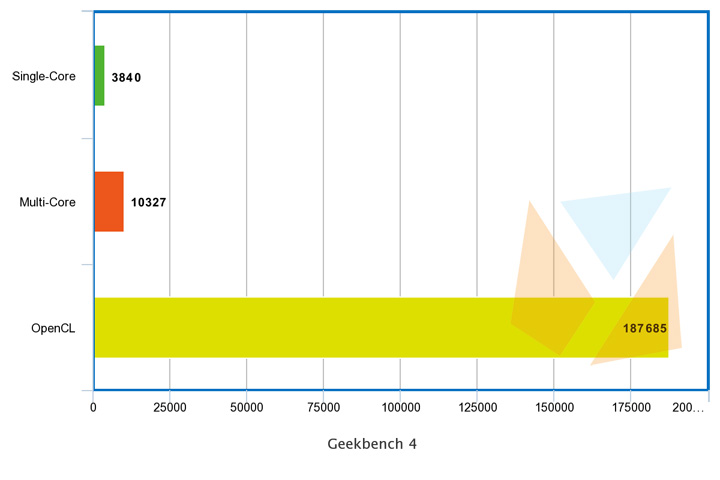 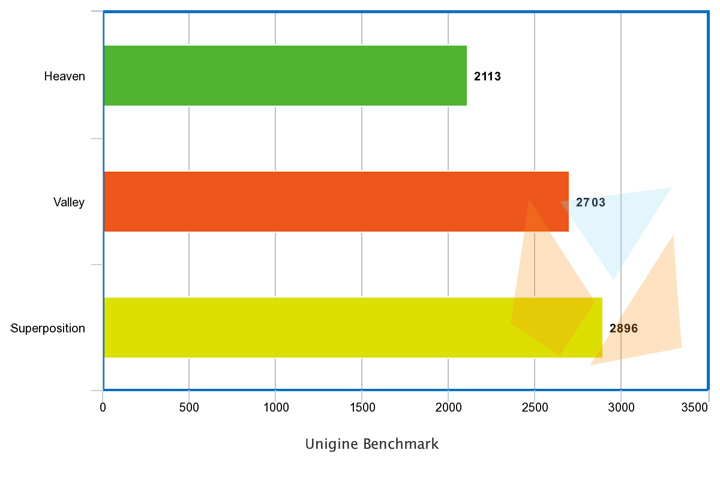 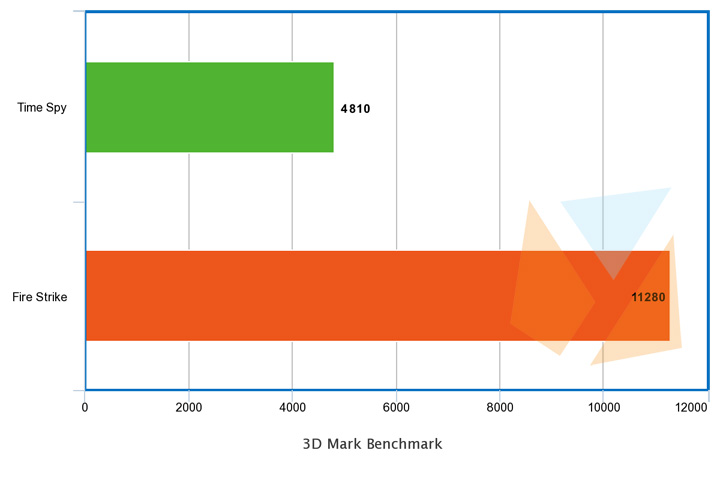 The GTX 1660Ti (6GB) is superior and the better performing graphics based on the GPU benchmark scores that we had as compared to the GTX 1060(6GB) (Check out the ratings that we got in our review of the ASUS FX503VM). Overall, the FX505DU is a competent gaming machine, offering excellent viewing experience and above average gaming performance.

Given that the TUF Gaming FX505DU is a gaming laptop, one should expect that its battery life doesn’t last that long. I tested it further in my video loop test (1080p movie, 50% brightness, 50% sound, airplane mode, w/ earphones), and the device lasted for 5 Hours and 18 Minutes. 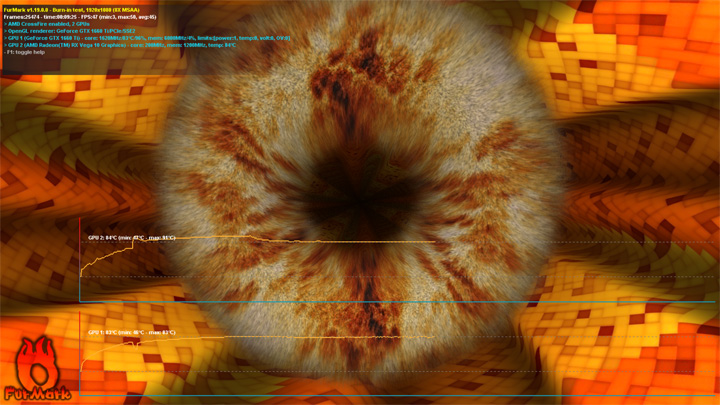 Aside from battery life and performance, one of the essential aspects that you should look when checking out gaming laptops is its thermals. I subjected this device in CPU and GPU stress tests via Furmark and Prime 95. Running both apps show that the GTX 1660Ti reached a maximum temperature of 91°C while its Ryzen CPU reached the same 91°C temperature as well. Both temps are somewhat alarming given that the average maximum temp should be around 80°C or so. Nevertheless, I became slightly uncomfortable when playing games due to the right exhaust vent breezing through my hands from time to time.

The ASUS TUF Gaming FX505DU is an excellent gaming laptop with decent performance and great display. It also has connectivity sporting two USB Type-A 3.0 ports; however, I expected more like putting at least one USB 3.1 or a USB Type-C port. It is also worth noting that the audio quality is terrible as it lacks bass and the sound gets distorted when putting it at maximum volume. You should also watch out for its thermals given that it has three exhaust vents installed. Despite that, I like how it has a premium look and feel, as well as a little screen and keyboard flex, indicating that this device is very durable and well-built. 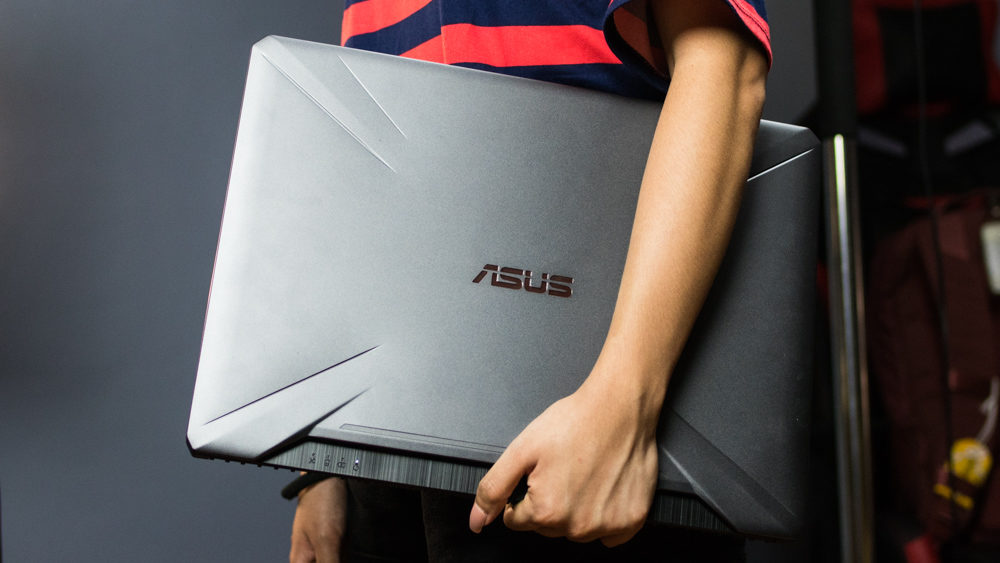 For PHP 71,995, this gaming laptop is worth considering if you are into gaming, given that it has 8GB of RAM. In my experience with it for the past one week, I can play almost all of the games that I usually run smoothly at above 60fps, which is relatively decent.