Lenovo has been expanding its premium line of laptops for productivity, the Yoga Series, through the years. Recently, it has added a new model in the form of Yoga Slim 7 with a new colorway. How is it different from its predecessors? Does it retain the same classy look that the previous Yoga series bear? Let’s find out below. 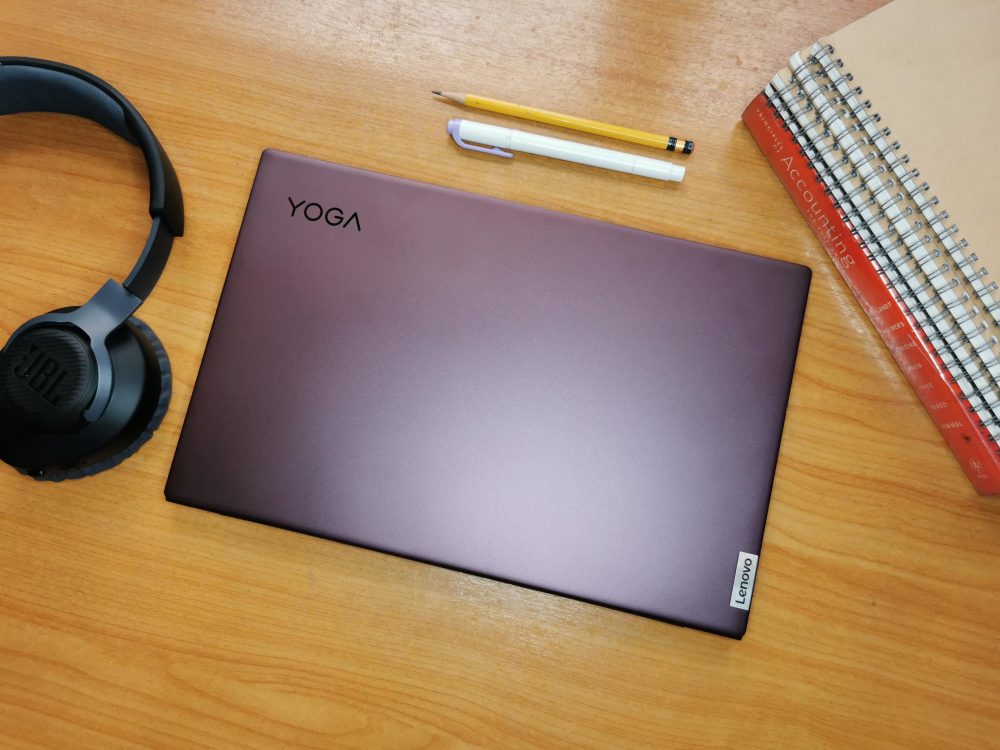 The Yoga Slim 7 exudes elegance with its anodized shell that comes in a sandblasted finish which makes gives a metallic effect under the light. Those with sweat hands may hold this as it attracts less fingerprints. On the top panel is the iconic Yoga logo, as well as the Lenovo branding, in silver. 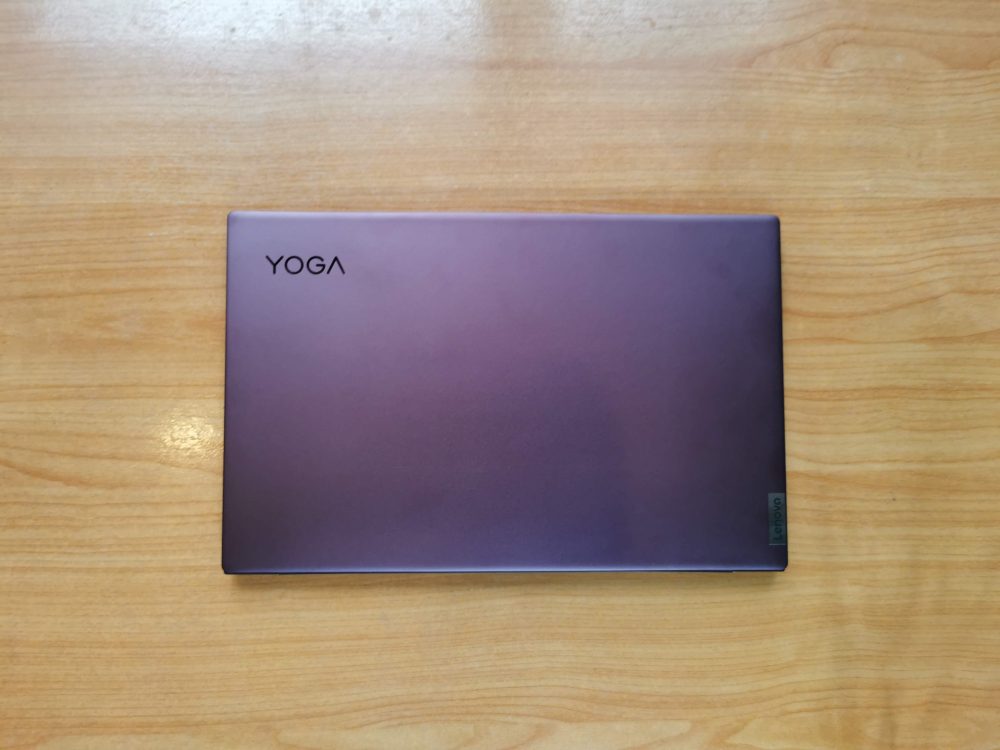 When flipped upside down, it shows the long, horizontal rubber feet, and a single grille for the laptop’s ventilation. There are also two rubber feet below. Just like in the previous Yoga series, such as the Yoga C series, the Yoga Slim 7 adapts the same iconic ledge. Etched on it are the words “Yoga 7 Series”. 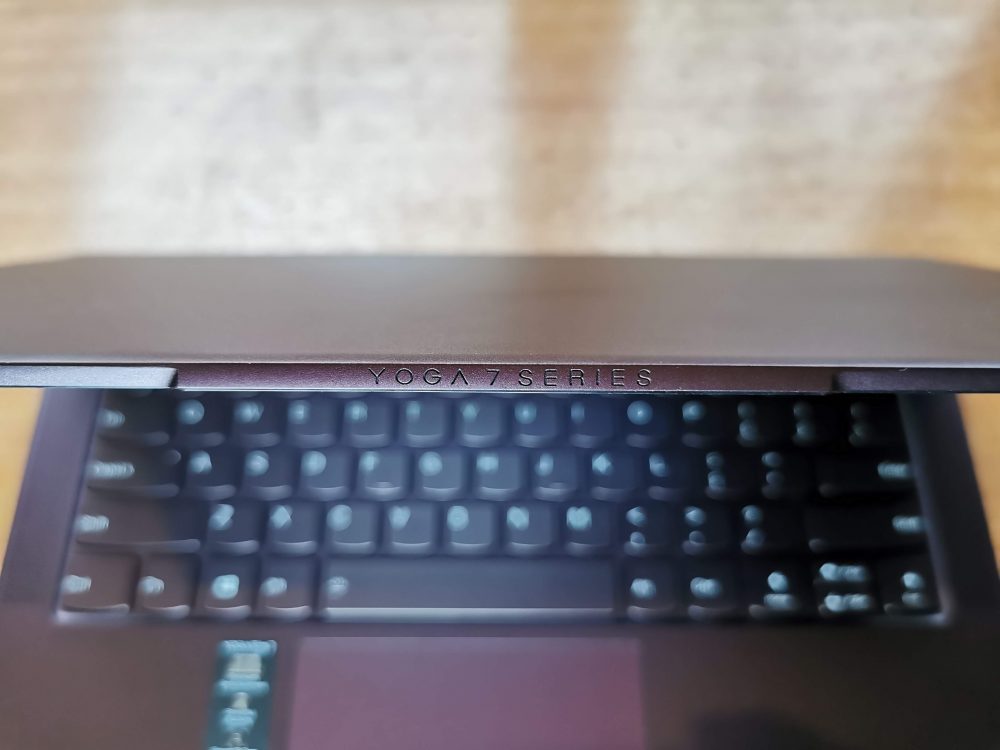 Lifting the top panel reveals the Yoga Slim 7’s 14-inch FHD (1920 x 1080) display with a maximum brightness of up to 300 nits and up to 100% sRGB color coverage. It has slim side bezels and a reasonably-sized top and chin. At the top of the display is the 720p IR camera that support hands-free, Windows Hello login via face recognition. 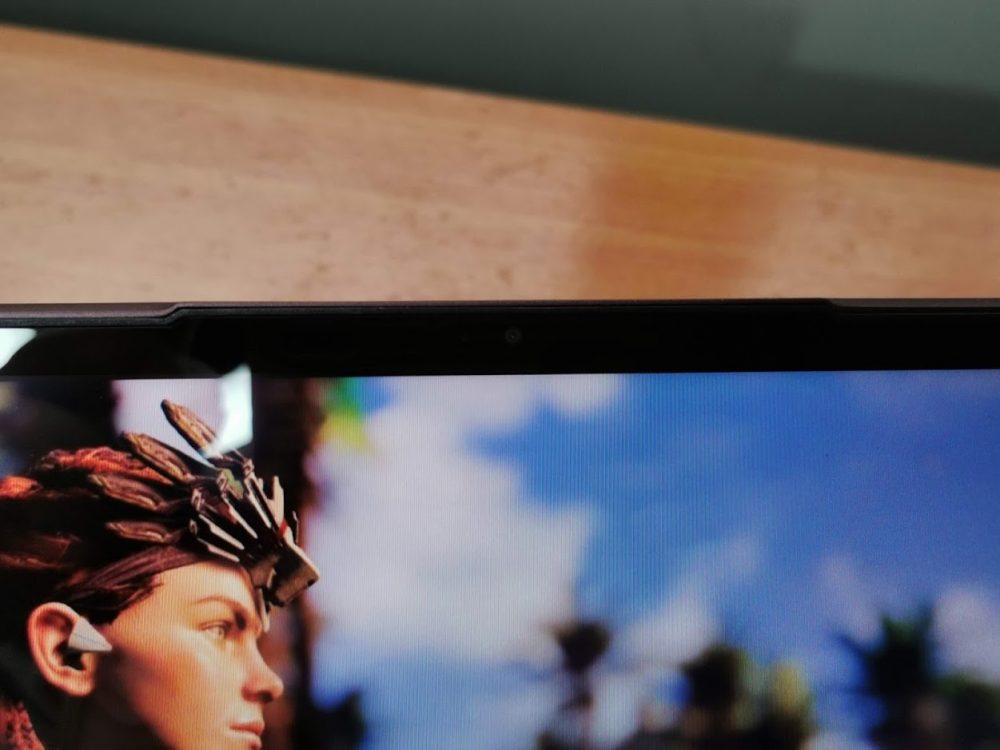 The Yoga Slim 7 also has the same chiclet-style keyboard from its counterparts on the previous Yoga S series. It shares arrow and navigation keys, which can be accessed with the Function key and eliminates the number keypad. Typing on the keyboard feels comfortable, producing minimal typing sounds and with proper spacing of keys. It also has white backlighting which can be activated by pressing the Fn key and Spacebar. The touchpad is responsive, big enough, and doesn’t attract much of smudges. 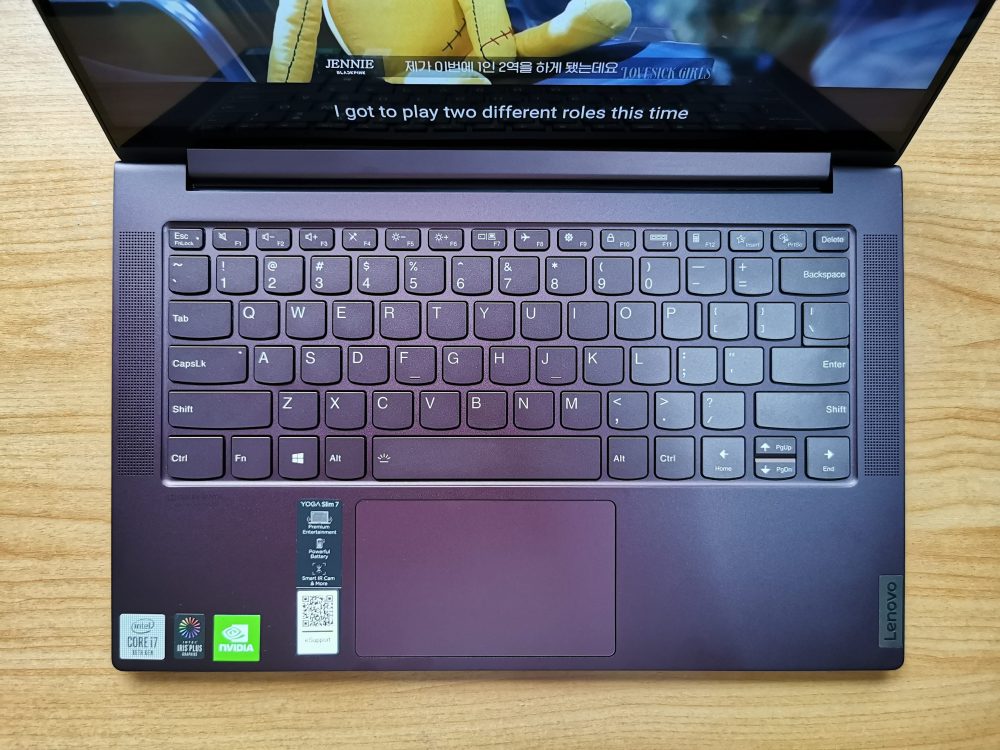 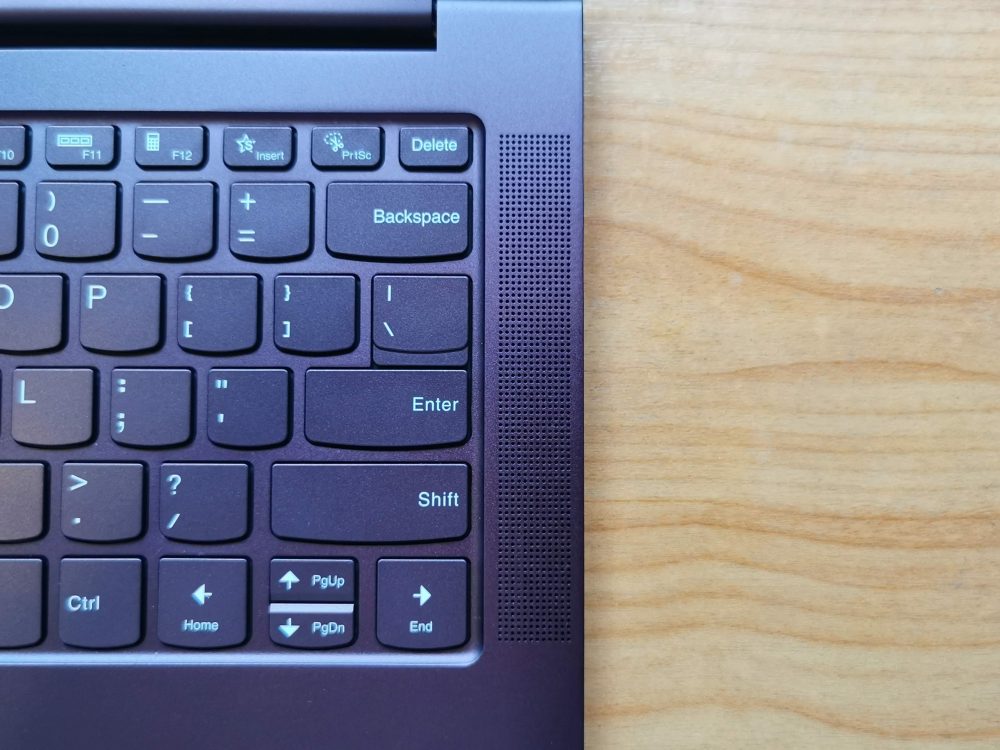 On the lower left side of the keyboard is another Lenovo branding. 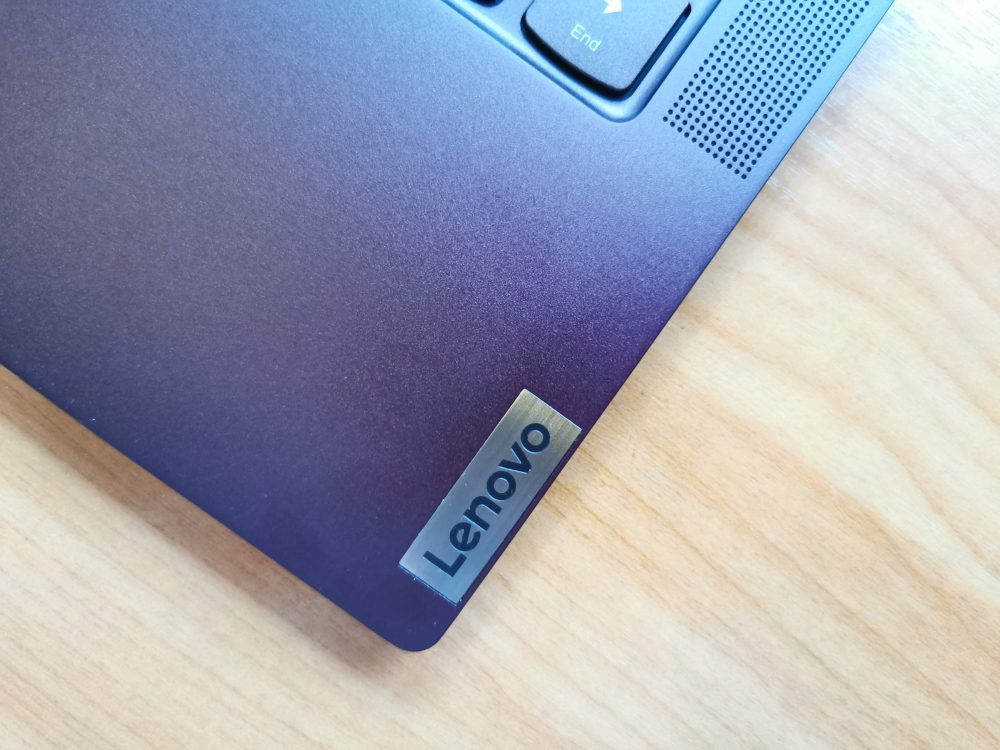 On the left side lies the memory card reader, two USB-A ports, an LED indicator, and a power button. 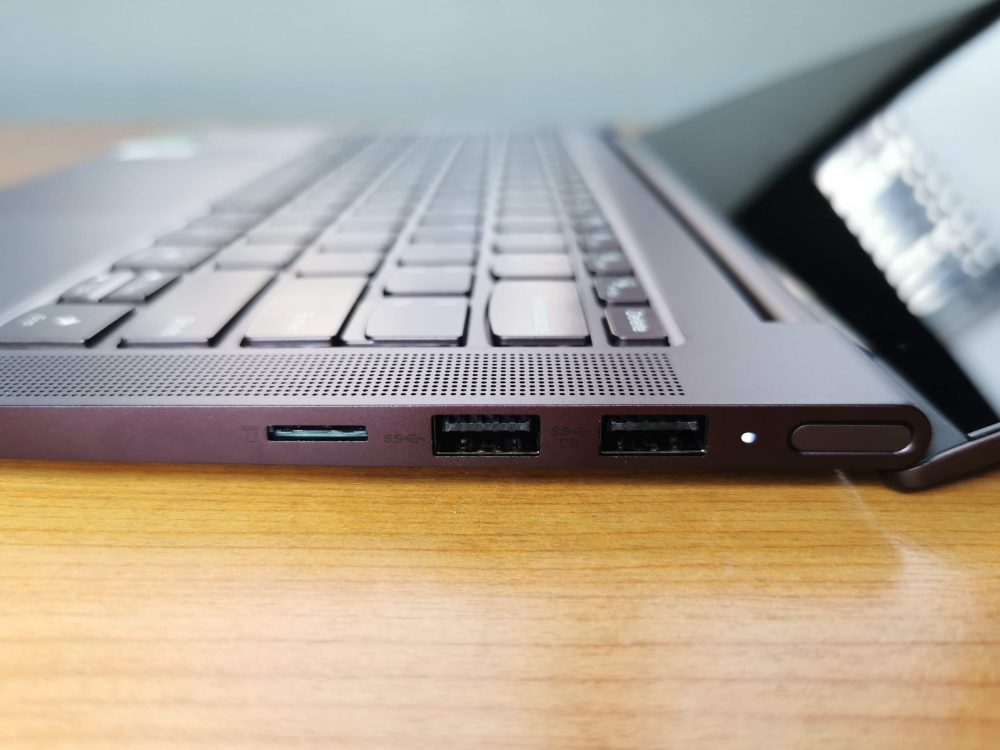 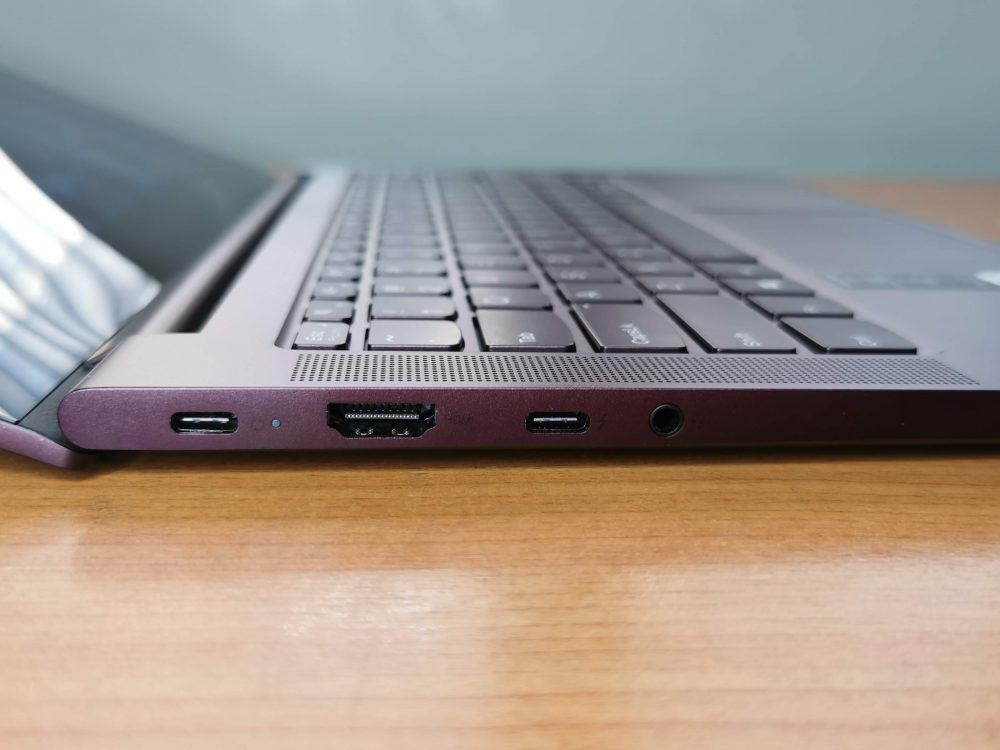 In terms of performance, our unit came with model number 14IIL05 which is equipped with an Intel Core i7-1065G7, NVIDIA GeForce MX350 graphics card, 16GB of LPDDR4X RAM, and 512GB of M.2 PCIe SSD storage. With its hardware, we can tell that the Lenovo Yoga Slim 7 is crafted for yuppies who need the computing performance of a desktop. 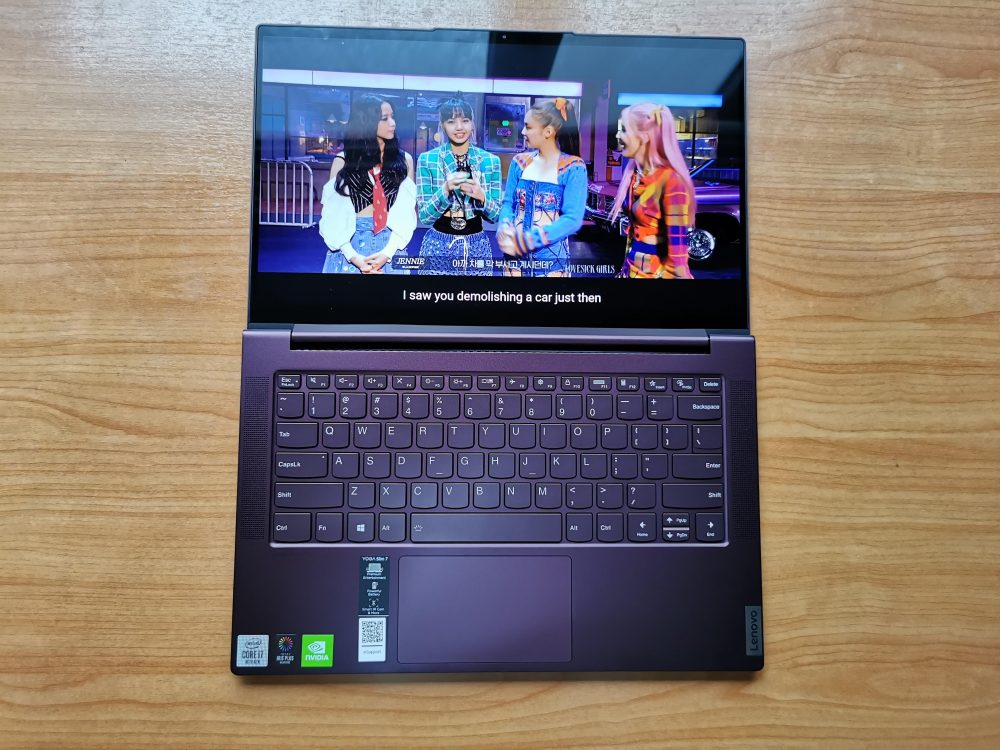 Stay tuned for our in-depth review to see the overall performance of the Lenovo Slim 7. Its price starts at PHP 49,995 for the AMD Ryzen 5 4500 variant with 8GB of RAM and 512GB of SSD. The Intel-powered model that we currently have, however, is priced at PHP 69,995.