After releasing iOS 9.0.1 last week, Apple has released a newer patch to its latest iOS under the 9.0.2 update. As usual, it comes with improvements and bug fixes which you can see below. 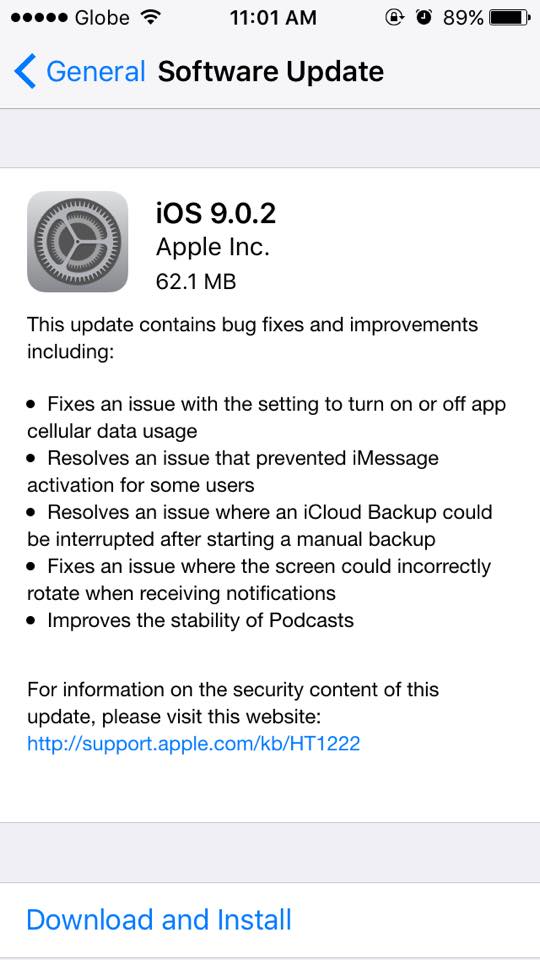