Top 5 Vlogging Cameras in the Philippines under PHP 45,000

Top 5 Vlogging Cameras in the Philippines under PHP 45,000

Vlogging has been around for decades. But, with the current set-up in 2021, the slice of life niche sees astronomical growth in content creators and subscribers. So naturally, everyone wants to know what’s up, what’s new, and what’s in store for their favorite influencers and celebrities.

To keep up with the trend, top camera brands are releasing newer models. All with higher resolutions and in increasingly more compact and lightweight builds. However, in an attempt to offset upgraded key features, vlogging camera prices have since skyrocketed to almost inaccessible price tags. Fortunately, a select few have still managed to stay below lofty retail prices without sacrificing design or functionality.

With that said, the biggest problem you’ll most likely encounter is not the actual budget constraint but the selection. Luckily, we’ve rounded up the Top 5 vlogging cameras under PHP 45,000 (released in 2020-2021) to elevate your content creation to the next level….and save you the headache of choosing the right one. Queue sigh of relief. 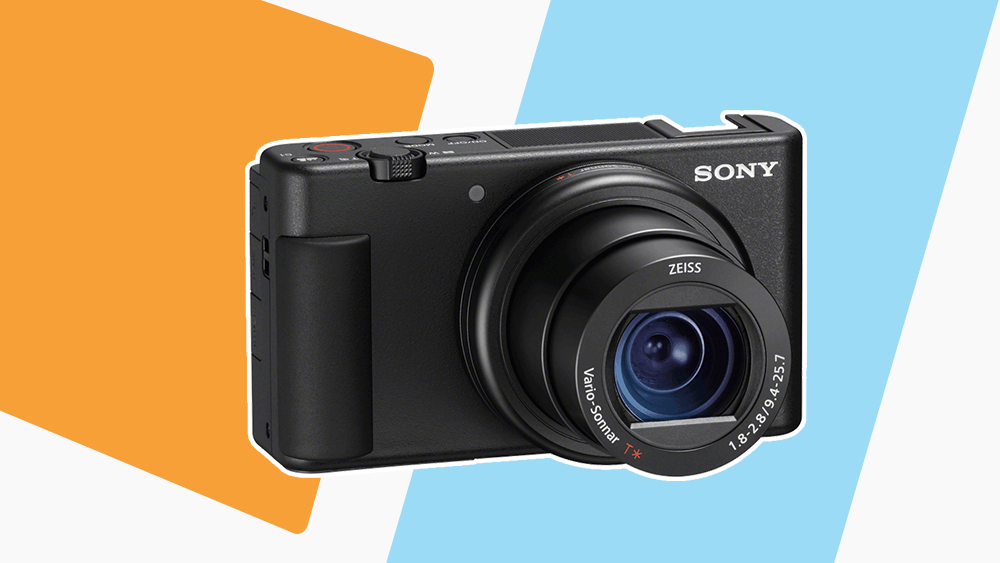 The Sony ZV-1 has been a fan favorite for vloggers since its release. And, for a good reason. Sporting a 20.1MP 1-inch CMOS sensor and a max video resolution of 4K at 30fps, the hybrid point-and-shoot camera is making waves as the best lightweight and compact choice with bang-for-buck functionality. Weighing in at 294g, you’ll be hard-pressed to find a better option that can easily slip into your tote or small camera bag.

And, for Sony fans out there, the ZV-1 also comes with real-time tracking and Eye AF – a feature that is most notable in Sony’s higher-end Alpha Series. Additionally, it is pre-built with an ND filter and Sony’s prized picture profiles, including S-Log2 (perfect for those that want to experiment with color grading).

Other key features include a 3-inch vari-angle touch screen monitor, a built-in lens with 24-70mm focal length, and a quick toggle bokeh button for quick and easy depth of focus adjustment. 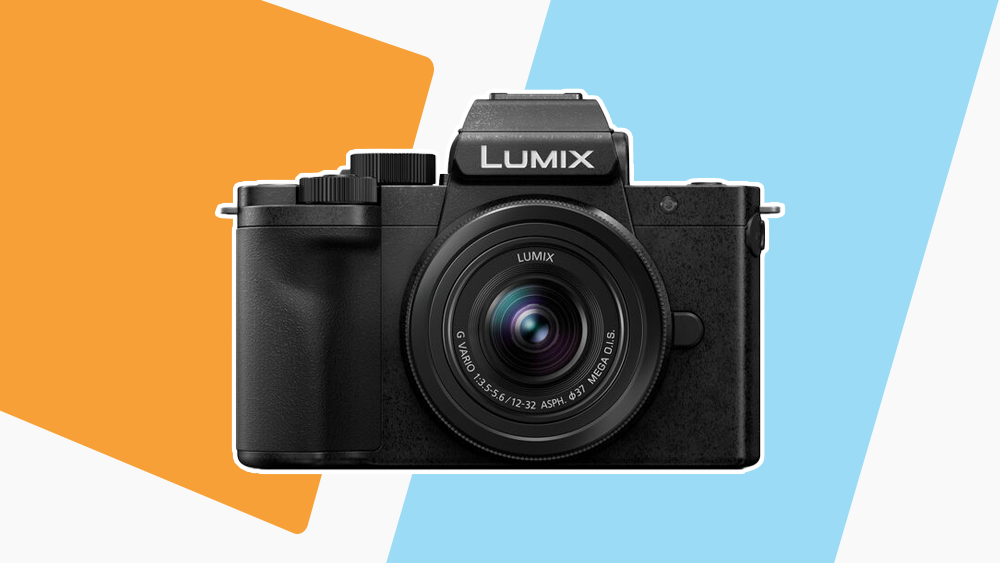 If there’s any camera that personifies the small but powerful concept, it’s the Panasonic Lumix G100. Built small and lightweight for reliable portability, the G100 is the world’s smallest camera with an articulating screen. But don’t let its compact build fool you.

The G100 comes fully equipped with a 20.3MP micro four-thirds sensor and a max video recording resolution of 4K at 30fps. And, for added functionality, it is also the first mirrorless camera to come pre-built with its own audio system. Designed by Ozo Audio by Nokia, the G100 uses three microphones to ensure high-quality audio – even in noisy and crowded environments. In addition, it also comes with a hybrid five-axis stabilizing system that is no match for gimbals but fares pretty well in day-to-day vlogging use.

Panasonic has also incorporated a 3-inch articulating touch screen capable of 1.84M dots, an impressive battery life of 40-45 minutes on video mode, and a dedicated button for transferring footage or photos directly to your smartphone. 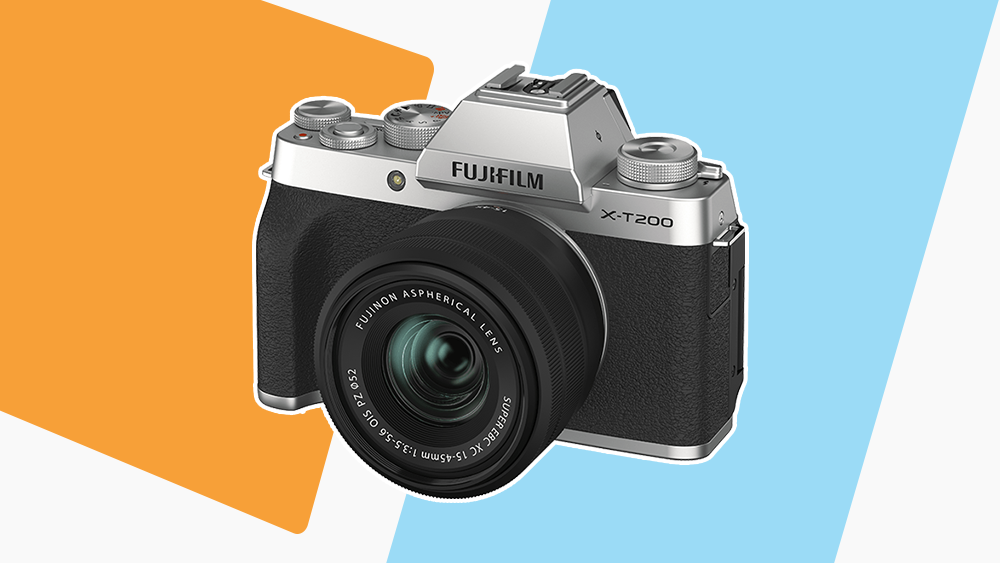 Have you heard the news? Retro is in, and Fujifilm’s X-T200 is nothing short of the style. Sporting an impressive 24.2MP APS-C CMOS sensor and hybrid 4K max resolution at 30 fps, the X-T200 is an attractive entry-level camera that offers both style and functionality.

It features a large 3.5-inch vari-angle touch screen monitor and a built-in digital image stabilization – that unfortunately only works in Full HD mode. But with a 1080p resolution mode capturing up to 120fps, it’s a small trade-off. Not to mention photos and footage come out clearer, crisper, and more dynamic than previous X-series models. 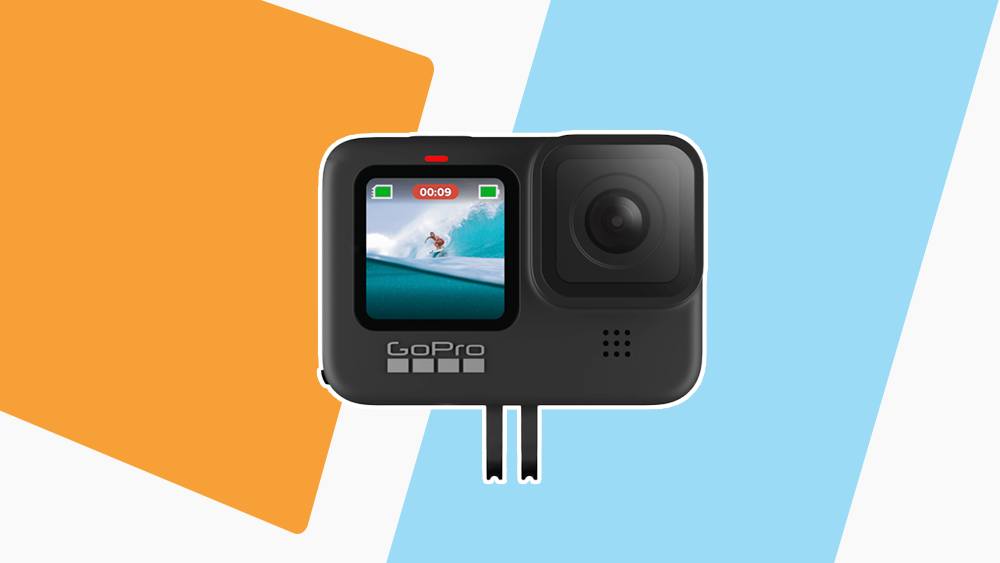 GoPro is nowhere done with its Hero series. And, with the GoPro Hero 9, it’s back with more functionality, more versatility, and more stabilization than ever before.

It’s no surprise that sports and outdoor lifestyle vloggers are flocking over the GoPro Hero 9. Equipped with an impressive 5K resolution at 30fps and 23.6MP ActionSensor, this tiny but mighty camera is a formidable arsenal for any camera bag. But, probably the most highly acclaimed feature of the Hero 9 is its HyperSmooth Boost stabilization mode that allows for silky smooth and stable footage at all resolution and frame rates, which makes it the most reliable and versatile choice for those that love to shoot fast-paced scenes.

In addition, the GoPro Hero 9 also comes with improved battery life, 4K resolution mode at 60fps, enhanced voice isolation, and the new PowerTools that provide an array of easy-to-use software recording tricks. However, it may be worth pointing out that while the front-facing color display is by all means very convenient, it can be laggy at times. The same can be similarly said for its rear touch screen monitor, which is frustratingly unresponsive in more fast-paced situations – where the camera is supposed to excel, supposedly. But we’re willing to let it slide for the price point and 5K resolution mode. 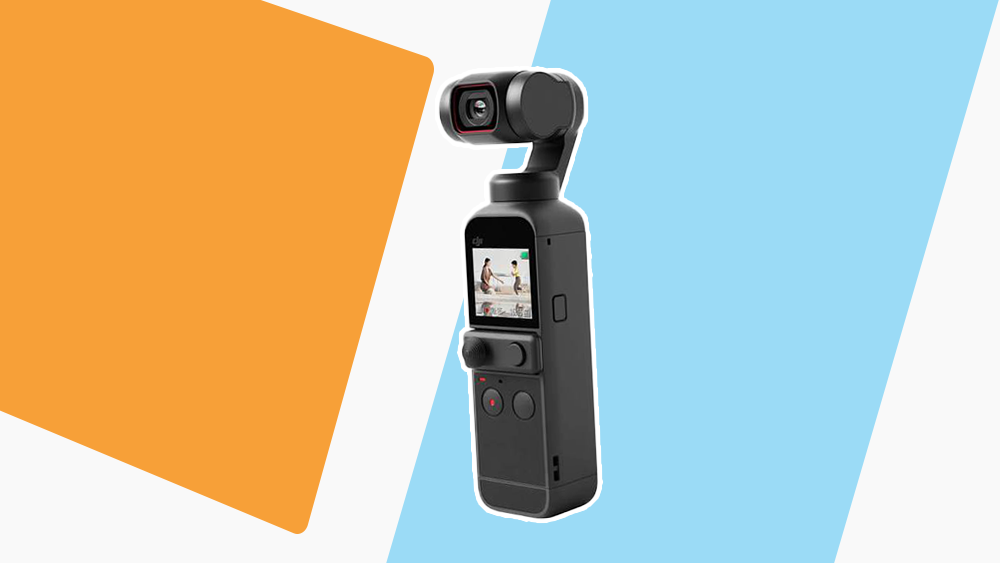 It doesn’t always have to be a battle of the biggest and the baddest. And, if anything, DJI has proven it time and time again. And let’s just say there’s a reason why vloggers and even casual filmmakers are opting for the DJI Osmo Pocket 2 for their daily camera.

Boasting a 64MP image sensor and a 93-degree field of view (FOV), the DJI Osmo Pocket has created the perfect grab-and-go vlogging camera for all types of situations. And let’s not forget that just like all of DJI’s camera line-up, it sports a gimbal-like stabilization with an impressive bonus of lightning-fast object tracking… think of running and getting no motion blur.

Another great feature of the DJI Osmo Pocket 2 is its design. Its ergonomic handle makes its grip and handling second to none. Something anyone who vlogs is likely to appreciate as no one wants to lug around a heavy and complicated auxiliary gimbal.

Contrary to popular belief, what makes great content is not the equipment itself but the person behind it. Of course, you could be using your smartphone and still be making great content that outranks other vloggers with more extensive setups. But, it doesn’t hurt to have a reliable camera in hand to elevate your content. Just remember to stay within your budget and don’t let the equipment run you. After all, creativity and execution are what matters the most at the end of the day.