So Iâ€™ve finally installed the Beta version of Windows 8 on our Sony Vaio P. This device has come a long way and has served us very well ever since we got it. This ultra-portable netbook originally came pre-installed with Windows Vista Starter, and then was upgraded to Windows 7 Ultimate and now Windows 8 Beta.

The upcoming OS version of Microsoft closely resembles Windows Phone 7 which was created for smartphones and tablets. But, is this going to click with the consumers? Or is this going suffer the same fate of Windows Vista? Let me share some changes on the new OS after the jump.

The first noticeable change in the Windows 8 is the Start Menu. I remembered back in the Win95 days when this portion used to be boring and unintuitive. Since then, its looks and functionality have evolved to cope up with the usersâ€™ wants and needs. But no previous upgrade to the Start menu has ever come close to what the developers have done in Win8. It was a complete overhaul on the part of Microsoft as they used the popular Metro UI of the Windows Phone OS for the new Start Menu. Gone are the days of pop-out menu from the taskbar and say hello to the new full-screen Start Menu with colorful and intuitive tiles.

For those of you who have used a WP7-powered smartphone, you may already be familiar with Metro and Live Tiles. But for the benefit of those who have not yet used it, Live Tiles is basically a colored and labeled box that represents an app. A Live Tile can also show notification/s for that specific app (i.e Email Tile can show if you have new message and how many unread messages you have). And Metro is just a name given to the UI used in the mobile version of Windows. Going back to the redesigned Start Menu, as stated above, it is now in full screen and populated by interactive Live Tiles. It is fully customizable, thus users can choose a background, choose which tile they want to see, how big, and where they want to see it. On the top left of the screen, the word Start can be seen. On the top right is the User Profile that is currently signed in. On the bottom right corner, there’s a search icon that also show Share, Devices and Settings. Finding your way amongst the colored tiles will be a bit tricky at first, but after some time you’ll eventually get the hang of it. Iâ€™m interested to know how people will react to this major face lift. 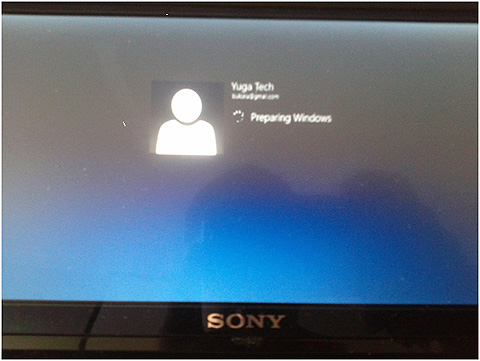 What used to be just a boring identity in the previous versions of Windows has now turned into a portal for everything you may need to keep you connected to your friends and well informed about the latest happenings. As a part of the initial setup, users are asked to make a user profile that is linked to a Windows Live ID. Users can then just associate their Windows Live ID to their online accounts such as FB, Twitter, other email accounts and other online services to be able to communicate, view and share things on the web. One of its benefits is that users will never have to provide their logins every time they want to check their email and social networking sites. They just need to sign in once using their User Profile and theyâ€™re all set.

Apart from the Start Menu, everything is still the same on this Beta version of Windows 8 as far as the user interface and native software is concerned. What is interesting though is that there were additional apps that came with Windows 8. Microsoft’s objective, I think, is to let the customer have everything they need without opening a browser. Iâ€™m not quite sure if these apps are going to be included on the official version, but if it is, it would be really awesome. Here’s the list of app that was included.

Iâ€™m not sure if this is a rebranded version of the Windows Live Mail but it sure looks likes it. If it is the Windows Live Mail, then it’s not actually a feature of Windows 8 for it has been around prior to this OS. As the word implies, the Mail app handles your emails. Users can setup multiple accounts and manage them using this app. As for now, the only supported accounts are Gmail, Hotmail and Exchange. The Mail Tile will notify users of new message/s and on what account.

I think this is just a new name for the Windows Live Messenger. This app lets user to integrate their Facebook (this is the only Social Networking site supported for now) account and chat with their friends. I wish that Twitter will be included in this app once the full version is released. The Messaging Tile will display any received messages.

I was a bit surprised by this app, mainly because I was expecting that this is Windows Media Player. It was nothing close to that. The interface and the features are more similar to Zune than WMP. It shows your Collection (Songs), Spotlight (featured artist in the Market Place) and Market Place.

Similar to Music app. Only differences are the Movies Marketplace and TV Marketplace selection.

Much like any mapping app in mobile devices, this Bing-powered app allows users to search the map for a specific location. Not much of a use if installed on a desktop, unless you’ll print the direction.

This app allows a user to sync their friends’ contact details from various sources like FB, Twitter and email accounts to their PC and access it all in one place. It also shows recent post of your friends which makes managing contacts and being updated a lot less complicated. 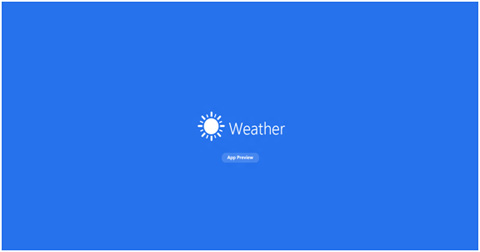 Another Bing-powered app that offers daily and hourly weather forecast. Also shows a satellite view of the location, temperature, precipitation and cloud cover. Location detector is not that accurate though.

Store is a portal to Market Place where users can download and/or purchase apps for their PC.

An app that allows a user to sync their Xbox Live profile (including points, achievement, played games, etc.) to their PC and browse through a number of games in the Games Market Place.

Turns your PC into an Xbox Controller (does not have all functionalities)! Also allows users to manage their Xbox Live profile outside of Xbox.

Windows Skydrive is a cloud-based storage and sharing application that also comes pre-installed with Windows 8. All that is required is a Windows Live ID and registration to the service and the user is all set to share and store files in the sky for up to 25GB.

Another Bing-powered service, it is basically a one-stop-shop for anything and everything about business/finance. Users can monitor how the stock market is trending, who are the movers and by how much. The app also gives a breakdown of how the currencies are faring against each other, shows business-related news around the world and current prices of commodities. The Finance Tile will show the three major gainers and losers in the stocks market and by how much.

I was a bit disappointed about this app because I thought that Microsoft has included a native RSS feed reader on the new Windows 8, but instead it’s just a PDF and XPS reader.

This is not a new app in Windows but it is upgrade. Users can now schedule a reminder inside the app and be notified at the time of the event. It also automatically syncs calendar events on your Windows Live ID to your PC. The calendar tile will display upcoming events and some of its details.

Note: Due to the nature of this Windows 8 version (Beta), some app features are not yet available or fully functional. In addition, some of the features of the app may not be available in some countries.

Here are some other features of Windows 8:

* Enhanced Windows Explorer capabilities.
* New verification methods either by picture password or PIN.
* Hybrid Boot which allows faster boot from shutdown.
* Windows To Go that allows the new OS to be booted from a USB Flash drive.
* New recovery option called Refresh which restores all Windows files without affecting personal files such.

With all of the technology that we have right now, there’s just too many sites and services that we use to connect with our love ones and make us more productive, that it’s almost impossible to keep track of all of these things without forgetting at least one of them. In addition, logging on to each one of them every time can be a pain the neck at times, especially remembering all your credentials. Apart from the totally refreshing look of the Start Menu, I think what Microsoft has done (or still doing) to address this issue is that they integrated the majority of their services in one single intuitive OS. This means that everything a consumer may need is accessible without even opening a browser and the need to log-in can be lessened down to a single instance. This can also be an advantage for Microsoft in terms of marketing because online products and promotions are easily accessible to the consumer without them actually visiting the website.

Microsoft has adopted tons of idea from the success of tablets and smartphones which I think is a very good idea to get desktops and laptops up to speed with other portable devices. But in my opinion, the Windows 8 is more geared for touch screen devices than conventional devices with external input source.

We are thrilled to experience the full version of this OS and weâ€™ll keep you posted once an official (or unofficial) version is available.