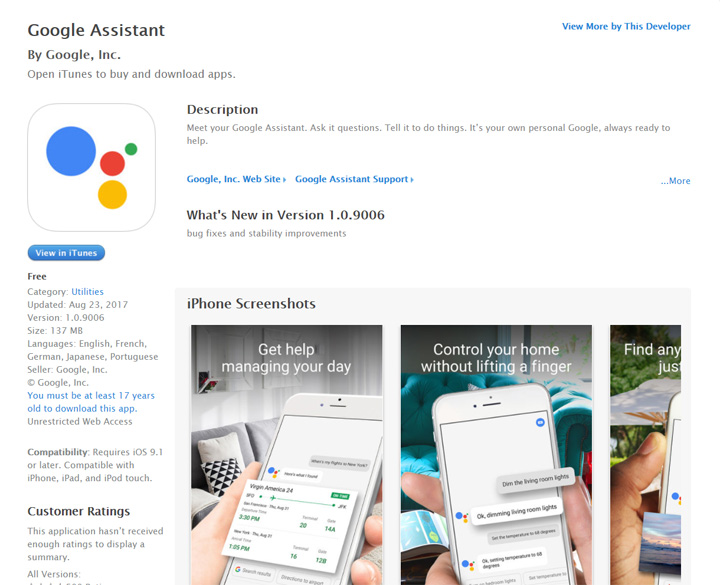 Having a Google Assistant application installed on a user’s iOS devices means that they can have the option of using Google Assistant instead of Siri, although deeper OS integration as with its Android counterpart remain a wishful thinking as of this time.

Some of the features include:

The application’s file size is 137MB, and also requires iOS 9.1 or newer which can be run on iPhone, iPad, and iPod Touch devices.

Google Assistant has been in the US for months now. It has just been made available for iOS devices in some European countries such as United Kingdom, France, and Germany, with a planned rollout to other countries at a later date.