Launched together with the Lumia 520 during this year’s Mobile World Congress, the Nokia Lumia 720 is the Finnish firm’s latest mid-range offering under its Windows Phone 8 lineup. A refresher to the Lumia 710, the 720 packs a handful of nifty features found on its high-end siblings whilst keeping the mid-tier price range. As we’ve pointed out during our first impression , the Lumia 720’s WVGA display may seem unimpressive on paper, especially when placed beside a flagship Android smartphone. But what it may lack on pixel density (which is barely noticeable), the Lumia 720 compensated it with stellar color reproduction, decent viewing angles and good outdoor legibility.

The handset’s color reproduction prowess is very evident when we tried out WP Bench’s display test on it. All the colors in the “Color Band” test are distinguishable as well as in the Black and White tests. As for the “Viewing Angle” test, we noticed some slight fall-off of colors at the corners when the screen is tilted, but nothing really alarming as we are still able to view/read contents without any problems. 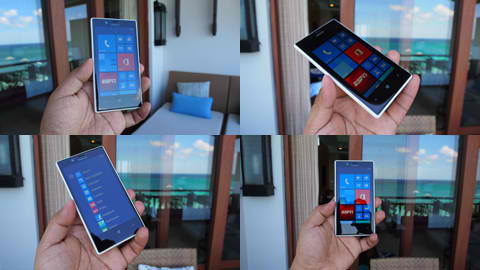 Because of this display feature, watching flicks on a Lumia 720 is nothing short of outstanding. The colors are vibrant, the sound is rich and thanks to its able engine, movie playbacks were smooth with no signs of lag.

Much like the newer breed of Lumia handsets, the 720 enjoys the full slate of features (and drawbacks) brought by Windows Phone 8. On top of the basic in-built WP8 apps, the handset is also equipped with Nokia’s proprietary apps such as Here apps (Drive and City Lens) right out of the gate. 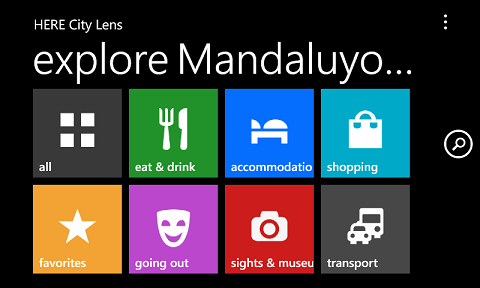 While it may seem that Nokia has everything covered in terms of native apps, the same cannot be said for third party apps. Apart from the fact that “Store” is still catching up with Play Store and App Store, the 512MB RAM of the Lumia 720 also added to our gripes as most of the popular game titles such as Temple Run and Asphalt 7 requires at least 1GB of RAM in order to install.

Besides not being able to install resource-heavy apps, we really didn’t have any major concerns with the Lumia 720’s hardware configuration. Almost all apps ran without any sign of hiccup even when multiple apps are running in the background. Perhaps the only thing that we’d like to see improved in the future releases or firmware update is the load time when opening or switching to an app.

In terms of synthetic benchmark tests, the Lumia 720 fared slightly worse than the more affordable Huawei W1 which a couple of weeks ago. It got a score of 7214 from AnTuTu, 168.52 on WP Bench and 657 on PhoneMark. 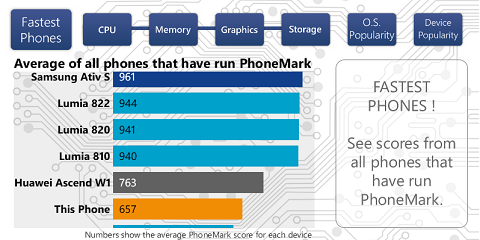 A feature that’s unique to the Lumia 720 is its 6.7MP autofocus main camera. Apart from the odd number, the snapper also has a weird way of coping with different lighting conditions. It performed well on dim situations, even without flash, which is a rare feat for smartphones.

However, in broad daylight, the 720’s camera failed to deliver accurate and consistent performance. In short, it’s gonna be a hit or miss with the Lumia 720’s main camera. Another thing to note here is the camera’s excruciating slow shutter speed that oftentimes results to blurred images due to shake.

Fortunately this is not the case for video recording. Although it’s only capable of shooting 720p clips, the quality we got out from is pretty respectable. Sure, it’s not as good as the one we saw from a Lumia 920, but it’s definitely not as bad as the performance we got when we used the camera for stills.

Unlike the Lumia 820, the battery of the Lumia 720 is not user replaceable. However, the latter is equipped with a larger battery, 2000mAh to be exact, compared to the 820’s 1650mAh. As a result, this handset was able to give us 2 days’ worth of battery life on moderate use. 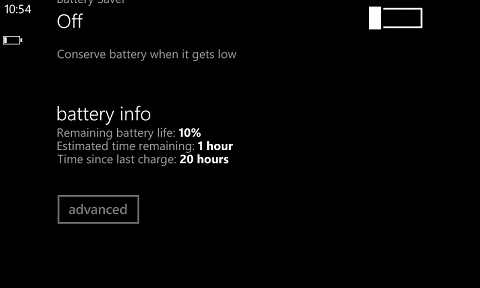 On moderate-heavy use, the handset was able to last for 20 hours with still 10% left. On video playback, we were able to watch a total of 5 movies with an average length of 2 hours and 20 minutes. During watching the film/s, the Lumia 720’s screen brightness and volume are set to 50% and all wireless connections were disabled.

It ain’t easy being the middle child in the family, such as the case with the Lumia 720. While it may not the most affordable or well-endowed among the siblings, some consumers opt for these kind of devices (mid-range offerings) because they feel that it’s the perfect balance between price and performance. 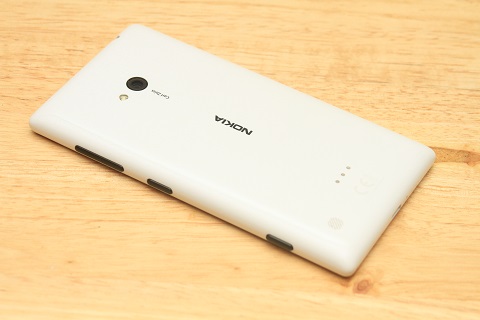 And that’s exactly what we think of the Lumia 720. Of course, as with any mid-tier handsets out there, Nokia had to cut some corners in the attempt to keep the cost at the bare minimum. But considering the additional stuff that comes with the package (proprietary Nokia apps and Wireless Charging feature) on top of its other great features (battery, display and storage expansion), we feel that some of the drawbacks can easily be outweighed by its strengths.

What we liked about it:
• Great performance for a WVGA screen
• Snappy performance
• Outstanding battery life

What we didn’t like about it:
• Inconsistent camera performance
• Lack of apps because of 512MB RAM