The Ascend W1 is Huawei’s first smartphone to run Windows Phone 8. It has the looks, a good set of hardware, and an affordable price tag. Let’s find out how the W1 fares by reading our full review. 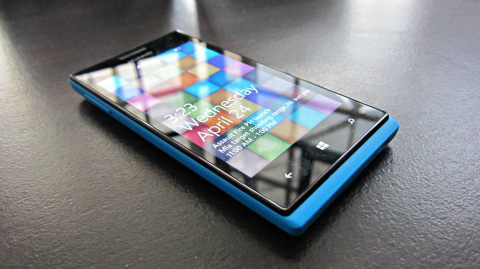 If we were to quickly describe the Ascend W1 we would have to say that it is eye-catching. While the design itself does not break any grounds, its simplicity and splashy colors (we have the “dream blue” model) can surely steal glances. The W1’s body is rectangular with squared-off corners like most WP devices. Found on the front are the 4-inch display, the earpiece, notifications light, VGA front-facing camera and three capacitive buttons.

On the left is the volume rocker while on the right is the dedicated camera button. Right on top are the power/lock button and headset jack while at the bottom is the microphone and the microUSB port. Flip it on its back and you’ll see the the 5 megapixel camera, LED flash, microphone and speaker. The most noticeable feature of the W1’s design is the glossy black bezel that seems to be slapped on top of its body. It doesn’t extend all the way across the device and leaves enough space to reveal the tapered bottom, giving an impression that it has a chin. 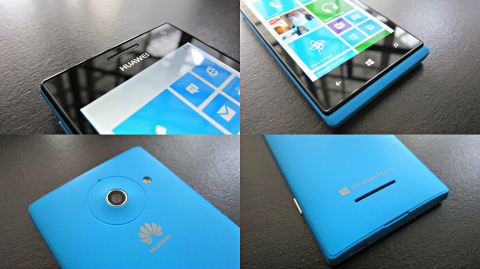 Overall, the Ascend W1 is an attractive piece. It’s not too large and not too small either. In addition, the curved body and the ceramic finish makes the device comfortable to hold and nice to touch.

Huawei is aware that it needs to offer something extra in this category to go head-to-head with the competition, particularly the ClearBlack technology of the Lumias. This is why the Chinese firm outfitted the W1 with not just an IPS screen but also applied OGS or One-Glass Screen technology. Here are some of the benefits that OGS brings to the table: The result is a crisp and clear display with decent color reproduction and amazing viewing angles thanks to it IPS display.

Running the entire show is Windows Phone 8, which is a lot better compared to WP 7. You won’t see much change in terms of looks but it is easier and more intuitive to use. You can now take screenshots, resize tiles, customize the lockscreen, and set your WiFi to always on, to name a few. 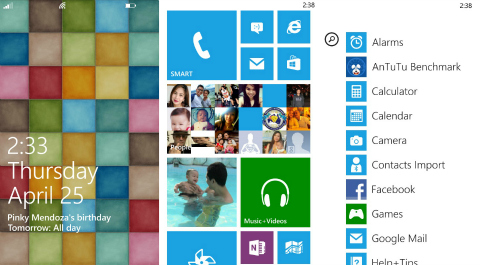 There’s still one weakness though, and that is apps. While there are lots of good apps to choose from, the Windows Phone Store is still no match compared to what Google Play Store and Apple App Store can offer. The 512MB of RAM isn’t helping as well as some apps only work with WP8 devices with at least 1GB of RAM.

Another drawback that this WP8 handset is its puny internal storage which only amounts to 4GB. To make matters worse, you only have a total of 1.7GB to work with as system apps and Windows Phone 8 takes up the majority of its storage. Sure, you can attach a micro-SD card, but that won’t do you any good since installed apps eats up the internal storage, not the external. So unless a nifty workaround is discovered, you’d have to live with this minor setback if you plan to get this phone.

Huawei equipped the Ascend W1 with a 5 megapixel AF camera with LED flash. In addition, it also has a VGA front-facing camera which is ideal for Skype video chats. The rear camera shoots decent images especially in bright conditions. Color reproduction is good but there are some shots that appear washed out.

Camera focus is a bit slow though as it needs 2 seconds to lock on the subject, macro shooting performance is limited, and it is not fast enough for moving subjects. Still, the images taken will suffice for uploading to social networking sites. Take a look at the sample images below:

As for low-light shooting, the LED flash works well in illuminating the subject 3 to 5 feet away but expect some blurring and lots of noise. Take a look at the sample shot below: 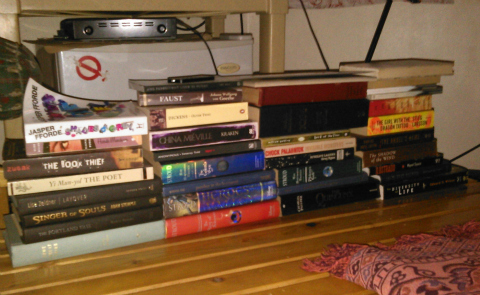 If you like shooting videos, the 5 megapixel camera can record videos in 720p resolution at 30fps. Take a look at the sample video below:

The Ascend W1 packs a Qualcomm MSM8230 Snapdragon 1.2GHz dual-core processor with 512MB of RAM. Windows Phone 8 runs smoothly on these specs without any noticeable lag. However, it could use a little bump in speed when launching apps. We did a series of benchmarks using AnTuTu, WP Bench and PhoneMark and here are the results: 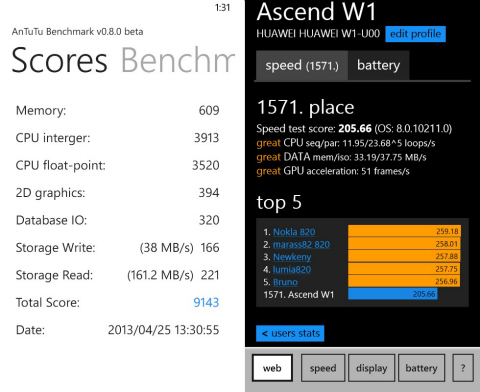 As for battery life, the W1 comes with a removable 1950mAh battery. With constant WiFi connectivity, light gaming, heavy SNS, and moderate texting and calling, the Ascend W1 was able to last for a day and a half which is really good.

To conclude, the Huawei Ascend W1 is a strong Windows Phone offering. It has a solid construction, attractive design, great display, decent camera, and a really good battery life. The only real downside we see here is the 512MB RAM as it limits the amount of applications it can run from the Windows Phone Store. 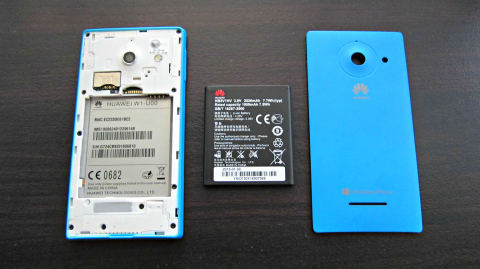 On the bright side, it has an affordable price tag of Php8,990. So whatever it lacks in performance it surely makes up for in value for money.

What we didn’t like about it:
*512MB RAM
*Limited internal storage
*Average camera performance