Casio announced its first Android Wear smartphone exactly a year ago, and like most devices, it gets a successor after its anniversary hence the new Smart Outdoor Watch. 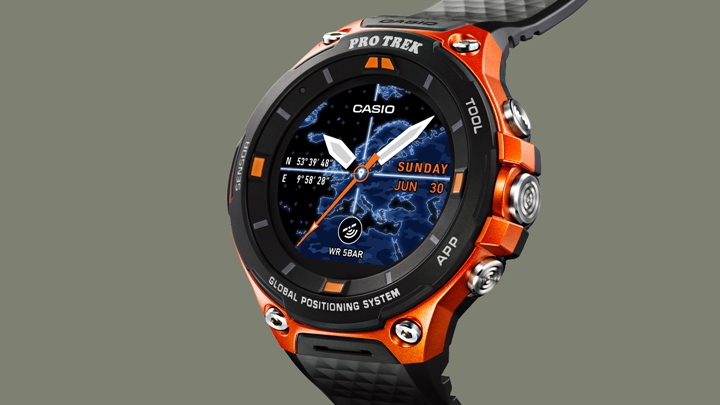 The Casio Smart Outdoor Watch WSD-F20 adds its predecessor’s most needed feature — GPS. Since you now have a built-in GPS, you can also download maps from Mapbox and use them offline. Of course, the GPS sync with the user’s activity to record its movement without the need for a smartphone.

The redesigned watch is a bit more rugged and less friendly as there’s notably less orange and more black. It’s still not a full-circle display as the sensors and drivers are kept on its lower chin. It runs Android Wear 2.0.