Dropbox has officially launched Dropbox Transfer, a feature that allows users to send files to someone. Dropbox first rolled out Transfer in beta to select users. 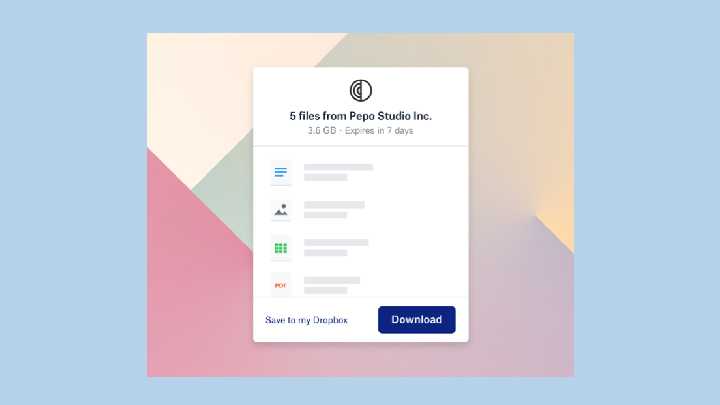 Dropbox says that it’s more of a “send-it-and-forget-it” solution, designed for those who need to turn over final files to clients and other people outside of the user’s company. With the Transfer feature, users can just deliver files to someone without having to share access to the user’s personal copy of the file. Recipients won’t be able to edit the files within a transfer, the owner of the file can also set a password and see the number of times the transfer was viewed and downloaded and transfers automatically expire after 7 days.

Additionally, Dropbox users can start transfers from the Dropbox desktop and iOS apps, in addition to the Dropbox website.

The transfer feature has a size limit, and it depends on the plan a user has: