According to Commissioner Raymund Liboro, his team has been receiving reports from different sectors about the sudden increase of dummy accounts on Facebook using the actual names of people. Most of the reports are from academic institutions. 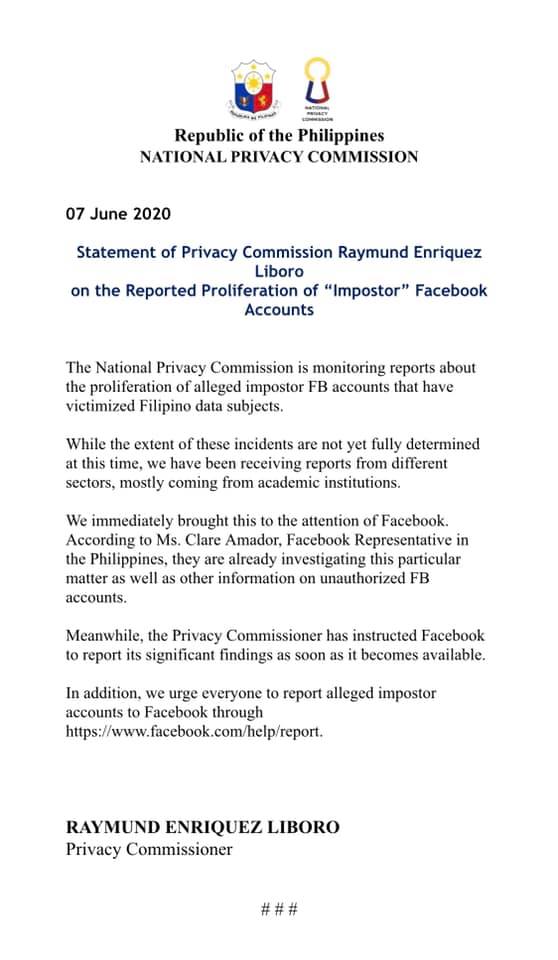 The commission already brought the issue to Facebook through its representative in the Philippines, Clare Amador. Facebook’s Philippine team has started its investigation on the matter, including the leads on unauthorized accounts. Findings from the investigation will be reported by Facebook as soon as possible to the NPC.