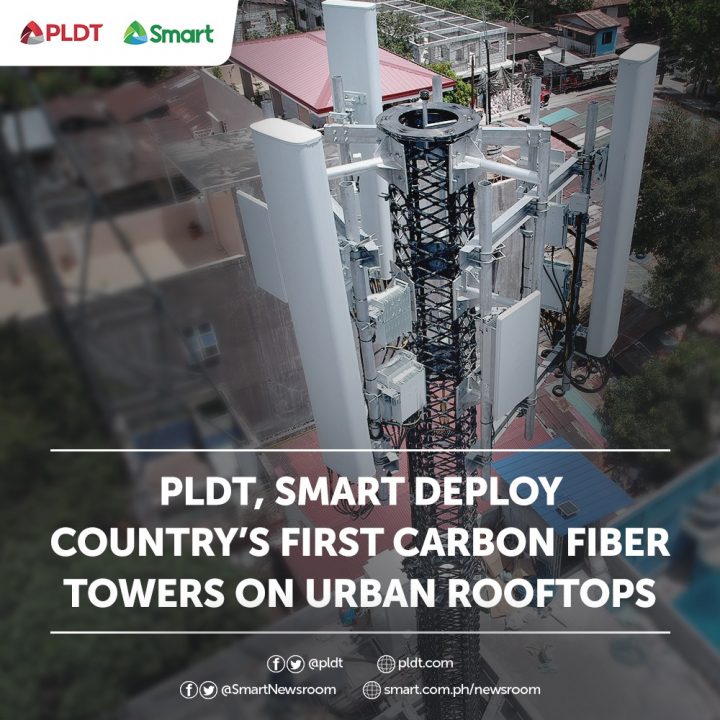 According to Mario Tamayo, PLDT and Smart Senior Vice President and Head of Technology, the deployment of carbon fiber towers would support the telco’s LTE and 5G rollout. Carbon fiber towers are identified to be significantly lighter than steel towers, as well as easier to transport and install. Additionally, the telco mentioned that they are made of non-corrosive materials, requiring almost no maintenance.

The Telco states that these towers are ideal to be deployed on rooftops and coastal sites, especially in metro areas where the demand for LTE network expansion and new 5G rollouts require additional tower solutions.

“Not only would these towers help roll out our network faster and more efficiently, these also reduce our companies’ environmental impact, as the manufacturing process emits up to 70 percent less carbon dioxide, compared with steel of comparable strength,” said Meinardo Opiana, head of transport network and support facilities planning and engineering at Smart.

Smart has installed its first carbon fiber tower in Quezon City recently. To recap, Smart’s mobile network covers 96% of the population from Batanes to Taw-Tawi. On the other hand, PLDT’s fiber infrastructure is the country’s most extensive at more than 478,000 kilometers.