Xiaomi Youpin has released a new UREVO Umbrella equipped with features such as LED lights, reverse folding, and a one-second opening mechanism. According to Xiaomi, the UREVO portable Umbrella contains three high-brightness LED lamp beads with an illumination distance of up to 10m. The lamp can be adjusted to allow illumination on the user’s path. Plus, it serves as a beacon for on-coming vehicles at night. Although there is no dedicated switch on the bar to turn the light, it switches on when the handle is rotated. 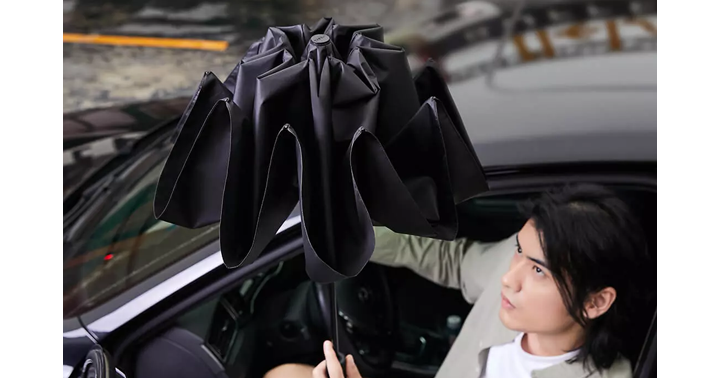 The UREVO umbrella uses a 210T high-density cloth material with a hydrophobic coating, allowing water droplets to slip off. Additionally, the umbrella has an anti-UV layer with a sun protection factor of up to UPF50+. A vinyl coating is located inside that blocks light and heat. As for its build, eight fiberglass umbrella ribs form the frame. The UREVO umbrella is priced at CNY 69, and is available in the Xiaomi Youpin website.