On May 15, gamers from all over the country (and the rest of the world) will be glued to their PC screens for the grand opening of the Diablo 3 servers. Everyone is eager and so are we.

And yes, we know, everything’s been prepared — a newly upgraded PC, a brand new gaming mouse and keyboard, a large monitor, a headset or speakers and Red Bull. 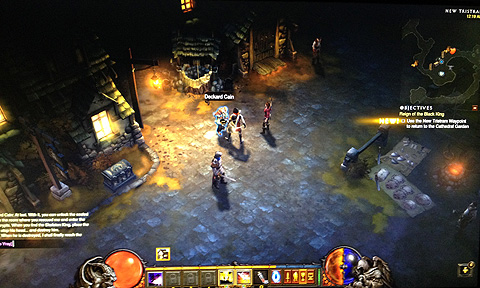 Everyone’s pre-ordered a copy and installed it before hand. The checklist is all crossed-out — except one.

Will your ISP stand the test of time? During the trial run last April, a lot of people complained about how slow the their ISPs were. Sometimes it lags, sometimes it disconnects. Worse if it cuts you off completely during the heat of the battle. This may have prompted a lot of gamers and enthusiasts to actually re-evaluate their current ISP subscriptions. Turns out that some type of connections are not good for online gaming such as Diablo 3. One of the most frequent mentions I read about is cable internet and I would not be surprised if fixed wireless and even WiMax suffers from the same fate (mostly, latency problems).

I’d like to throw out a quick survey and see if people out there who are waiting for Diablo 3 are satisfied with their ISP’s performance.

Article Under:diablo 3 diablo 3 philippines download diablo 3 how much is diablo 3 in data blitz