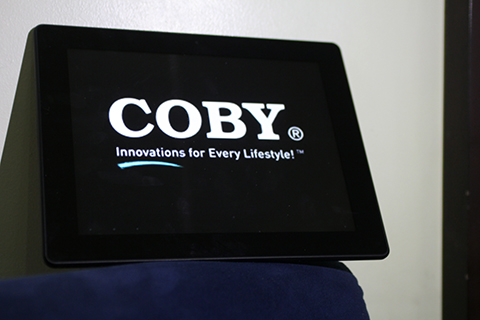 In all honesty, there’s all there is to this tablet from the previous one. It has a bigger screen (9.7-inch) with an (1024 x 768) SVGA resolution and twice as much built-in storage (8GB) than the MID8042. Everything else, from the design to the specs, is virtually identical. So instead of repeating ourselves, we decided to just to a short clip of its unboxing and quick tour of the tablet.

The Coby Kyros MID9742 sells for Php8,789 at Lazada which is Php3,600+ more expensive than its smaller sibling. Truth be told, we donâ€™t think that the price difference isnâ€™t worth it, but if you like what you saw with the MID8042 and you have cash to spare for a bigger screen and storage then go for this tablet.