Just recently, Dell introduced its newest 2-in-1 device that aim to address the needs of busy individuals looking for the convenience and portability of a laptop and tablet in one. Is it a good option from the other 11-inch devices around? We find out. 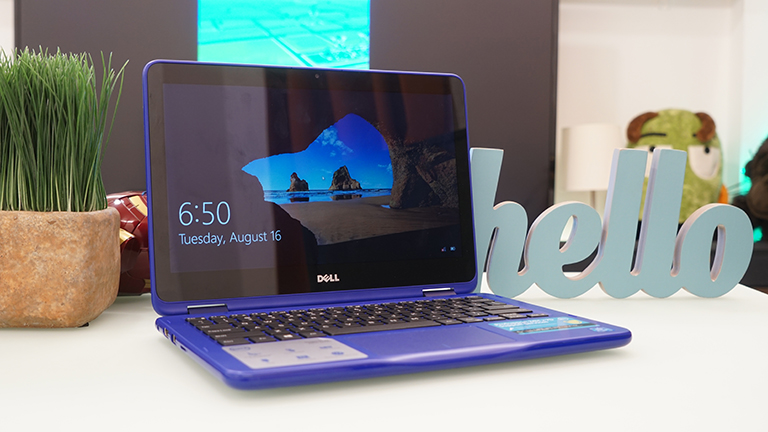 Sporting an 11.6-inch display, the Inspiron 11 has a glossy finish for its screen and is surrounded by fairly thick bezels. There’s the usual branding in the middle area which is subtle yet shiny enough to be noticeable. The entire device is housed in a plastic shell which makes things light but doesn’t really add a premium look. Although, having a feel of its body tells you that it is well made and isn’t flimsy. Additionally, its choices of vibrant colors add a youthful touch to the overall physique 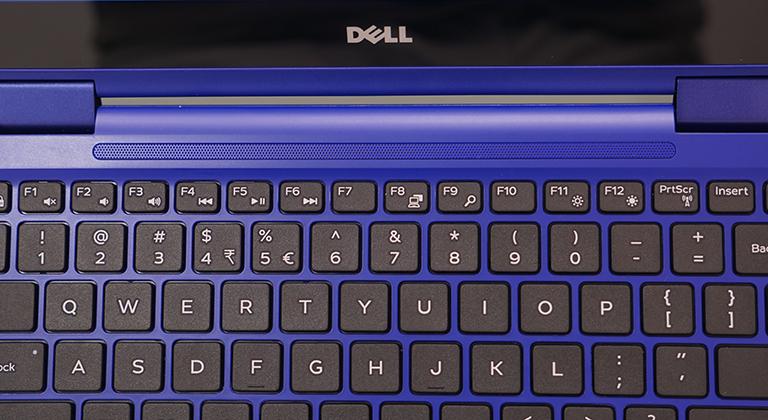 The speaker grille is located on top of the keyboard which is a more preferred option rather than putting them under the chassis. This should project sound towards the user for better immersion. 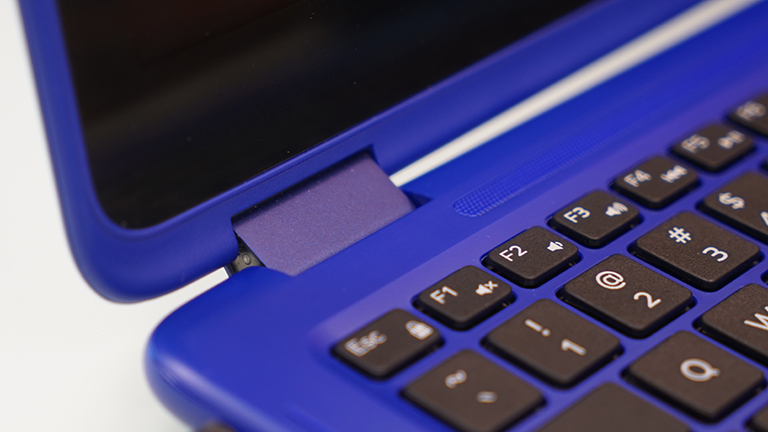 What makes this laptop a bit more unique than the others is its capability to be used as a tablet. This is possible thanks to the implementation of zinc alloy 360 hinges that flips the display all the way to the back to convert it into an 11-inch tablet. Once in tablet mode, the keyboard is automatically disabled so no accidental input will be triggered. 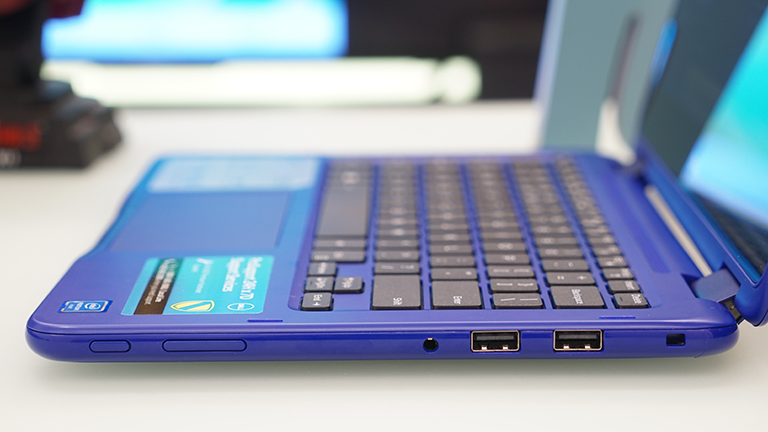 The power button is located at the right side next to the volume rocker. We noticed that it’s a bit easy to accidentally press so that’s something to be careful about when using the Inspiron 11.

Additionally, there are also two USB 2.0 ports on this side in addition to the audio jack for plugging in additional earphones. Meanwhile, the left side houses the single USB 3.0 port, HDMI port, and a card reader. Also seen here is the power input for charging the laptop. Although made entirely of plastic, the Inspiron 11 3000 doesn’t attract too much fingerprint or smudges on its shell. 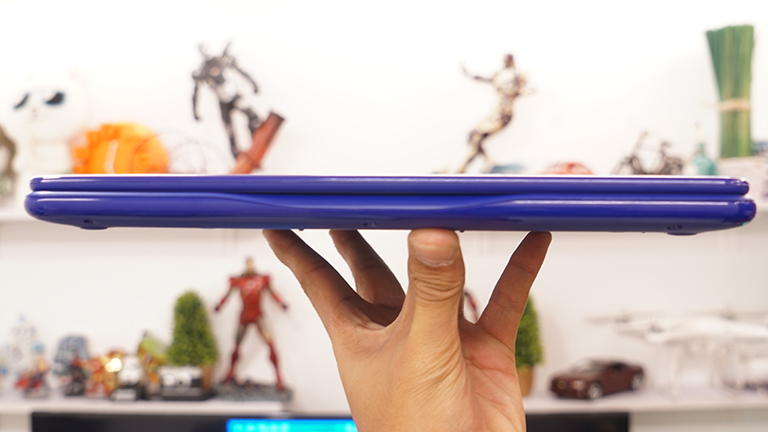 Weighing in at 1.3 kilograms, this 2-in-1 isn’t exactly the lightest of its kind but could still be carried around easily. It also has a bit of thickness to it but not enough to consider it a negative trait. 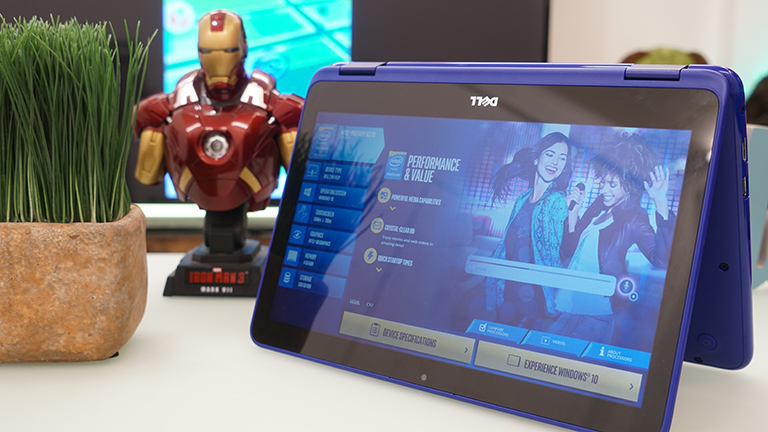 The Inspiron 11’s touch display comes fitted with a 1366 x 768 resolution which proves to be enough for its screen size. While watching a couple of movies on it, the colors are decent and brightness is satisfactory.

We did notice, however, that viewing angles suffer both indoor and outdoor. Its glossy finish doesn’t help in this aspect, either.

Sound-wise, the front-facing speakers provide decent audio quality. It also features MaxxAudio by Waves that you could tweak and play around with on the settings menu. Overall, we would still prefer watching content on the laptop using a good pair of headphones.

The Inspiron 11 3000 runs on a 64-bit Windows 10 OS with minimal clutter. That means pre-loaded apps were kept to a minimum which is good since it saves on its 500GB HDD storage.

Navigation is the same as you would on a normal system such as this but we experienced some slight lagging when launching and closing apps. 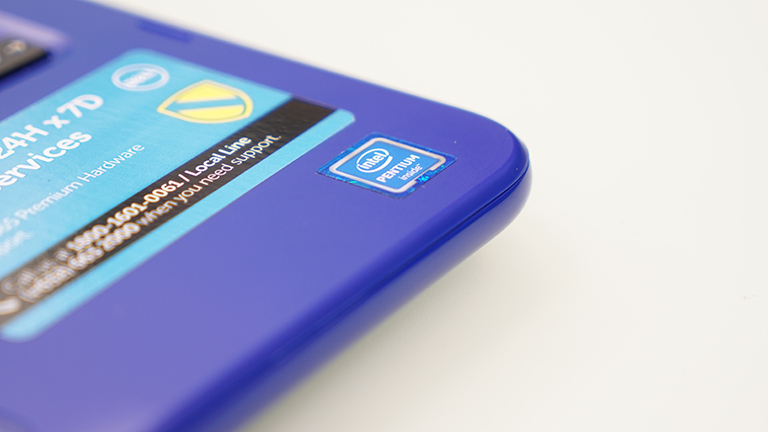 Running on an Intel Pentium N3710 processor which is backed by 4GB single channel DDR3L RAM, the Inspiron 11 3000 takes on casual tasks easily. We used it for editing photos and video using Adobe Photoshop and Premiere, respectively, and it could handle rendering large images and exporting Full HD video without any hiccups.

Although, as we’ve mentioned previously, we did experience slight lags but we believe this is mostly on the software’s side.

Shifting from laptop mode to tablet mode comes in handy when you need to browse or check something online while you’re on the go. The metal hinges also proved to be tough and sturdy during our time with it. 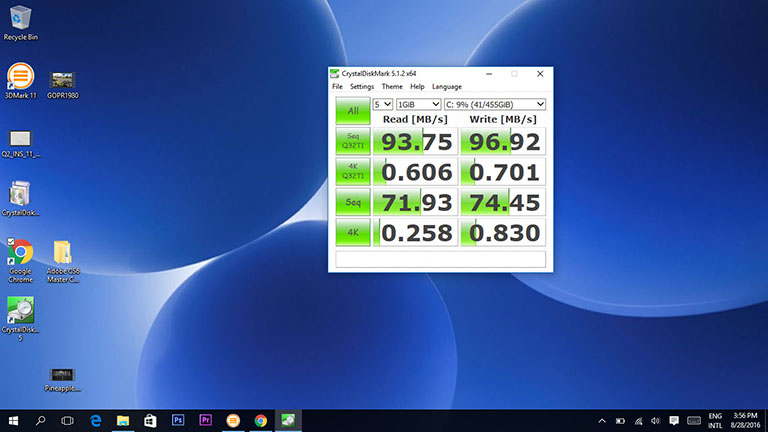 We ran our benchmarking apps on the device to let you compare it with other devices in its category. After installing 3DMark and Crystal Disk Mark, we got the following scores:

Meanwhile, we also looped a video to get an idea of how long its battery could last. With screen brightness and volume set to 50% and Airplane mode turned on, we were able to squeeze out 6 hours and 27 minutes of continuous playback before the battery ran out. Although it’s not the thinnest and lightest laptop in the market and even though we have some gripes on its viewing angles, the Inspiron 11 is still a handy laptop to have around if you’re looking for a decent workstation that comes affordably.

Priced at Php23,790, the Dell Inspiron 11 3000 2-in-1 is a good option for those that are always on the go and with its playful color variations, it should have no problem appealing to the youth and executives alike.