Last September, Amazon announced two new tablets – a 7-inch and an 8.9-inch Kindle Fire HD. While the 8.9-inch is a new offering, the 7-inch is the successor to the popular and very affordable Kindle Fire. Now equipped with an HD display, new design and improved internals, let’s see what this slate has to offer by reading our full review after the break. 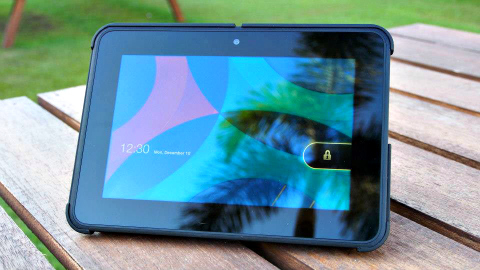 The Kindle Fire HD is more like an evolution instead of an upgrade from the original Kindle Fire. It now sports tapered edges and a wide bezel to provide ample space for the thumbs. Because of that it is definitely wider, a bit taller, but thinner and lighter. 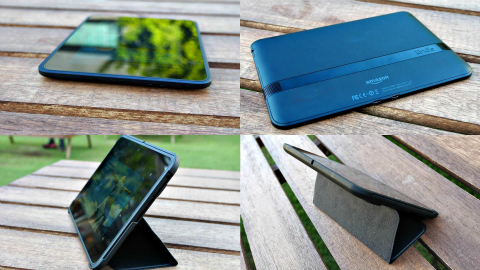 Placed on landscape, on the front is the 7-inch IPS capacitive touchscreen framed by an inch of space on each side while above it is a 1.3 megapixel camera for video chatting. On the right is the headset jack and the power/lock button and volume rocker which are neatly etched into the body. Right on top is the microphone while at the bottom are the microUSB and HDMI ports. Flip the Fire HD on its back and you’ll see the same matte finish found on the original Fire but with a new glossy strip across the back which extends up to the sides where the speakers are located.

Having the HD suffix, it’s obvious that one of the Fire HD’s main feature is the display itself. The original Kindle Fire has a resolution of 1024 x 600 pixels (170 ppi), which can already be considered as very acceptable for a 7-inch tablet. In the Fire HD, the resolution was increased to 1280 x 800 pixels (216 ppi) – the same resolution as the Google Nexus 7. 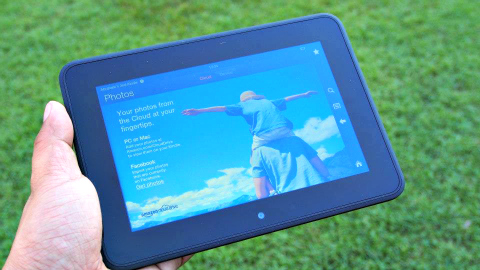 This is the part that makes the Kindle Fire HD different from other tablets. Although powered by Google’s Android Ice Cream Sandwich, it is heavily customized to match the device’s function. Instead of having widgets or grid of apps in the homescreen, you are greeted first by a carousel of recently opened apps. To describe the experience, it feels like you’re browsing through a shelf in a bookstore or a video rental shop. 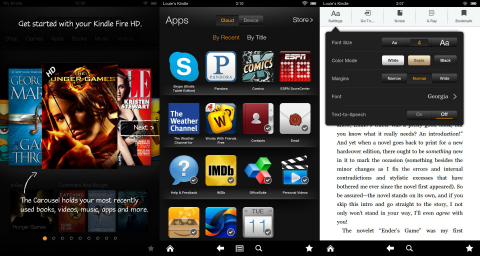 Tapping the categories listed above the carousel brings up the grid of apps which are either stored in the cloud or on the device itself. You’ll get the same arrangement when browsing your collection of Books, Games, Videos and Music.

Like other Kindles, the Fire HD’s purpose is to promote content from Amazon. For that reason, an Amazon account is required before you can fully utilize the tablet. If you need to download an app or media, a quick tap on the Store tab brings you a wide selection of content to choose from. Big apps like Facebook, Twitter, Angry Birds, Temple Run and Skype are there but misses out on Google basics like GMaps, Gmail, Google Talk, etc. Amazon even uses Bing as a default search engine for its Silk browser. 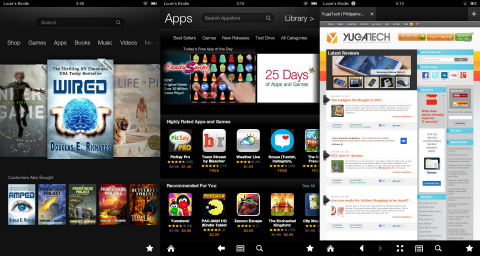 Although you have the full power of Amazon in your arsenal, getting content from it can be really tricky. When I was still using the original Kindle Fire I can download any app I chose as long as it is free. I’m only notified to update my account with a credit card if the app needs to be paid for. Amazon obviously changed its policies as you now need a credit card info attached to your account to download anything. Okay, no problem, I used my GCash American Express credit info together with a valid US address. Just when I thought everything is okay I was then greeted by this message:

I got frustrated and decided to let it go. The next option was to sideload the apps that I wanted. Out of the five APKs I downloaded only two got installed which is Angry Birds Star Wars and MX Player. I tried using another feature called Amazon Prime which allows you unlimited instant streaming of movies and TV shows. I gave Transformers: Dark Of the Moon a try but was given this message:

After that I just stuck to downloading Kindle book samples and sideloading my own eBooks. As it turns out, Amazon has a lot of restrictions now which, unfortunately, doesn’t play too well here in the Philippines.

The Fire HD has 1.3 megapixel front-facing camera which is good for video chatting. Unfortunately, there’s no other way to access the camera except through Skype. 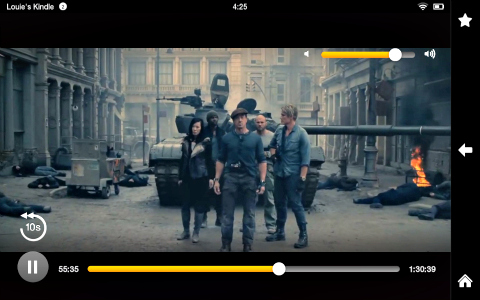 As for music and video playback, the Fire HD can handle it well. Sounds are clear and crisp thanks to its dual stereo speakers with Dolby Digital Plus sound enhancement. Its default video player can play mp4 file formats but not AVI. I was happy to see MX Player in the Amazon app store but its pretty much useless since I can’t download it. Good thing I got it sideloaded and was able to watch my movies.

The Fire HD uses a dual-core 1.2 GHz Cortex-A9 processor with 1GB of RAM and PowerVR SGX540 GPU. On paper it seems like an entry-level to mid-range tablet but it handles its own well. Animations and transitions are smooth but lags can be noticed every now and then but can be ignored. However, I experience a substantial amount of lag when browsing sites using its Silk browser.

As for battery life, most of the time I use the Fire HD for web browsing and reading eBooks. With that use the tablet can last for 2 days. But add games and a few movies expect the Fire HD to die out under a day.

The Kindle Fire HD, hardware-wise, is an amazing tablet. The build quality is good and the display is great. Even with its modest hardware specs, the tablet still performed well. Software-wise, Amazon’s UI looks amazing but sometimes feels confusing especially for someone who is used to a normal Android tablet layout. 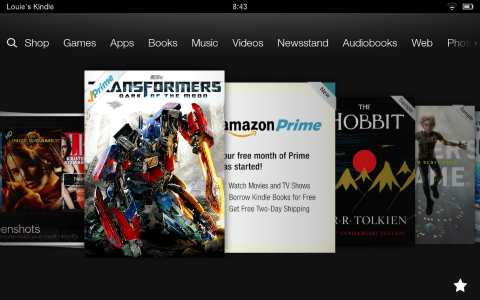 The Amazon ecosystem, however, is a double-edged sword. Amazon Prime on its own is already a powerful feature. You’ll get tons of media content ranging from books to movies to TV-series. I don’t think Google or Apple has caught up to that level, yet. However, I find its own app store a bit lacking and its restrictions very inconvenient. In addition, Amazon designed the Fire HD’s system to be sealed shut. Meaning it would be extremely difficult to make the Fire HD do things outside its intended usage. Thus the difficulty in sideloading some apps and making it function like a normal Android tablet. 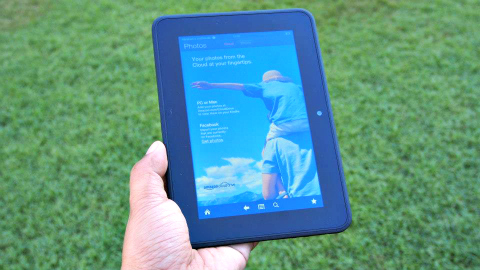 Is the Kindle Fire HD worth buying? If you’re looking for a great eBook reader with a full, optimized access to the Amazon Store’s massive amount of content, and granted that everything works as intended, then the Fire HD is definitely recommended. But due to geographical restrictions and Amazon account issues I’ve been experiencing, I’d rather go for a Nexus 7 or an iPad Mini.

What we didn’t like about it:
* Geographical restrictions
* Amazon account issues
* Closed ecosystem
* Limited apps compared to Google’s Play Store