There are reports of a new lineup of Nexus devices to be launched at Google’s I/O event. Included in this supposed list is the Nexus 8 which, according to sources, possibly exchanged Qualcomm’s Snapdragon for Intel’s 64-bit quad-core processor and an updated Android version. 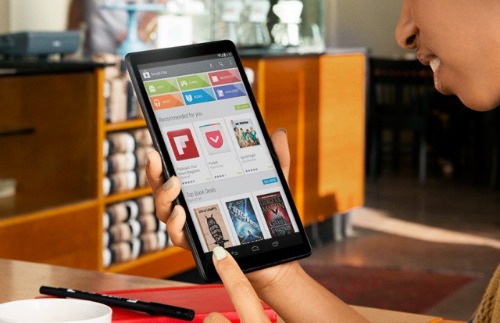 Google explains that the 7-inch market has been over-saturated, with other brands offering cheaper alternatives to consumers. This is the very reason the company is shifting its attention to tapping the 8-inch market for tablets. Originally the Nexus 8 was said to come late April 2014 but was pushed back to the second half of the year, coinciding with the rumors that the new Intel processors were to arrive at the same time.

Intel’s newly-announced processor, the 64-bit quad-core Atom Moorefield, is expected to clock up to 2.33GHz and would feature an enhanced GPU and support for faster memory. This Series 6 GPU, when shipped with the Intel-equipped Nexus 8, would most likely be a PowerVR G6430 that claims to be 20 times faster than Series 5 cards and five times more efficient. In addition, ASUS might once again be the company behind the Nexus 8.

To top it all off, not only devices will allegedly be introduced at Google’s I/O event on June 25, but we may also be seeing the latest update to its Android software. Following KitKat, rumors dictate that next upgrade will be named ‘Lollipop’.

So far that’s all the current buzz regarding the Nexus 8 tablet, and you know how it works — nothing’s final until it has been announced. So be sure to keep on watching this space.

This tablet will be made by Nokia and it will be dubbed as Nokia Nexus 8 X
I will definitely buy this one.

Wow looking forward to this one! Idea guys how much?

My trust level for google’s nexus line is 10/10. I will wait for this.

does it mean 8 inches to?