Second encounter with the Asus Taichi

Second encounter with the Asus Taichi

Ever since I first saw the Asus Taichi during Computex in June, I’ve always wondered how the dual-screen form factor would work and be practical. Since then, we’ve had several encounters with the Taichi but only recently we’ve had enough time playing with it. 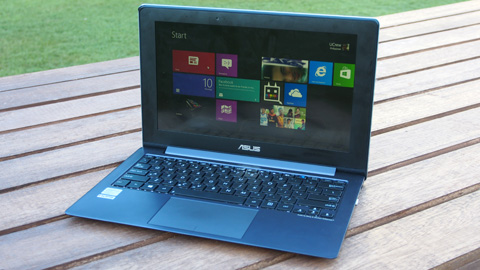 Asus’ concept with the Taichi was hedged on the idea that Windows 8 allows for a seemless experience between the tablet and the PC. With the Taichi, you get a regular functional laptop (ultrabook) and then use the 2nd screen (the back side of the lid) as a tablet.

This approach offers a dual-purpose machine that acts both as a regular laptop and a touch-screen Windows 8 laptop. 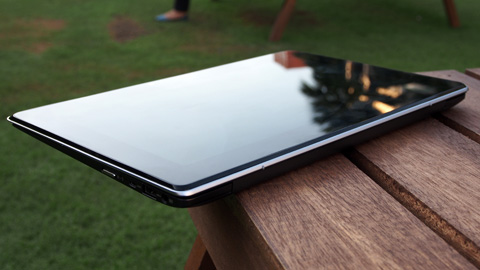 Right out of the box, the Taichi is an impressive ultrabook. It’s very thin and feel even lighter than the 11.6-inch Zenbook Prime and Macbook Air that I’ve been using for months. The chassis feels very solid with that aluminum material. The edge is less prominent with the wedged-shaped design compared to the Zenbook. The display at the back of the lid gives it glossy look that’s very prone to smudges and fingerprint. The Windows 8 logo is also prominent at the bottom end (surprisingly, no Asus logo in there). The front panel display is not touch-screen, like the one at the back.

You could get a bit confused between the two screens that you’d sometimes mistake which one has the touchscreen and which is not. 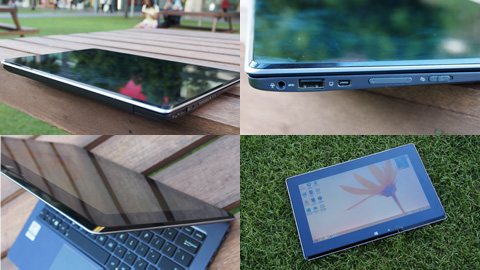 We obviously think there’s some much-needed learning curve here since the case-use for the tablet-ultrabook hybrid of this kind is really unique. Either you treat the device as a pure ultrabook an then switch the Windows 8 tablet when the lid is completely closed. We have yet to see a solid practical use for the dual-screen mode though. Perhaps an exhibitionist gamer or graphics artist might want to share his work via the second screen could find this useful? We wanted to look past the gimmicky dual-screen but could not shake the impression after a week.

The Asus Taichi is a solution looking for a problem. In any case, we think this is more of a showcase of technology and innovation rather than an attempt to be a best-seller.

The hardware specs though is pretty impressive. This model has the same configuration as my Zenbook Prime: