After turning Messenger into a platform, Facebook has unveiled a new algorithm that will detect incomprehensible languages, aiming to improve communications in the social media platform by filtering them out. 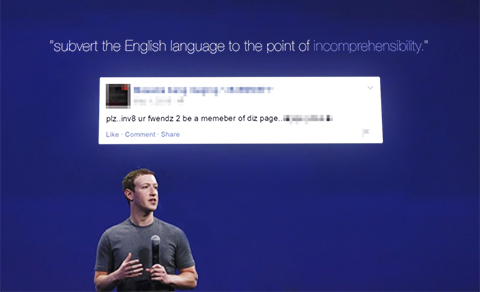 Basically, this means that incomprehensible languages such as “jejenese” (as defined as Wikipedia as Jejemon Sociolect) will no longer appear on the News Feed. In addition, Facebook will be warning accounts with false names and confusing information written in such before suspending.

Several hundred Jejenese experts were hired to complete the database of jeje words to be banned which took 6 months to complete. Facebook is also adding a “Report a Jejemon” button so users may submit FB updates in jeje that went past the filters.

The implementation is being tested on a limit basis but should completely roll out very soon as indicated in reports. Zuckerberg states that with face recognition technology and image analysis, it won’t be long before the company develops a better filter for jeje photos that will be appearing on the News Feed.