A recently released report by Pew Research Center has shown that 73% of Filipinos believe that it is important for the people to have access to the Internet without censorship or government interference.

PRC’s report examines whether people in emerging and developing economies think it is important that people have access to the Internet without government censorship. The surveys were conducted in 24 countries including the Philippines. 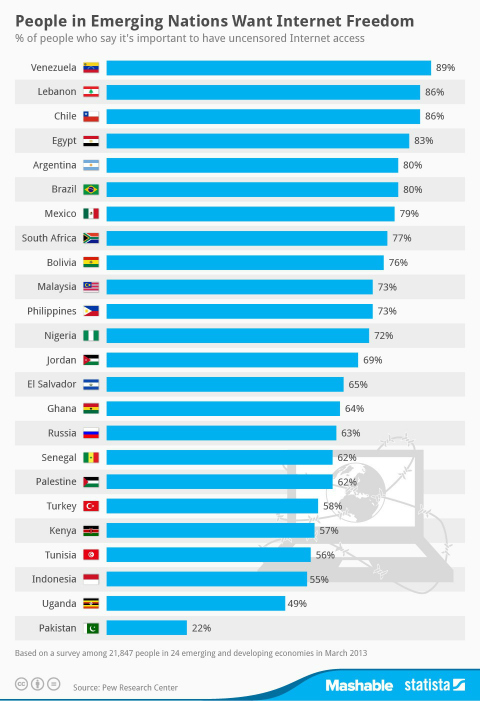 What do you guys think of the report? Do you think its important for us Filipinos to have access to the Internet without any interference from the government? Share your thoughts below.