From mundane objects, to complex computing devices, almost everything nowadays has some means that would allow users to interact with it. Such is the case with the Delsey’s new luggage called Pluggage which is equipped with features that one wouldn’t normally see on a typical travel bag. 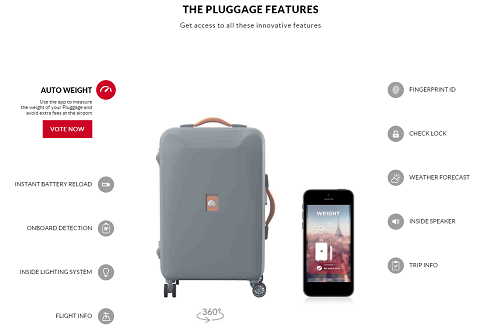 Some of the cool features of the Delsey Pluggage include a sensor that you can use to check the total weight of your luggage, a Fingerprint Sensor for extra security, as well as an Onboard Detection feature which notifies you if your luggage is on board the plane.

If you think that’s the end of it, think again because Delsey is prepared to add more features to the Pluggage and is asking its customers to vote for which features they like to see on the final build. To know more about the Delsey Pluggage or how to have a say on what to be included on the consumer release, just head on over to the source link below.