During our review of the Playground Cam100, we mentioned that it shares some elements as the GoPro. In fact, it could be mistaken as one when you first look at it inside its waterproof case. Both action cameras record Full HD videos, have the same mounting system, but the Cam100 is almost only 1/3 the GoPro’s price. This leads us to one question: How’s the video output of the Cam100 compared to GoPro? We find out.

We have the video version of the comparison below in Full HD. To see the difference better, we recommend you watch this short video we’ve prepared. 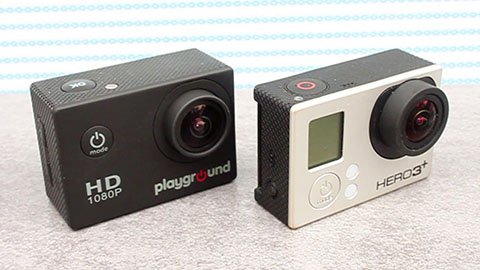 The button placements of the Cam100 is similar to the Hero 3+ with the capture/OK button on top, Mode button up front, and selection buttons on the side where the Wi-Fi button is for the GoPro. 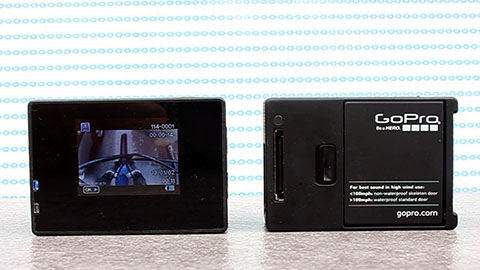 One of the main differences of the two is that the Playground Cam100 has a built-in display at the back. Because of this, its battery is accessible from underneath the device.

The implementation of its built-in display eliminates the need for Wi-Fi connection present in the Hero 3+ to initially view the angle before you start recording. This is good news since Wi-Fi uses more battery than a display this small, according to our experience. 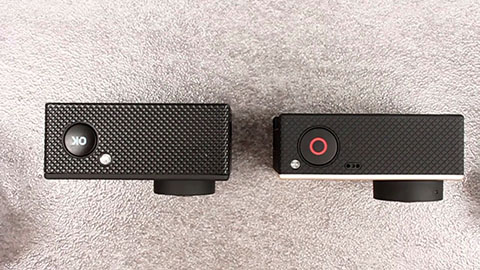 Looking at both action cameras side-by-side, we see that the Cam100 packs a thicker housing than the slim body of the GoPro Hero 3+ (which is one of its improvements from previous versions). Naturally, a thicker body requires a thicker waterproof shell.

As we’ve mentioned before, we liked its generosity of accessories that come with the package. To mention a few you have a bar mount for bikes, tripod mount, and extra back cover – all of which are extra accessories for GoPro and costs about Php800 – Php1,300 a pop. The Cam100’s mounting system is exactly like the GoPro’s to the point that they can be interchanged and used for each other. 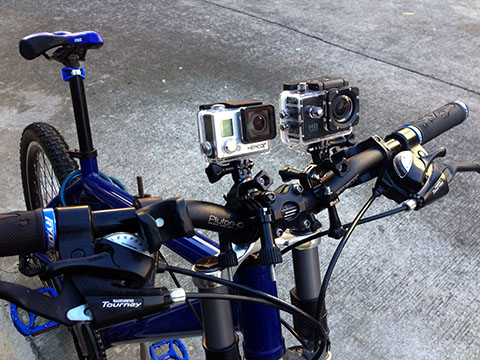 For the video quality comparison we mounted both action cameras to a mountain bike using bar mounts and took them for a spin. They both have the same settings at Full HD and Auto White Balance. 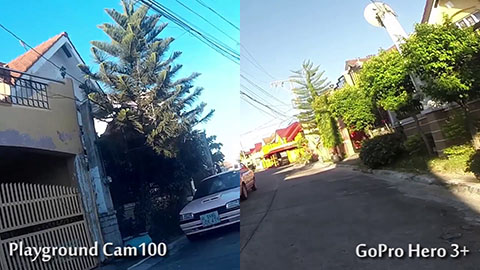 The footage from GoPro shows a more natural color than the Cam100 with a bit of a bluish tint. If you’d also notice, the objects (like the pink car) from the right are a bit smaller compared to the left. This proves that although they have the same 170-degree wide angle lens, GoPro has SuperView technology that gives it an overall wider angle than the Cam100.

You can also see that the footage from the Cam100 is a bit shakier than the GoPro’s (refer to the video) – proving that the latter has better image stabilization software embedded at its core than the former. 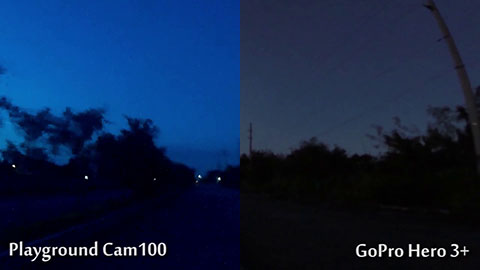 We’ve also tried it on low light situations during sundown where the Cam100 showed more of its bluish tint. Although both now have digital noise because of the lack of light, GoPro uses its Auto Low Light feature to compensate more and show better (at least in color) images.

See also  GoPro to offer a quadcopter, spherical mount, and a 16-cam rig

So what did we learn from this comparison? Undoubtedly, GoPro gives you better video quality overall. It’s made with features that help in different shooting instances than the Cam100.

On the other hand, the Cam100 offers you an action cam at almost 1/3 the price of the GoPro. So if you just want a simple action camera that can be mounted around, the Cam100 does this job effectively. 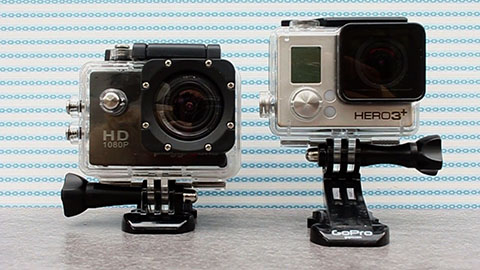 Here are some of the main advantages from both action cameras:

For more info, you can read our Playground Cam100 Quick Review.

What video editing software I can download for free for fixing the bluish tint?

Where can i buy this?

Hi Raymond, as of now we couldn’t get our hands on a software update for it. One way you can fix the color is through video editing if you’re planning to put together your footage. :)