Recently, TCL unveiled its latest mid-to-premium TVs from its global series. One of them is a Quantum Dot TV — the TCL X3. It’s also part of the premium XESS series, and packs a lot of great features. Without further ado, let’s jump right in to our review. 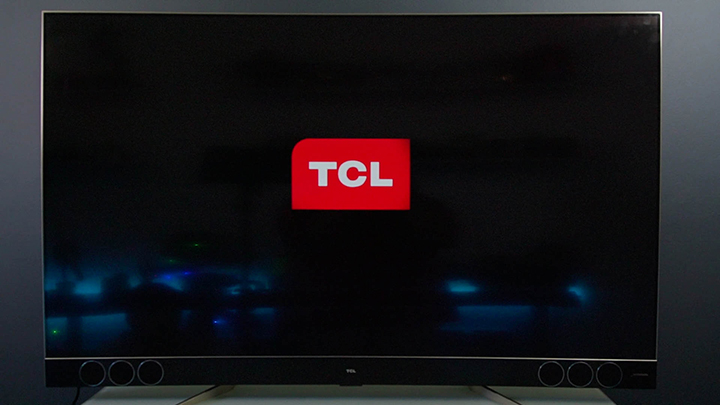 Out of the box, The TCL X3 is colossal, and the 65-inch Quantum Dot screen display is to blame. It has a 6.9mm curved body display, and a premium and minimalistic design, which according to TCL, is heavily inspired from both Nordic influences and exquisite details from the East. Apart from that, the TV is ultra-slim with its edgeless display, which leaves more room to view your favorite content. 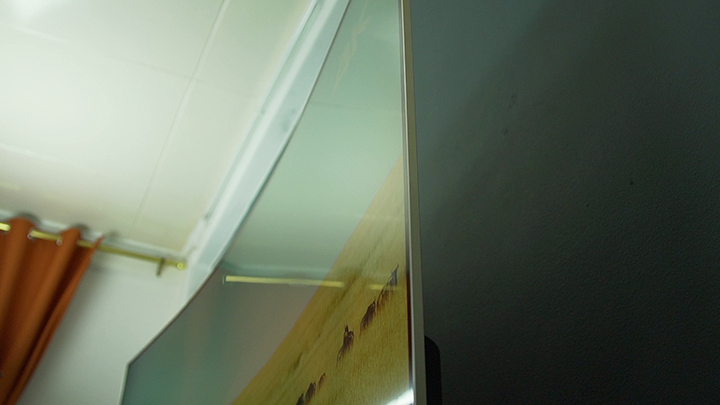 Its edges are made up of sleek metal, which gives it a premium look. Down below, we see its thick chin made of a black polycarbonate material that gives it a smooth matte finish. It features six circular front Harman/Kardon speakers on both ends, paired with the TCL logo in the middle, and the Xess logo on the lower right side. Looking around to the back and you will see the power button (which kind of resembles an analog stick), as well as other ports (one AV input, three HDMI ports, one USB 2.0 port, one USB 3.0 port, one LAN port, two RF inputs, one SPDIF output, and one headphone jack). 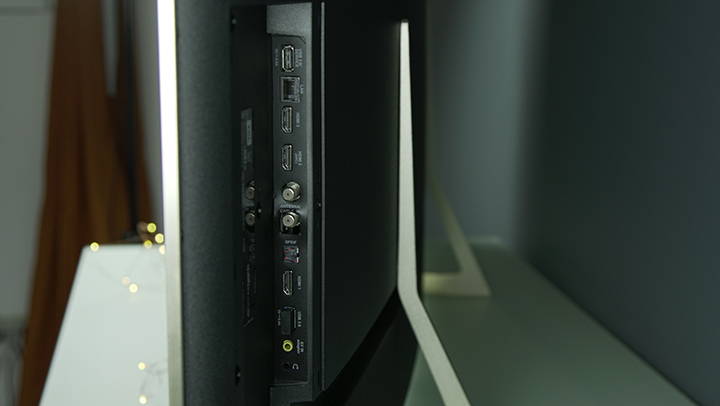 Our unit comes with a game controller, as well as two remotes: one is just a standard remote while the other one has a motion sensor. 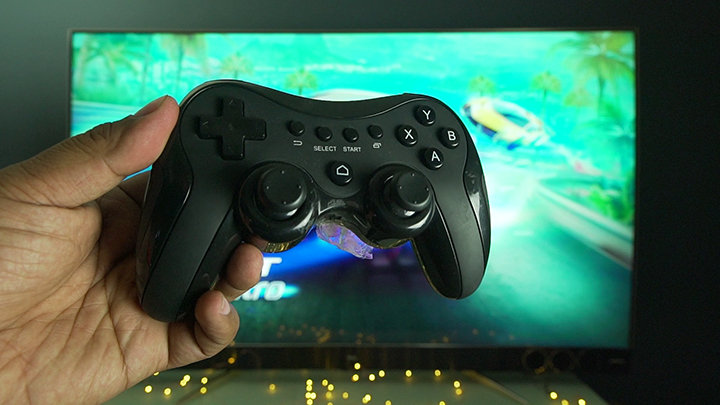 Its base stand is made of metal as well, which makes it very sturdy. So far, we didn’t experience any wobbliness, as the TV stays firm while moving it. The TCL X3 sports a 65-inch Quantum Dot display with a resolution of 3840 x 2160 pixels. To put it simply, this TV plays 4K videos at ease. To those unaware, Quantum Dot display technology allows you to view your videos at a higher peak brightness and better color accuracy. It also features HDR Pro and Micro Dimming technologies. Upon playing 4K videos on the TV, we were impressed by how vivid the colors are. Pictures are detailed and sharp, however, it can get a bit contrasted, which can kill off shadows. Audio-wise, the TV features Harman/Kardon speakers and Dolby Audio which, we say, is the the ultimate combo. Audio quality sounds spectacular and clear. Bass is prominent, but not too overpowering. Putting the volume at around 30% already gives you a loud sound. 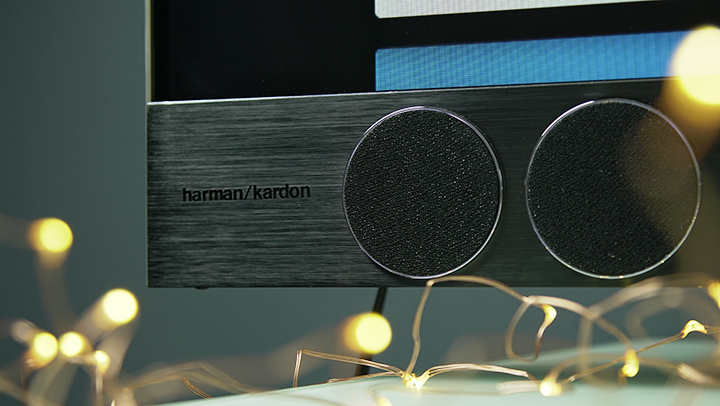 The TCL X3 runs on Android 6.0 Marshmallow, and TV + OS 3.0. Although a bit outdated, you still have access to all your favorite apps from the Google Play Store. The TV also has featured apps such as Spotify, Netflix, YouTube, T-Launcher, GoLiveTV, and many more. 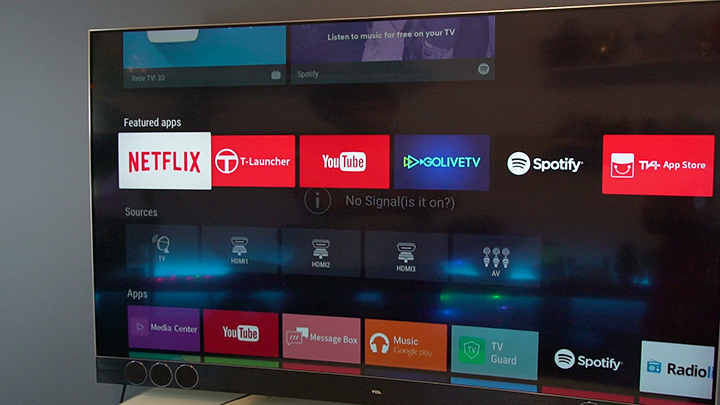 The TV’s UI is intuitive and you won’t lose your way going around it. It doesn’t come with all those unnecessary shenanigans so you have nothing to worry about.

Powering the TV is a 64-bit A53 quad-core processor, Mali T860 MP2 480 MHz GPU, 2.5GB RAM and 16GB of internal storage. Navigating and launching apps was a breeze and we didn’t encounter any stalls/freezes while using the TV. However, when we tried playing Asphalt Nitro on it (it’s already installed in the TV), the graphics were fairly choppy. We think that is primarily caused by the app’s poor optimization, and not the TV itself.

We also hooked up a PS4 and played Assassin’s Creed IV: Black Flag. So far, so good. Graphics look decent and it’s absolutely playable, although we weren’t able to have the full gaming experience as the game’s resolution is only set at 1080p at 30fps. 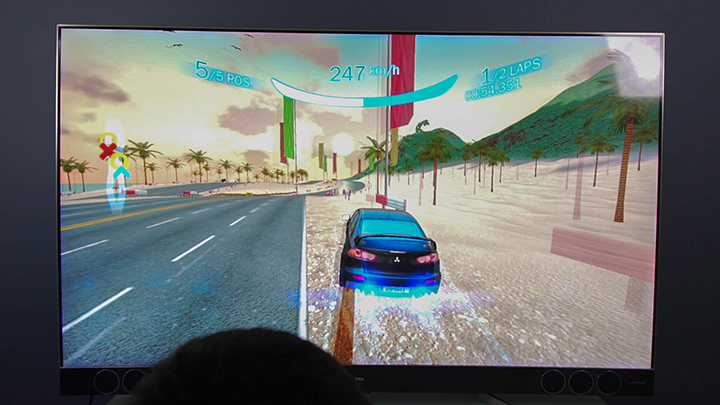 Connectivity-wise, connecting to the WiFi was quick and browsing the web was hassle-free.

All in all, the TCL X3 is the ultimate all-in-one TV that will satisfy your love for entertainment. Not only does it work as a normal TV, but it also provides tons of great stuff in addition. With its 65-inch screen, viewing all your favorite content is a wonderful experience. It delivers impressive picture quality thanks to its 4K resolution, although the contrast can get a little overwhelming. It also does come with Android 6.0 Marshmallow which enables you to download apps from Google Play Store. Of course, we can’t forget the Harman/Kardon speakers. Pairing it with the 65-inch screen is definitely a match made in heaven. 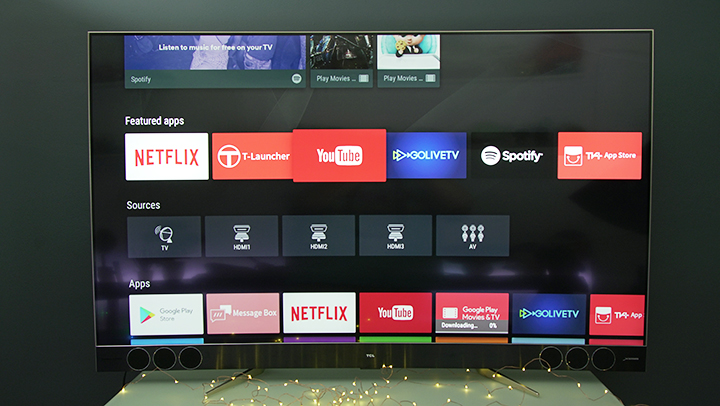 The TCL X3 has a suggested retail price of Php149,995 and is now available nationwide. You may click here to check if it’s available in your city.