A couple of years ago, Apple started implementing the U1 chip in their devices, starting with the iPhone 11. The U1 Chip basically gives the iPhone spatial recognition. It is like GPS, but it only works in a much shorter range. 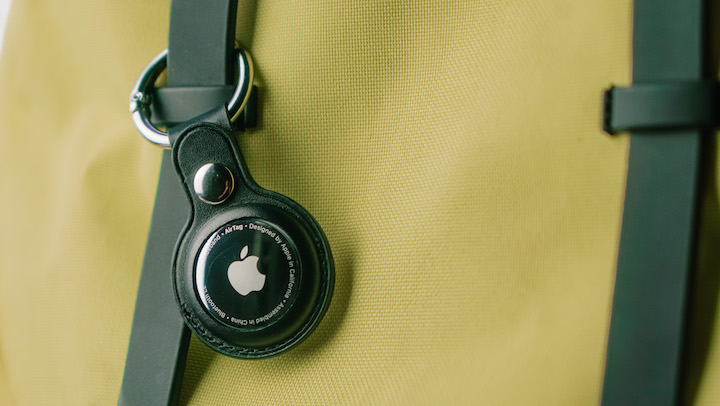 Apple aims to introduce a feature that can precisely locate other U1 devices to improve AirDrop performance and spatial awareness. At that time, we couldn’t really think of any significant uses of the U1 chip until Apple introduced the AirTag in April. It is a small white puck that allows you to track anything attached to it. We often misplace our keys, wallet, bags, and whatnot, but smart trackers like the AirTag can help you find them with ease. But the question is, with its price tag of PHP 1,690 is it worth buying? Let’s all find out! 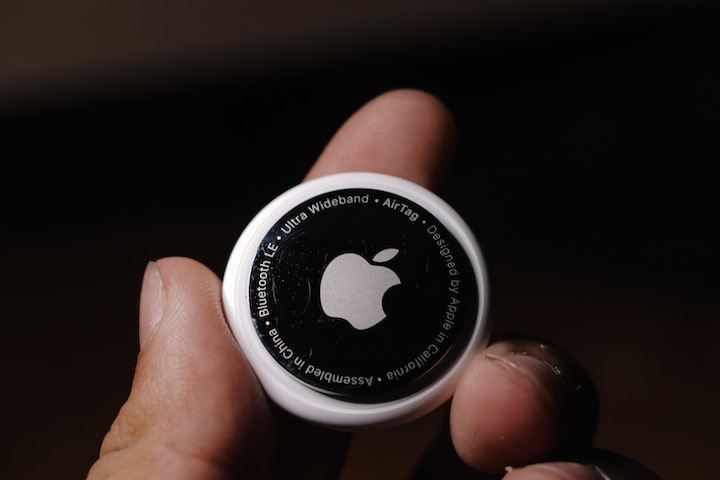 The Apple AirTag has a very minimalist design. It has a very small form factor which is almost the same size as the new 5 Peso coin. The materials used for the AirTag are a glossy polycarbonate finish for its front, and metal for its battery cover, which also shows the Apple logo and some key specifications of the AirTag. The back is a scratch magnet so don’t expect it to be in pristine condition after you hook it up to a key or something.

It is also IP67 certified so you don’t have to worry about spilling your drink on it. As of the moment, there are no color options available for the AirTag, but we’re pretty sure that Apple will also introduce fun colors in the future, just like what they did in the early days of the iMac line.

How to Set it up The setup process is very simple, but note that you need to make sure your iPhone runs on iOS 14.5 or later. Next, pull the plastic tab at the back and after that, you’ll hear a chime, and you’ll see the AirTag pop-up screen on your iPhone. Choose the item it will be attached to, and you’re done. 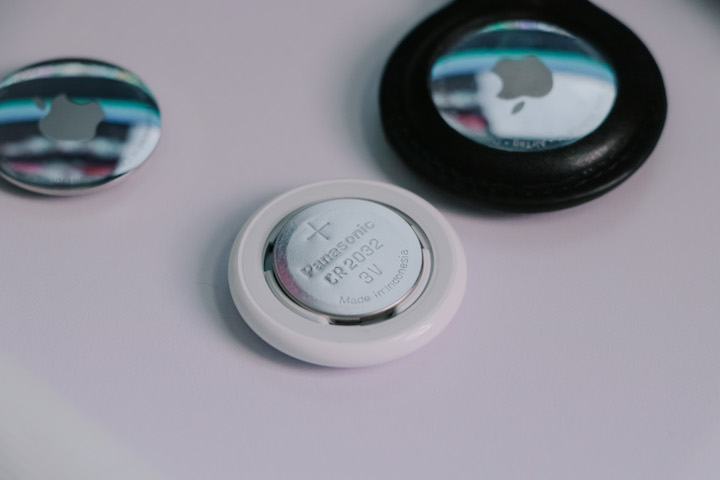 It uses a replaceable CR2032 battery, which on paper, can provide up to 11 months of usage which is pretty decent. It’s a cheap battery, and you can buy a pack of 4 for less than PHP 100. However, we do hope that Apple can use a rechargeable battery with wireless charging in the future. That would be really, really cool. 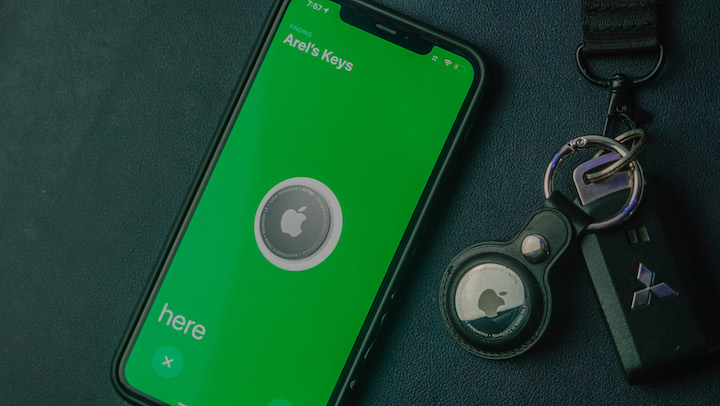 The Apple AirTag uses UWB (ultrawide-band) technology which transmits information across a wide radio bandwidth, like Wi-Fi and Bluetooth, but instead of 2.4GHz frequencies, it uses 500MHz to several GHz making it consume less power, and transmit data in real-time. We’ll make a separate article about UWB, so stay tuned. 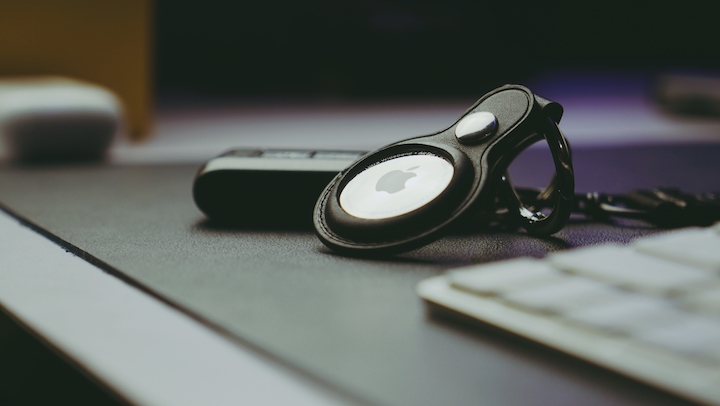 In addition, Apple uses its network of iOS devices to help you track your items. For instance, if you happen to lose your keys or bag, you’ll still be able to track its location through a nearby iPhone. What’s cool about this is that the AirTag will always be able to pair up its Bluetooth connection with a stranger’s iOS device without notifying the user. Don’t worry though, as it’s secure for other iPhone users out there, since the process is anonymous and encrypted. It will also not affect someone else’s battery life nor mobile data. It’s pretty much just using other Apple devices as an information bridge to give you your item’s exact location. And if you mark it as lost, you’ll be able to put in your address and contact info, which another iPhone user can scan. 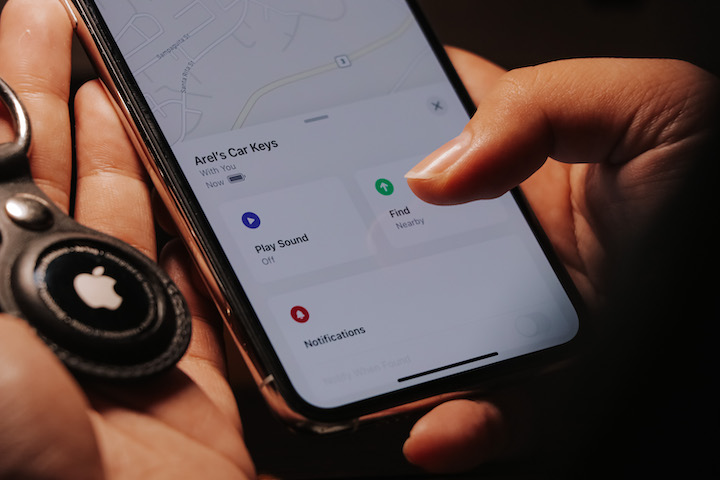 If you’re an iPhone user and see a lost item with an AirTag attached to it, you can head over to the Find My app, tap on the Items menu, search for a lost item, and an AirTag that is not linked to your iCloud will appear. If the owner has marked it as lost, you’ll be able to see their contact information. If you are using an Android device, you can still scan it using your phone’s NFC, and it’ll direct you to a website with the owner’s message and information. 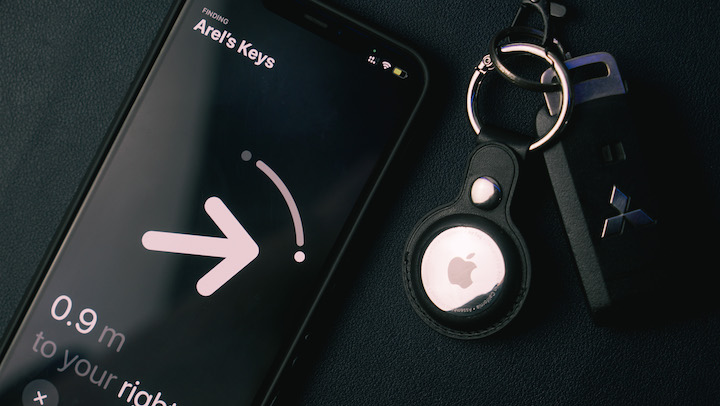 One of the advantages of having an AirTag is its features–and trust us, there’s a lot compared to others, like Precision Finding which uses the UWB technology in your iPhone. Unfortunately, Precision Finding only works with iPhone 11 or later since these devices have U1 chips inside. It gives you live directions to your item with an AirTag using arrows and even your phone’s haptic feedback. Do note that this will only work inside the 30ft range. anything outside it, and the Find It button won’t show up, instead it will give you its location through the Maps App.

It works as advertised, but sometimes it can be a little tricky because it only gives you linear directions, so if you forgot that you left something in your bedroom upstairs, it won’t show you that it is there. 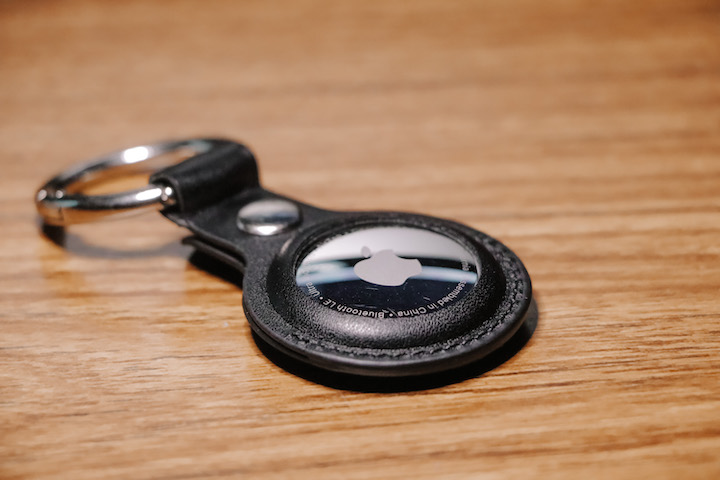 Another option of finding your lost item is by making the AirTag play a sound, which can be triggered through Find My app. The chime is surprisingly loud considering its size, and it’s a feature that not all trackers have.

One major limitation of the AirTag is definitely its hardware support, as it can only be linked with an iOS device. (Hey, what do you expect?) You can check out some other trackers, or you can wait for some random person on the internet to somehow figure out how. Aside from that, iPhone users that have iOS 14 below won’t be able to detect your lost AirTag. This is also a limitation since there are still a lot of people with older iPhones, and not all iPhone users religiously update their software. 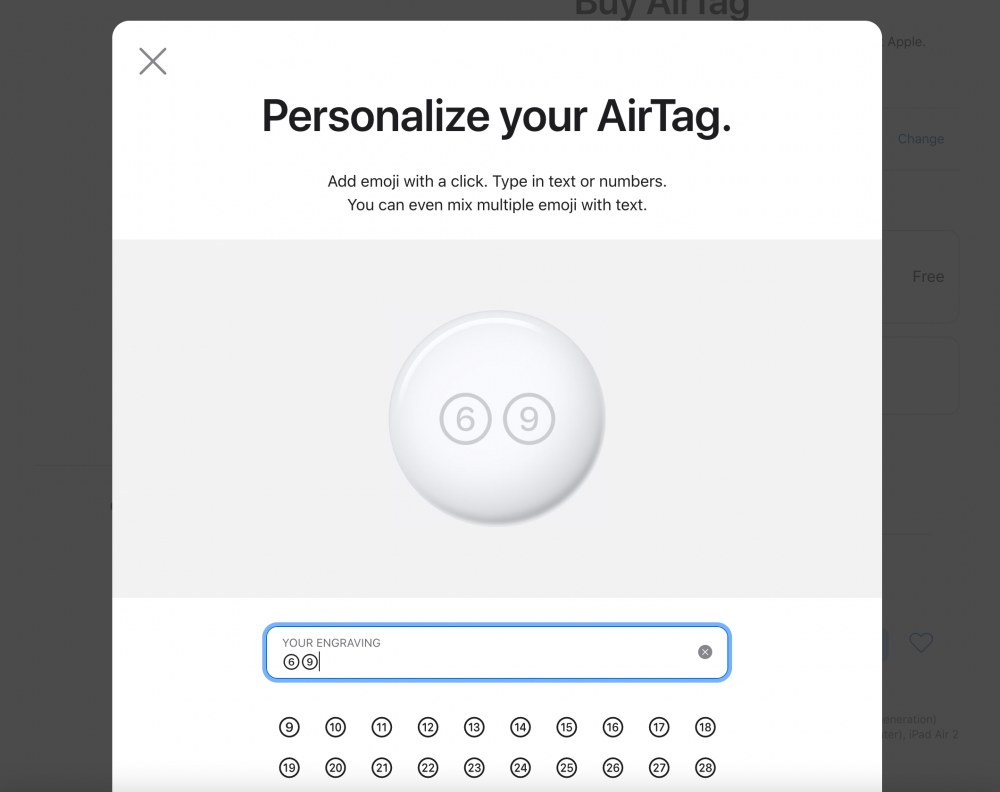 Another downside of having an AirTag would be its customization options. Aside from getting the engraving service when you buy directly from an Apple store or the Apple website, there’s not much else you can do. However, some other trackers often come in different form factors, colors, and even overall design, so we do hope for more options in the AirTag 2.

Lastly, wallets and keys. While the AirTag is a small device, it’s pretty much only friendly with traditional billfold wallets or bigger. If you have a small, thin wallet like me, then you may have difficulty. And for keys, you’re gonna need to get a separate accessory, which will cost you another PHP 1,790 or even as high as PHP 22,450 for the Hermes edition. This is because, unlike Tile, it doesn’t have a hole for a keyring. Although to be fair, super cheap AirTag keyring holders are probably being made as we speak. 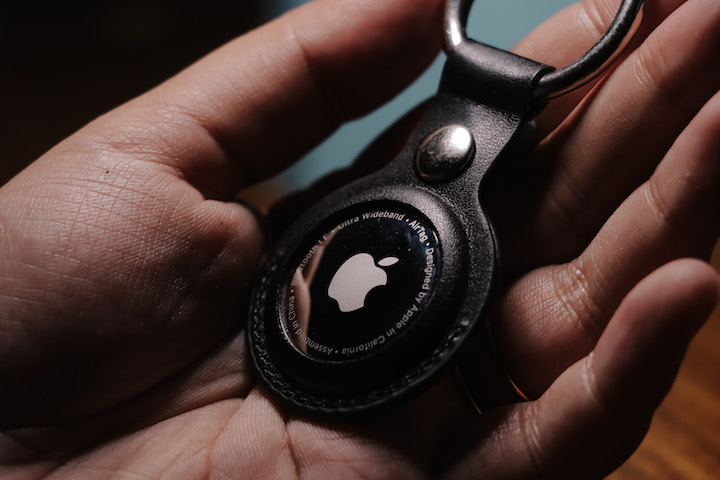 To answer the question” Is it worth the buy?” For users heavily invested in the Apple ecosystem, it definitely is. For starters, you’ll be able to locate your stuff with an AirTag across your devices. It’s also packed with features that no other smart tracker has, such as Precision Finding, a loud chime speaker, and surprisingly, its price. At PHP 1,690 apiece, or PHP 5,790 for a pack of 4, it provides way more value than what other brands are offering. As of the publishing of this article, the AirTag is not yet available in Apple local stores, but you can get one through third-party resellers online ranging from PHP 1,850 up to PHP 2,500.