Apple is currently working on a new iteration of its entry-level iPad to house it with an A14 chipset, 5G network, and of course, a USB Type-C connectivity. 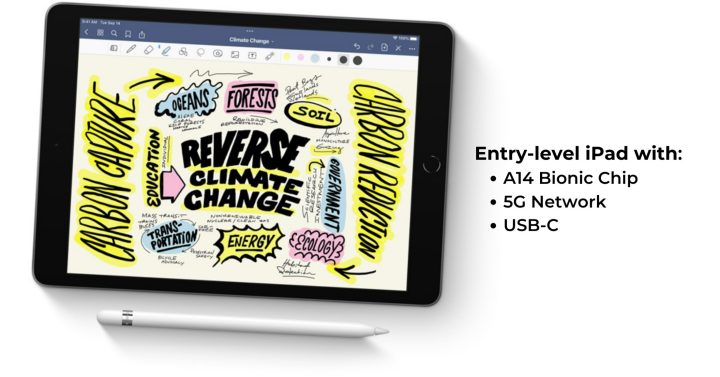 It was revealed to 9to5Mac that Apple is upgrading its affordable iPad lineup. Codenamed J272, the new 10th-generation iPad, is said to feature a USB-C port rather than the usual Lightning port. This means that the entire iPad lineup of Apple will support now USB-C connectivity.

Another update for the entry-level iPad is it’ll also boast a Retina display, the same as the resolution of the iPad Air’s display. Possible slight increase of screen from to 10.5 inches or even 10.9 inches. But don’t expect other modern specs such as higher brightness and wide color gamut with DCI-P3 as it’ll only be exclusive for expensive iPads.

With the expected A14 Bionic chip to power the budget-friendly iPad, performance gains will be around 30% in comparison to the current A13 chip of current entry-level iPads. Lastly, 5G network support is added by Apple for the iPad’s cellular variants.

Apple is yet to announce the official release of this iPad so stay tune.