Apple’s new products are bound to arrive before Christmas and a lot of eyes are over it. We’ve been receiving a lot of questions and arguments if one should get the iPhone 5S, the 5C (especially), or something else. Well, here’s our take; this is what we think of the iPhone 5S & 5C. 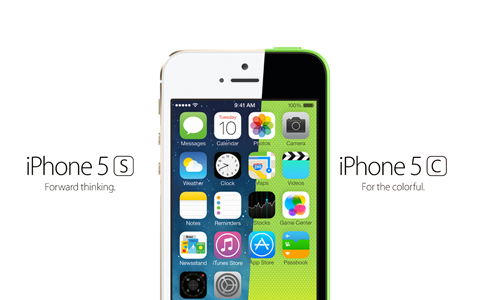 Abe: The biggest question that needed to be answered is — why a 5S and 5C at the same time?

The introduction of the iPhone 5C alongside the 5S will probably create some sort of feature fragmentation. The separation has been clearly created by the fingerprint sensor present on the 5S and absent on the 5C. This could mean one device has biometric security while another does not. It could introduce a dis-connect in the user experience, usability and security of the iPhone line-up.

Imaging has been one of Apple’s biggest feature offering. While majority of manufacturers are moving towards the megapixel route, Apple went the opposite way following the route that HTC has touted as the better position — bigger pixel sensor.

It is also interesting to note that Apple’s selection of colors for the iPhone 5C seemed to be marketed towards the teens and females, as evident in their colors of choice.

Me: The iPhone 5S, for me, really does pack some important & useful features. Slow motion video at 120fps is a neat trick and I’d take it over 4K video anytime, improving the optics and the flash is a nice move, and the fingerprint scanner, while not really needed, is an elegant touch. The gold color option is just a bonus.

But come on. The iPhone 5 looks a lot better than the 5C; it’s thinner and lighter too. I absolutely see no reason why you should get the 5C considering the price tag. 5C certainly doesn’t mean cheap, it’s color – and I don’t think anyone would get a phone just because of the color… or would they? 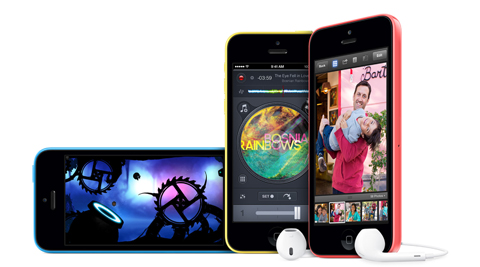 Dan: Even though I don’t have an iPhone (and not planning to get one, file sharing with different devices is a must for me), I felt bad about Apple’s decision to “answer the need” of having a “cheaper” iPhone by using plastic. I won’t take the plastic as an excuse to have a colorful product. They did well in that department with the 5th generation iPod Touch, why can’t they do the same for their most glorified product? And to take the iPhone 5 off the market for the iPhone 5C to replace is silly.

As for the iPhone 5S, I am not surprised. Everything about the performance is doubled, even the camera got upgraded, they made the sensor bigger – all for the reason of updating it. But what caught my attention is the 64-bit iOS 7, yet I am not that sure how that will greatly change the way you use the iPhone.

The Touch ID is rather a gimmick for me and quite unsafe based on how I know how fingerprint scanners work. It would be easier to unlock the phone by placing your finger, but it would make it easier for hackers or culprits too. The issue about NSA is not out of the question, but I am not that bothered about it unless I am going to commit a serious crime. Either way, I am not afraid of how this will turn for Apple.

My concerns go to the consumers who will be lured into this, and I am specifically pertaining to the 5C. The simplicity of iDevices is what makes Apple a genius no doubt about it, but maybe it’s time to come up with something better and more intuitive rather than making consumers believe it is something new. Personally, I would rather buy the upcoming 6th generation iPod touch and have a basic phone, unless of course you want to show off. 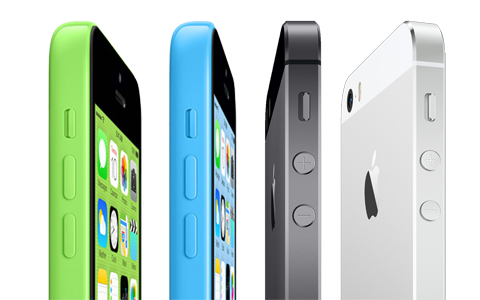 Louie: It’s a good step for Apple to introduce something new on the iPhone 5S with the 64-bit iOS 7 and inclusion of new hardware (Touch ID) rather than just upgrading the specs from the iPhone 5. However, I don’t think the new features is significant enough to encourage current iPhone 5 users to upgrade or for long-time Android users to switch.

As for the 5C, obviously it’s Apple’s attempt to bring a “cheaper” iPhone into the market. The plastic build and new color options has its advantages but some might still prefer a year-old but premium-looking iPhone 5 than this.

Ron: Since the launch of the first iPhone, Apple has been at the forefront of the smartphone revolution and they seem to be always a step ahead of their competition. But the times have changed since then. Thanks to the ever evolving smartphones, most consumers have become number-crunching sheep lured by bigger screens and “faster” processors, making the iPhone, with its minimalist design and straightforward UI, less and less appealing.

But the thing is, iPhones have always been about substance over style. Apple may have altered the form factor a bit to make it more visually attractive, but each of their creations still follows the aforementioned credo which, in the process, has allowed them to carve their own niche in the market. This still holds true for the new iPhones. The only significant difference now is that the Apple has opened itself up to the concept of diversity through a deeper understanding of the current market demographics.

The way I see it, teens will prefer having flashy color options to choose from instead of having a biometric scanner which they probably won’t have any use for anyway. Inversely, professionals are more security-oriented and are less likely to be attracted to the hip colors of the 5C. Moreover, younger people are less picky with the build of their handsets as compared to older and more demanding crowd.

Here are some of the other factors to consider to help you decide which of the new iPhone is right for you:

1. Assuming that you still want to use an iPhone and you’re coming off a two-year plan with an iPhone 4/4S, both the 5S and 5C is a worthy upgrade.

2. If you’re currently using an iPhone 5, then there’s really no need to upgrade to either of the new handsets unless:

The most important thing to note here is that the new iPhones are meant to cater to different types of consumers. Thus it only makes sense for Apple to not only diversify the color choices of the 5C, but also create a slight distinction between the two handsets in terms of feature set.