Aside from its TVs, cameras, smartphones, and gaming consoles, Sony is also known for its audio products, especially those with noise-canceling technology. One of them is the WH-1000XM4 wireless headphones. But how about in the TWS earbuds line? We have the Sony WF-1000XM4. Read our thoughts about it below. The first thing that surprised us about the Sony WF-1000XM4 is its tiny package. It’s amazing how Sony was able to make things more compact while packing more tech and features. Given the size and more rounded shape, you can easily put it in or take it out of your pockets. It will even fit in that small jeans pocket. 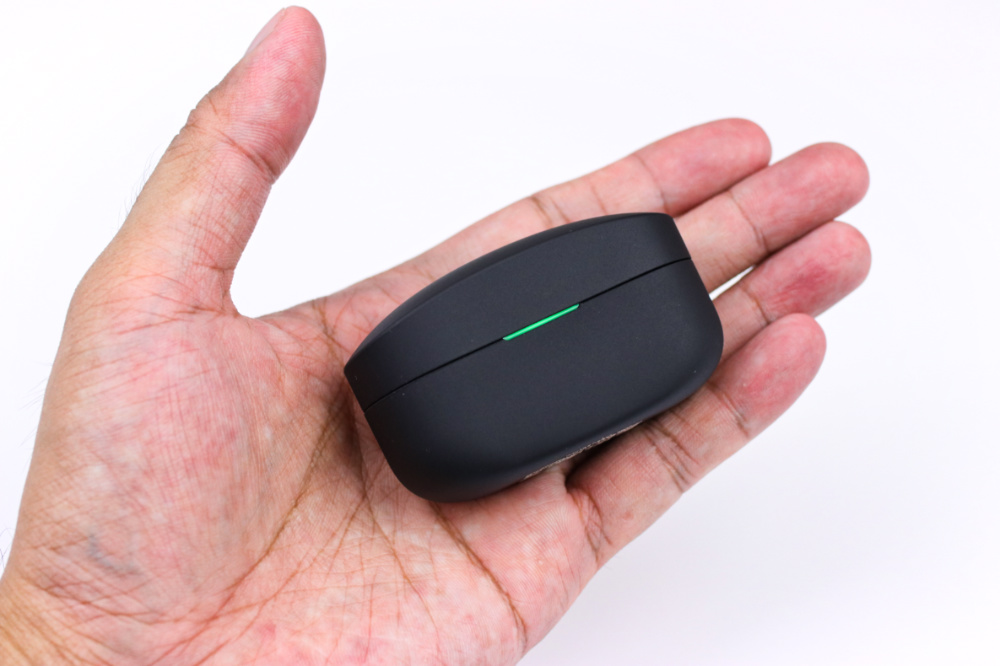 Given its caliber, the WF-1000XM4 is considered as premium earbuds, and the build quality reflects that as well. The case is made of high-quality plastic with a smooth, matte texture. On the front is an LED indicator to show the current battery level, while at the back is a USB-C port for charging. The bottom part, on the other hand, is for wireless charging. 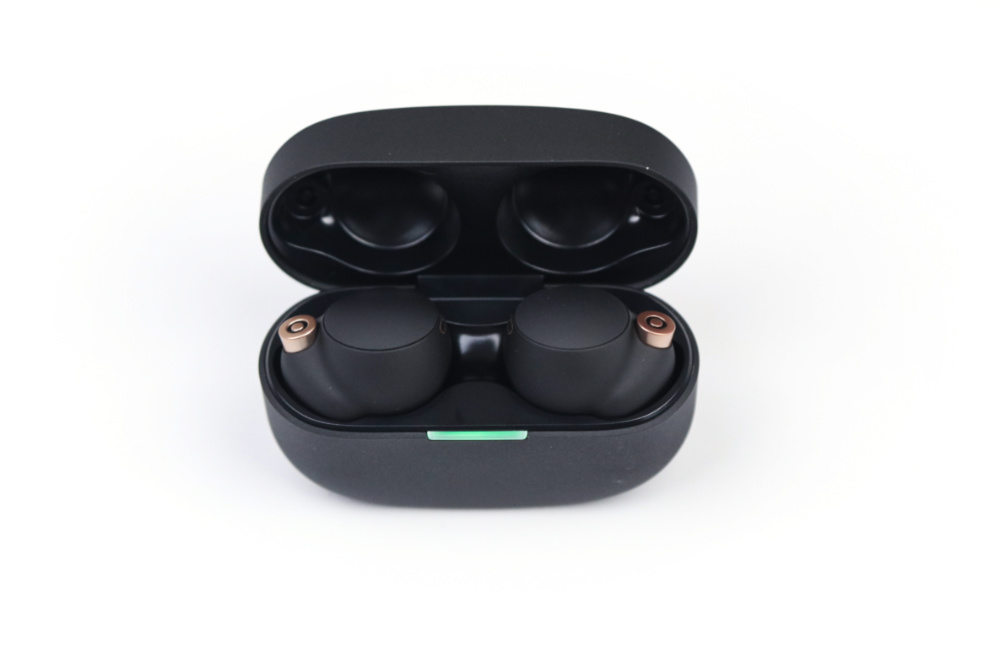 Open the case and the LED indicator will light up. The earbuds also feature the same matte texture. Our unit is the black model with a copper accent, but there’s a silver (but looks off-white) with a gold accent. 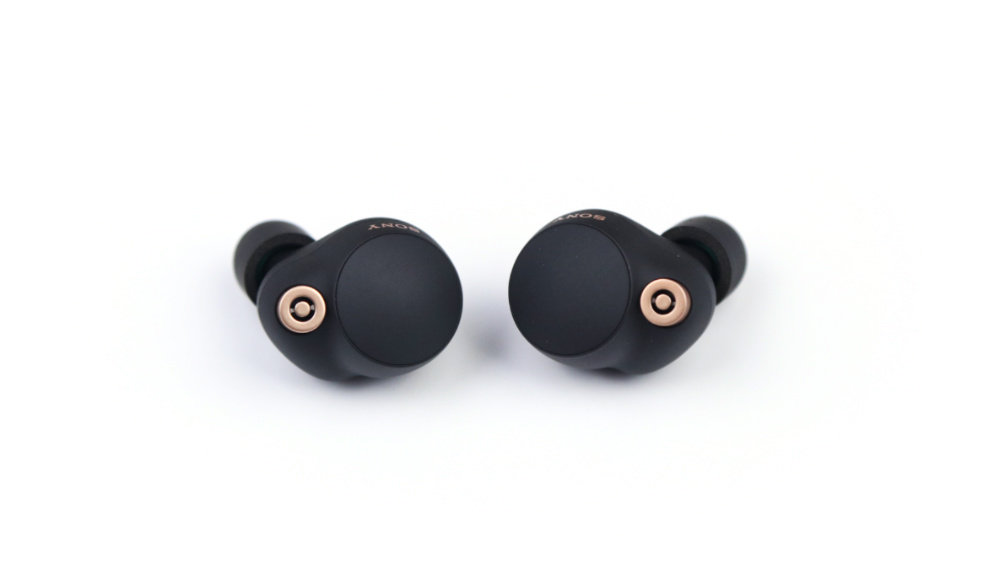 The WF-1000XM4 has holes for the microphones. Two of them are noise-sensing microphones. One feed-forward and one feed-back to catch ambient sounds of your surroundings. 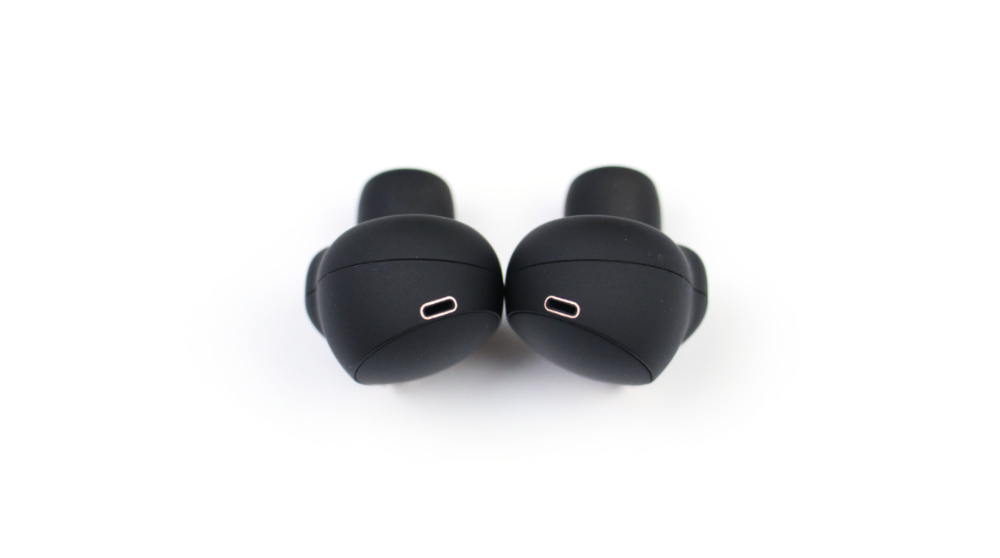 On the other side, there are magnetic contacts for charging and wear-detection sensor. 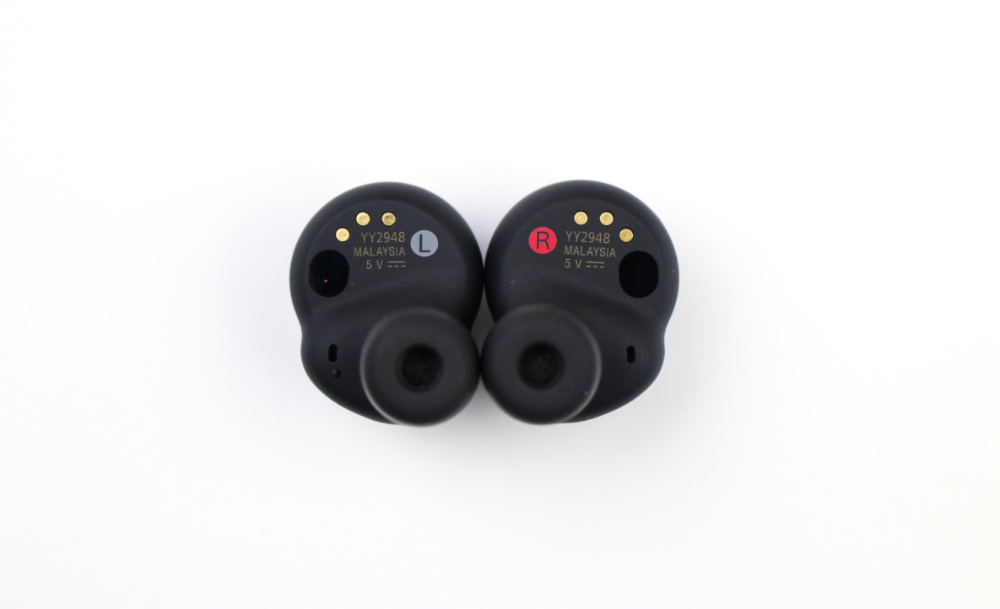 For the earbuds tips, it uses a new Noise Isolation Earbuds Tips. Instead of silicone, it’s made of polyurethane foam material. It’s soft and gets wrinkles the more you use it. But it’s elastic and can maximize the surface contact area between the earbud tip and the ear canal to eliminate gaps. 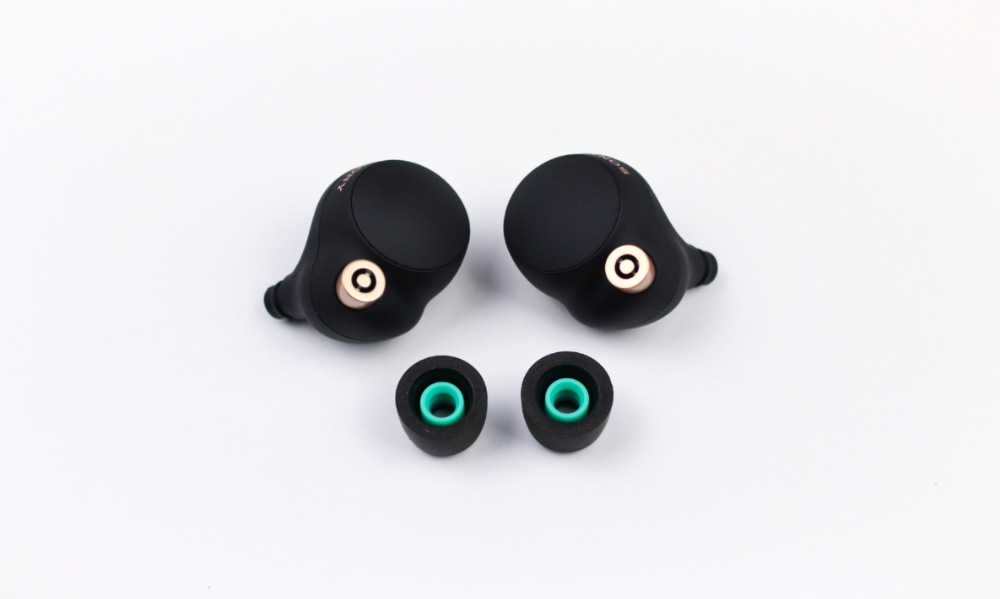 Good thing Sony included S and L-size tips in the package, so pick the one that provides you with the best fit. 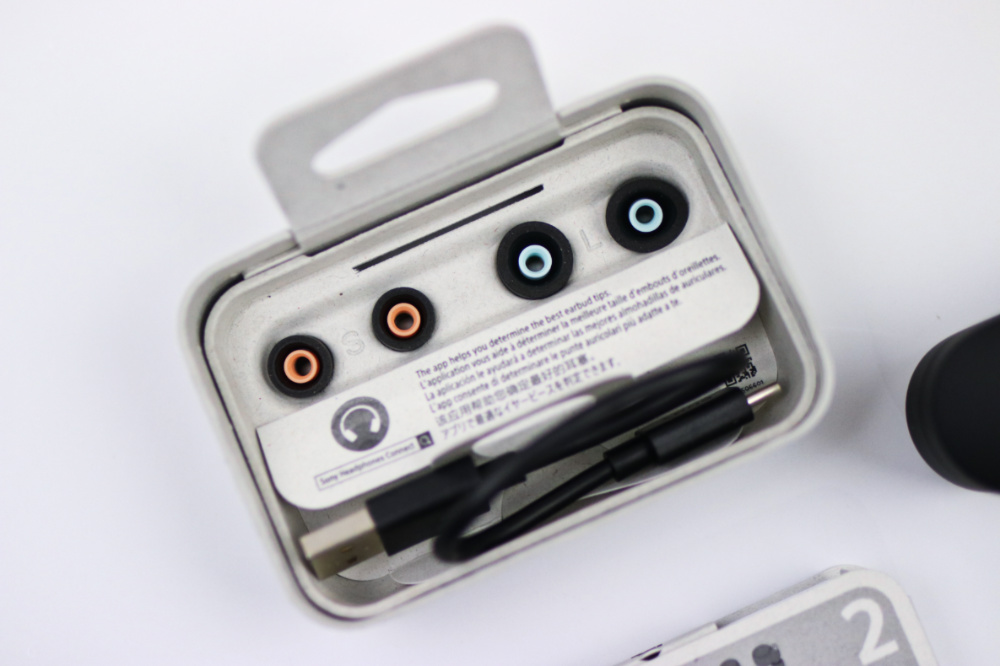 The WF-1000XM4 is a bit tricky to wear the first time. It sticks out and doesn’t feel secure, so you might find yourself changing tips and twisting and jamming it in your ears to get that right fit. In our case, the right fit feels like our ears are completely plugged and the body of the earbud is resting on your ear’s antihelix. Once you got that fit, it’s secure and doesn’t fall off even if you shake your head vigorously. It’s uncomfortable at first but the foams will adjust and your ears will get used to it eventually. 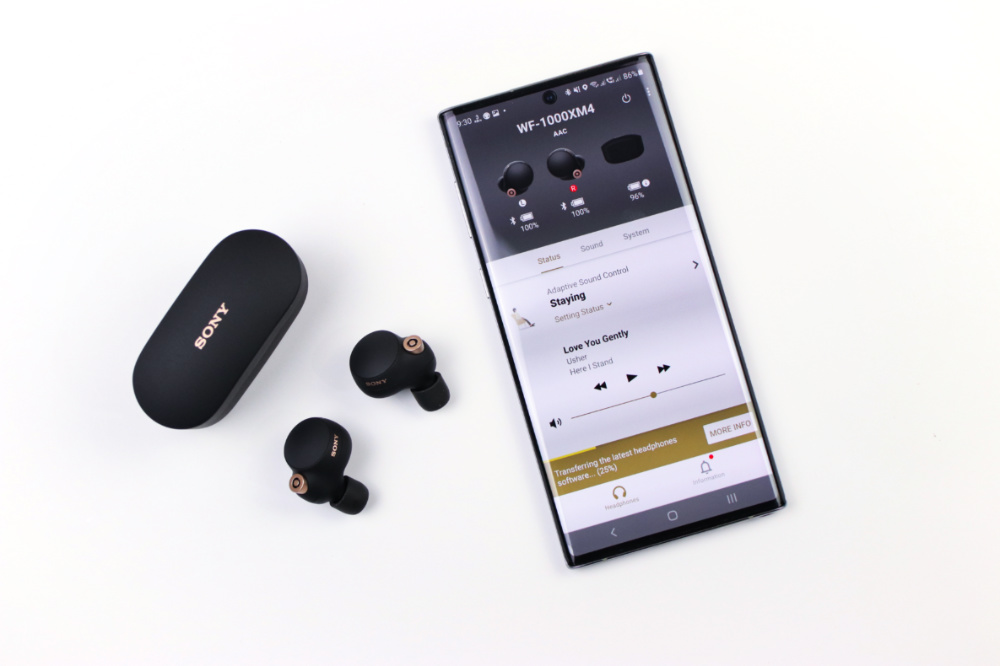 Once you take out the WF-1000XM4 it’s already ready for pairing and uses Bluetooth 5.2 with support for Google’s Fast Pair feature. But for better utilization of its features, we recommend downloading the Sony Headphones Connect app for Android or iOS. From there you’ll be able to update the firmware and take advantage of 360 Reality Audio Setup if you have access to services that provide 360 audio like Deezer, nugs.net, or Tidal. It even lets you take a photo of your ears to analyze the shape for optimum delivery. You will also have access to Adaptive Sound Control which detects your actions and locations you frequent, then automatically switches headphone settings such as how to take in the ambient sound. For example, if it detects that you’re still and resting or commuting, it will activate noise canceling. If you’re walking or running, it will turn on Ambient Sound. You can also activate Focus on Voice which takes in voices while suppressing noise. There’s also Speak-to-chat, which pauses the music whenever it detects you speaking, so you don’t have to take the earbuds off if you need to have a quick conversation. After the conversation, the music will resume playing. 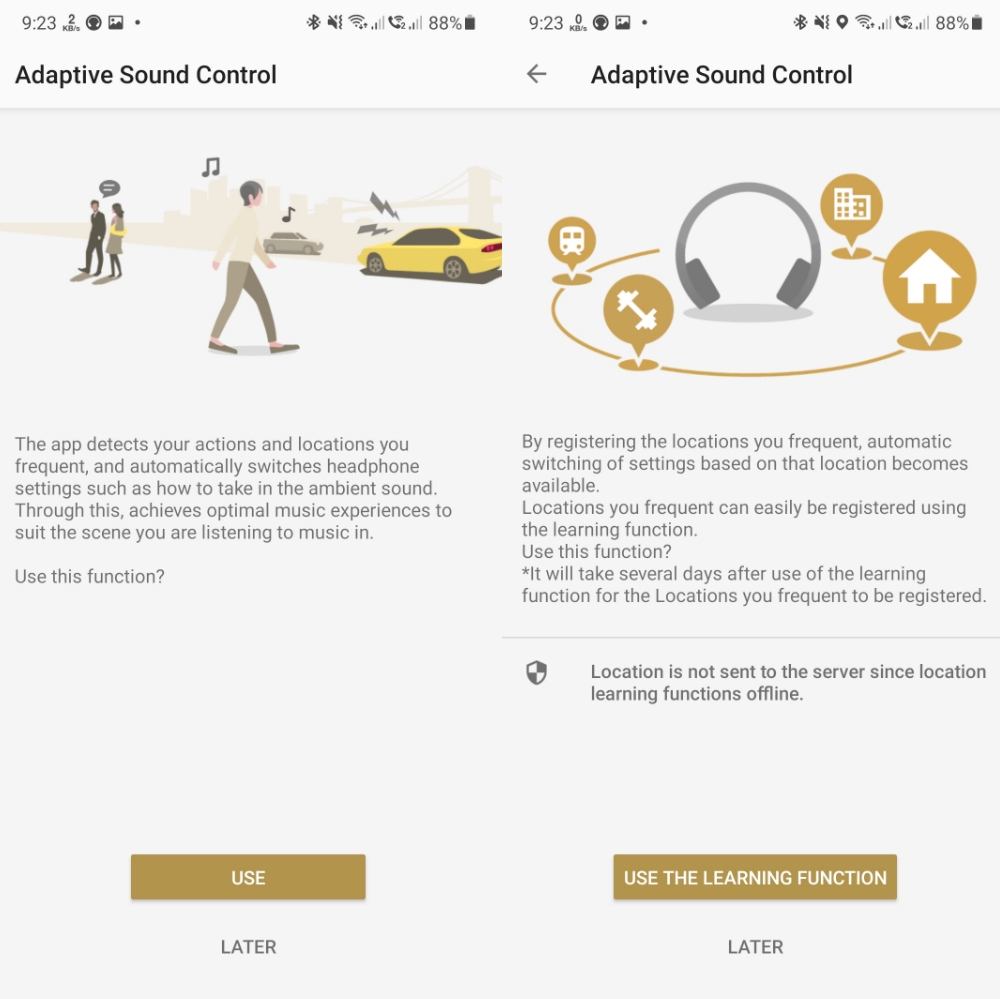 Other features include the option if the WF-1000XM4 should prioritize Sound Quality or Stable Connection (if the sound stutters frequently), equalizer with Clear Bass and audio profiles, Voice Assistant, and customizable touch controls. 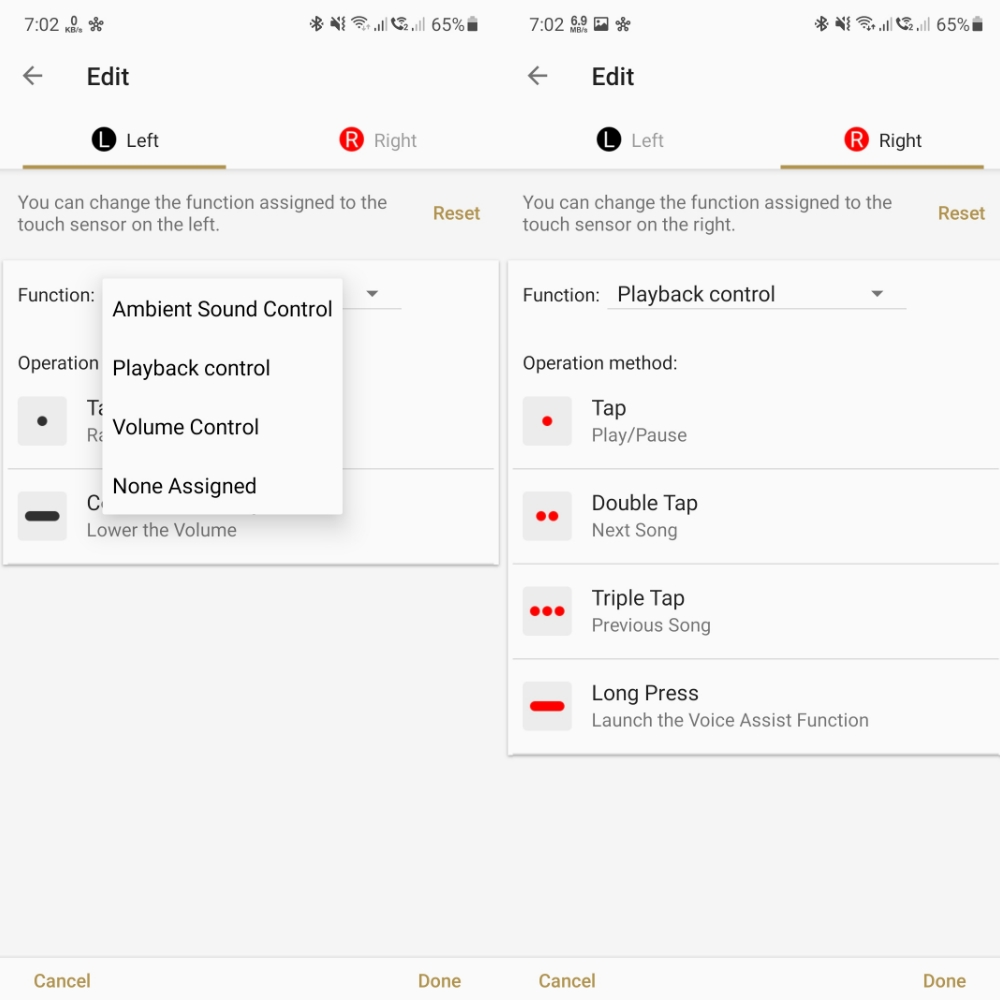 As for noise-canceling, we can say that it works, but not as powerful as the ones found on pricey headphones that feel like it sucked the air out of the room. Its noise-cancellation feels more like suppression. Like covering your ears with your palm instead of sticking a finger in it. Don’t get me wrong, it’s still effective in reducing unwanted noise like fans, air-conditioning, and barking dogs, and noisy neighbors. When it comes to audio quality, it’s just plain brilliant. The bass is delivered cleanly with much detail. The rumbling, thud, and thumps are all there and clearly defined. For example, if you want that powerful oomph, it will deliver that, and you will feel it, but it won’t drown other details.

Given that behavior, it will make it easier for you to appreciate the rest of the frequencies. The vocals and instruments are crisp and lively. It can be subtle and detailed at the same time, or loud but not messy. If you listen to rock music, it would feel energetic rather than convoluted since you can make out the details of the music.

It’s not like other TWS earbuds that are either inclined towards bass or trebles. It’s versatile and can handle different genres, whether it’s hip hop, pop, classical, acoustic, or rock. 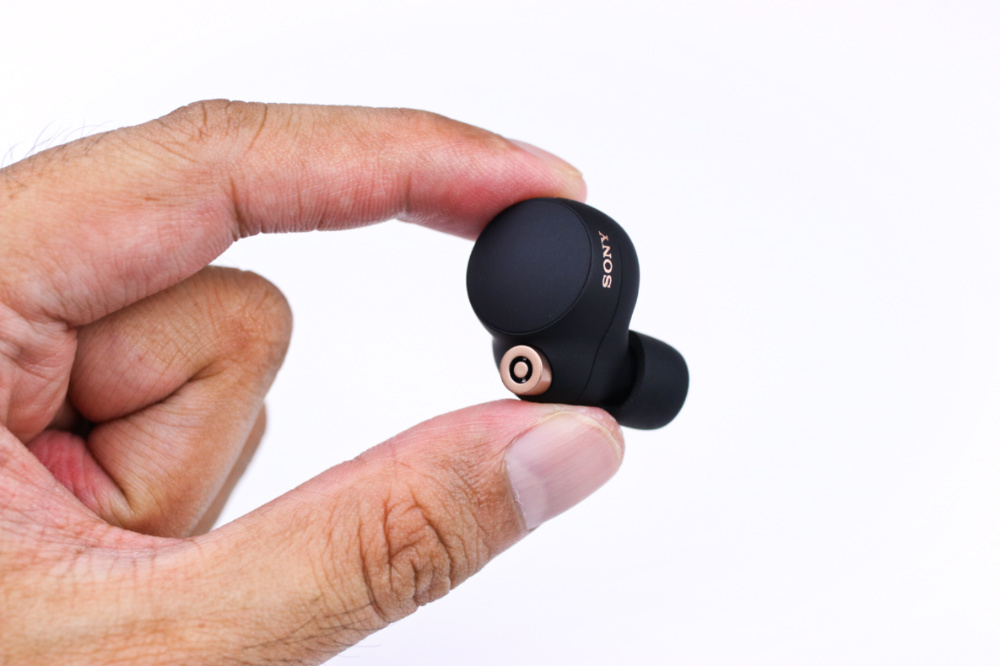 If you’re wondering if you should be playing Hi-Res audio all the time to enjoy a good audio experience, that’s not always the case as it features DSEE Extreme (Digital Sound Enhancement Engine) with Edge-AI, which upscales compressed digital music files in real-time. In other words, it restores the high-range sound lost in compression. This is great if your source of music is from streaming sites. When it comes to calls, the WF-1000XM4 features bone-conduction sensors to pick up vibrations from your voice to determine if you’re speaking so it doesn’t register it as ambient sound. It then uses beamforming microphones that are calibrated to only pick up sounds from your mouth. Audio quality is not great but good enough for voice calls or quick online meetings. The Sony WF-1000XM4 is hands-down, the best TWS ANC earbuds I’ve tried so far. It has tons of features, great audio quality, good noise-canceling, and impressive battery life. We didn’t like the voice quality though but we still think that it’s worth the PHP 13,999 asking price. It’s not bad considering that the WF-1000XM3 released in 2019 was priced at PHP 12,999. It’s definitely worth the upgrade.