Huawei’s latest Nova device, the Nova 7i, has made its way to the Philippines. As a member of the brand’s Nova lineup, we compared the 7i to another smartphone in the Nova series, the Nova 5T, launched last year. If you can’t decide which smartphone to get, check out our comparison to help you decide. 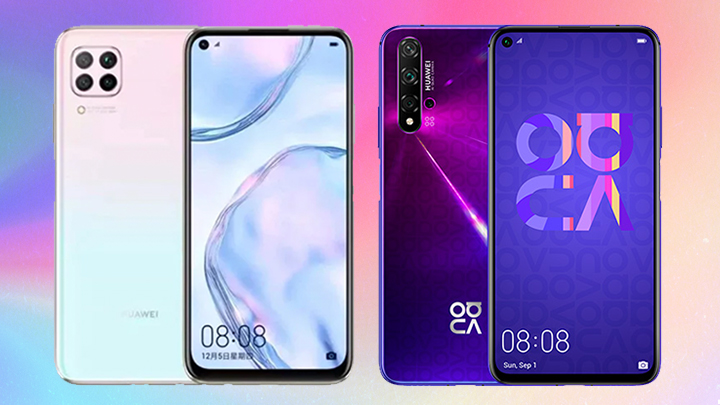 When it comes to the display, the 7i edges out the 5T with its larger 6.4-inch panel, as opposed to the latter’s smaller 6.26-inch screen. Both smartphones have an FHD+ resolution but the 5T has a slightly higher pixel count, coming in at 2340 x 1080, compared to the 7i’s 2310 x 1080. The handsets both sport a hole-punch module that houses their respective front cameras. Due to the lack of a notch, both the 7i and 5T have pretty slim bezels on the sides and at the top, save for the chin which is slightly wider than the rest.

Powering the Nova 7i is a midrange Kirin 810 chipset, while equipped in the Nova 5T is a flagship-grade Kirin 980 processor. Despite their difference in range, both are powerful processors in their own right. The Nova 7i and Nova 5T only offer one configuration, which is 8GB RAM and 128GB storage. The 7i edges out the 5T in terms of storage expansion, as the 7i can be further pushed to 256GB via NM card.

For front cameras, the 5T trumps the 7i with its 32MP resolution, in contrast to the latter’s 16MP shooter. As mentioned earlier, both devices have a pinhole front camera, and both of them are located on the upper left corner of the display.

Diving into features, the 7i and 5T similarly have a side-mounted fingerprint scanner, which also doubles as the power button. The Nova 7i gets a point with wired headphones users as it comes with a 3.5mm audio jack, while the Nova 5T has none. On the other hand, the 5T has NFC support, which is what the 7i lacks.

Battery-wise, the 7i takes the win with its bigger 4,200mAh capacity, in contrast to the 5T’s smaller 3,750mAh cell. The two devices support Huawei’s SuperCharge technology but the 7i trumps with its 40W fast charge, compared to the 5T’s 22.5W.

As for software, the 7i runs on Android 10 with EMUI 10.0.1 laid on top of it. Since the Nova 5T was released last year, it’s understandable that it runs on EMUI 9.1, based on Android 9 Pie. One thing that the 5T greatly trumps over the 7i is that it’s one of the last few Huawei smartphones that comes with Google Mobile Services (GMS). In place of GMS, Huawei has equipped the 7i with its own Huawei Mobile Services (HMS).

Looking at the prices, both devices are under PHP 20,000 however, the Nova 7i is obviously priced much lower than the Nova 5T. If you’re not willing to spend over PHP 15K on a smartphone but would still like one with a capable chipset, quadruple cameras, a large battery capacity, and isn’t bothered by the absence of GMS, then maybe the Huawei Nova 7i is for you.

Although, if you’d like a smartphone that’s on the higher-end of the midrange segment, a flagship-grade processor, has GMS out of the box, but would have to settle for smaller battery capacity, lack of audio jack, and no storage expansion, then you might want to push the envelope a little more to cop the Nova 5T.