Huawei P30 Lite vs Samsung Galaxy A50: Battle of the Affordable Premium Phones of 2019

Huawei P30 Lite vs Samsung Galaxy A50: Battle of the Affordable Premium Phones of 2019

The launch of Huawei’s newest P30 series in the Philippines marked its success on the day that it officially landed in the country. One of its smartphones, the Huawei P30 Lite, is famous especially for consumers who are looking for an affordable daily driver that has an overall premium performance. Today, we’ll put it side-by-side by another crowd favorite, the Samsung Galaxy A50, and see which one is better in each vital aspect. Let’s begin! 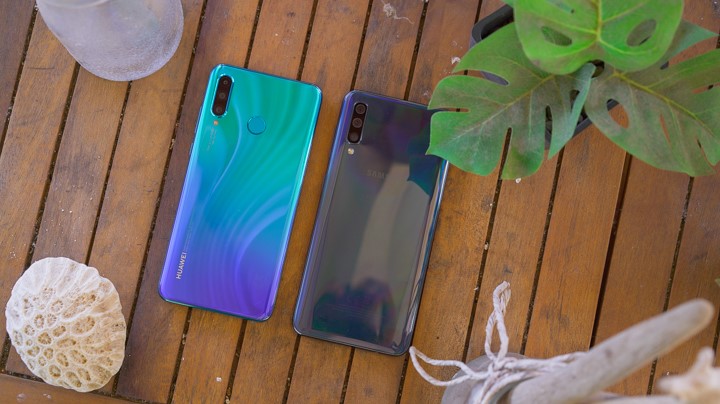 Author’s Note: We've made a specs comparison between these two smartphones, but I will go for a more in-depth analysis of them in this article.

Both the P30 Lite and Galaxy A50 use the same glossy polycarbonate design with a small notch on the front panel. What makes them different, however, is that the P30 Lite uses the aesthetically pleasing gradient design that gives off a wavy reflection when exposed to light. The Galaxy A50, on the other hand, puts up a fight as its Glastic material comes with a coating where it gives off rainbow colors when moving it to any side.

The Huawei comes in three new and attracting color gradients—Midnight Black, Peacock Blue, and Pearl White—while the Samsung is available in Black, White, Blue, and Coral. Samsung made a reasonable effort in creating a device that caters to the teens; however, Huawei is still way ahead in terms of designing the gradient of their smartphone which is eye-candy even for us.

For display, the Galaxy A50 gets a larger screen over the P30 Lite, but don’t get us wrong, both of their configurations are great when it comes to the viewing experience. The Super AMOLED of the Samsung and the IPS panel of the Huawei both have their advantages which you can read here. The main difference, however, is that the Galaxy A50 comes with the Corning Gorilla Glass 3 while the P30 Lite doesn’t have any dedicated glass protection. This factor is mainly the reason why we will give the point to Samsung’s contender.

The Galaxy A50 comes with great camera features such as live focus where you can adjust the bokeh effect and the ultra-wide angle mode. The P30 Lite, on the other hand, comes with a dedicated Night and AI camera mode which is a better pick if you want a better overall image quality.

Taking the rear camera for a spin shows that the P30 Lite provides more details and sharpness even at low-light conditions. The night mode helps users give justice to night-time photos, but there’s one image where there’s an evident flare on the lens even after we cleaned it. It’s not a significant problem, but it’s worth noting given that the Galaxy A50 doesn’t capture that at all.

As for the front camera, the point still goes to the P30 Lite as it delivers more detailed and sharper images as compared to the Galaxy A50. However, it is also apparent that the colors are a bit washed out on the former while the latter gets better color accuracy. 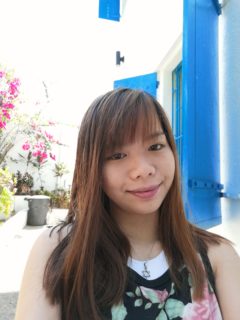 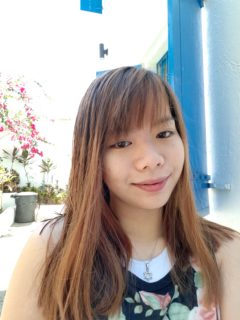 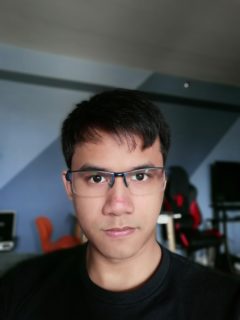 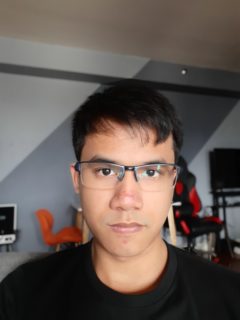 Powering the P30 Lite is a Kirin 710 chipset while the Galaxy A50 has the new Exynos 9610. Since we already tested both devices on various benchmarking applications, here are their scores:

It shows that the score of the P30 Lite is lower than the Galaxy A50 even with the Nova 3i (in terms of 3D Mark and Geekbench) which isn’t the typical case. Overall, these scores mean that the latter is a more practical option for gaming.

There’s not much to expound on and compare in terms of RAM as both devices carry 6GB. Safe to say that this will come in handy when it comes to multitasking on both devices.

The same goes for storage as both devices come with 128GB storage which is enough for storing one’s files, videos, games, music, and documents.

Both smartphones come with the usual connectivity features such as Dual-SIM support, 4G LTE, Wi-Fi, and USB Type-C. However, the Galaxy A50 has a slight advantage due to its Bluetooth 5.0 (P30 Lite only has Bluetooth 4.2). For audio, on the other hand, both of them sport a dedicated headphone experience—the Samsung has the LDAC while the latter has the Huawei Histen.

It would have been nice if Samsung’s device can enable the Dolby Atmos option in the Settings, but we can’t seem to turn it on for some reason. Regardless, the point still goes for the Galaxy A50 in this aspect.

When looking at smartphones, it is important to know its battery capacity and how well it performs. Here are the battery benchmark times that we had:

As seen above, the Galaxy A50 outlasts the P30 Lite when it comes to playback time. If you’re looking for a device with longer battery life, the former may be a better choice.

In terms of the operating system, the P30 Lite uses the same Emotion UI while the Galaxy A50 runs on the relatively new OneUI. Though some of us have been Huawei users for the past few years, we do like the latter unit more due to its cleaner, simpler, and more straightforward user experience. In the end, this is probably the most subjective aspect among all the categories in this comparison so feel free to disagree with us here.

Normally, we wouldn’t put this category in this comparison, but this aspect is worth checking especially when comparing the P30 Lite and the Galaxy A50. The Huawei uses the typical rear-mounted fingerprint scanner while Samsung has its in-screen fingerprint sensor.

Samsung's phone took too long to register our fingerprint. It often prompts a message that says we should reposition our fingers or put it on the scanner longer. For Huawei's device, however, it only took around 10 seconds to enroll our fingerprints which is by far more convenient.

We’ve also tested both of their response time and accuracy, and we must say, the Galaxy A50 is very slow and significantly less accurate than the physical sensor of the P30 Lite. It only took us less than 0.3 seconds to unlock the Huawei unit while it took us more than 1 second with the Samsung unit, not to mention the scans would keep failing so we had to put our finger on the scanner multiple times.

While both are pretty accurate in terms of facial recognition, the P30 Lite is much faster than the A50. When pressing the power button, Samsung will take a while as it shows the lock screen first before it proceeds to facial recognition. The Huawei, on the other hand, instantly goes to facial identification, so it unlocks faster.

Without a doubt, the point in this aspect goes to Huawei's contender.

It's a rare sight to see a device sporting an IP rating in the mid-range price segment. However, the P30 Lite is equipped with IP53 water and dust resistance while the Galaxy A50 does not have it. Users who have butter fingers will be delighted to know that the P30 Lite will be safe from sudden water accidents. For that, the point goes to Huawei.

Based on our review, the Huawei P30 Lite comes out on top in terms of the number of advantages versus the Galaxy A50.

The Galaxy A50 proved to be a good choice in terms of performance, connectivity, battery life, and operating system. However, the P30 Lite is the better choice if you are into sleek and gradient designs, value mobile photography for both rear and front cameras, seek faster and more accurate biometrics, want a phone that’s water and dust resistant, and are looking for a great phone at a more affordable price.