ASUS launched its business-oriented laptop last year, the ASUSPRO P5440UF, in the Philippines and it packs a punch given its compact and thin size. I got the chance to take this device for a full spin, and one thing’s for sure, it is indeed one heck of a very portable device especially if you need to be productive on-the-go. Check out how my review below. At first, I mistook the ASUSPRO P5440UF as an ordinary laptop given its industrial look and gray color. That’s understandable considering that this is a business-centric laptop, so the matte finish and subtle design matches its purpose. 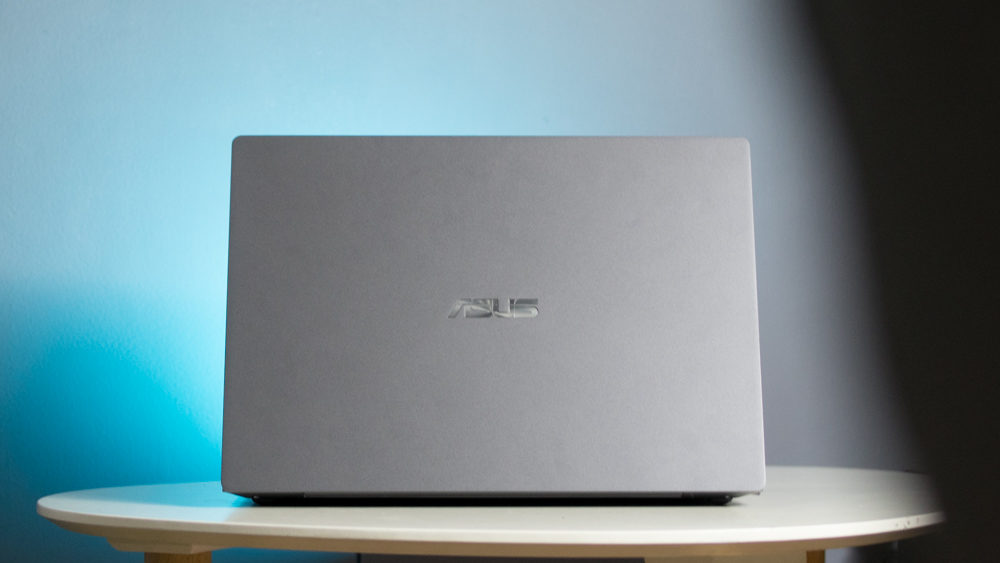 I like how I can open the lid with just one hand because this shows that its hinges are sturdy and well-built. You can also flex the screen up to a 180-degree angle which is a great feat. 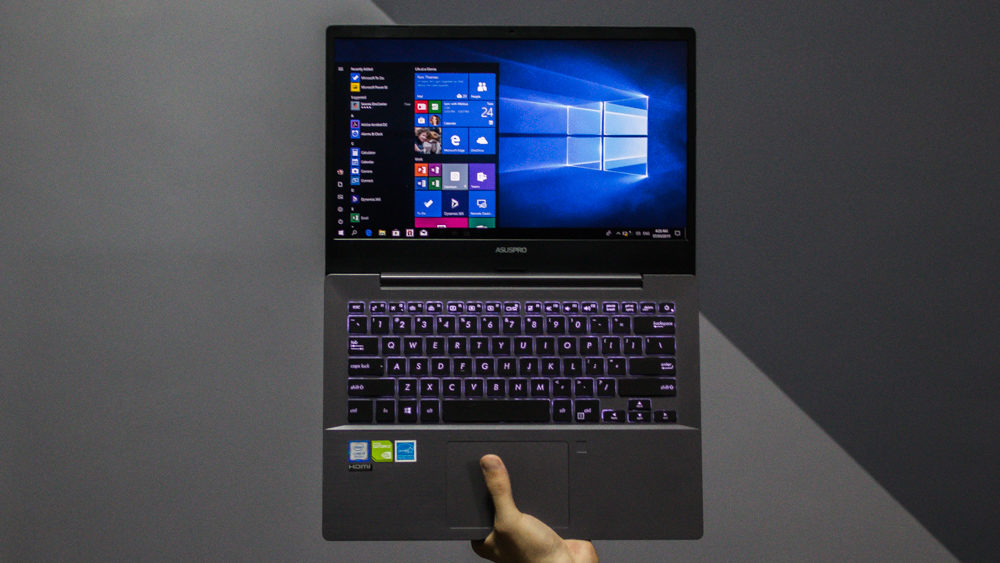 The 14-inch screen will greet you once you open the lid. The first thing I noticed is that it has a slightly thick top bezel as compared to the ultrabooks that I usually see, but that’s fine. The bottom bezel, however, is thick which may look awkward to some. When it comes to ports, the left side houses the charging, USB Type-C, HDMI, USB 3.0 Type-A, and 3.5mm audio ports. You can also see two LED notification lights which indicate if the laptop is currently turned on, charging, or even in sleep mode. Checking at the bottom part, you can see one of the loudspeakers sitting there as well. The SD Card reader and the other USB 3.0 Type-A port can be found at the right side while the other loudspeaker is on the parallel side of the other speaker. 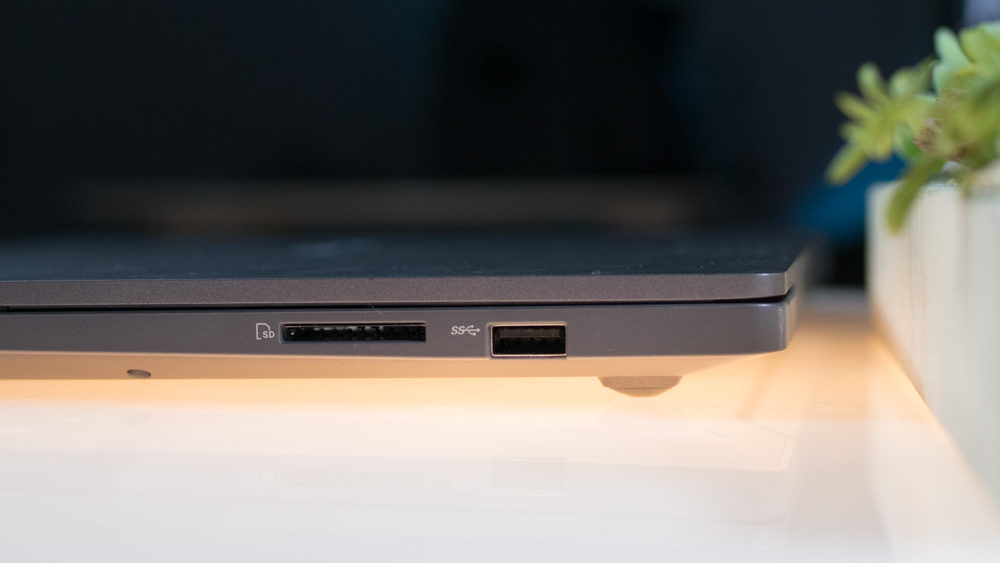 Moving to the main body, the ASUSPRO P5440UF has the same matte-finish covering the keyboard area which is nice since I don’t like having fingerprint marks and smudges all over it. There is only little keyboard flex which indicates that it is made up of good and sturdy material. The white backlit chiclet keys are clicky and tactile which are good indicators that the keyboard is of good quality. The keys are also decently spaced that we rarely press the wrong button when typing. 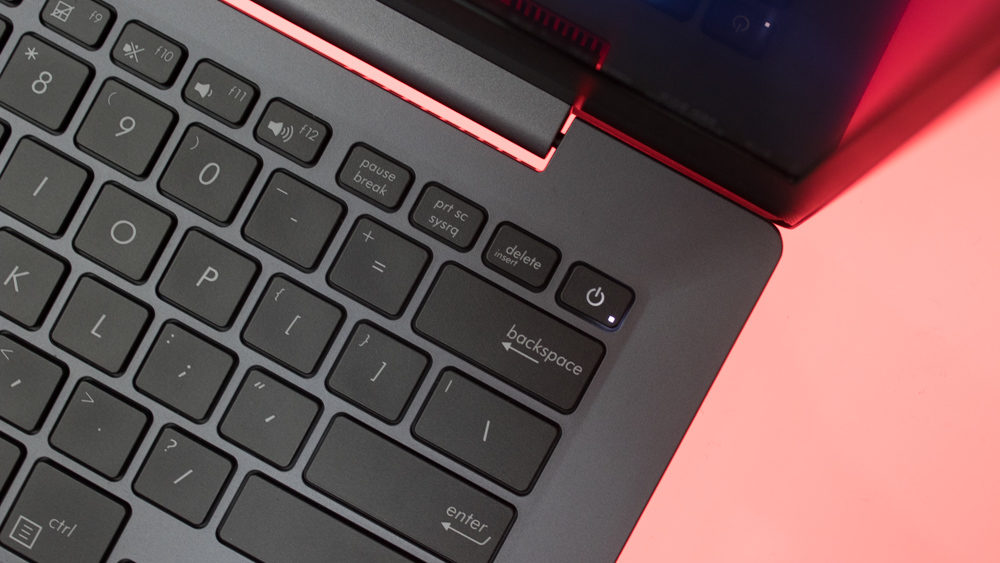 The palm rests have a brushed aluminum finish which adds character to the otherwise plain design. The trackpad, on the other hand, is smooth, but with a bit of resistance when I ran my finger across it. You can also find the device’s fingerprint sensor beside it which responds quickly and scans quite accurately. 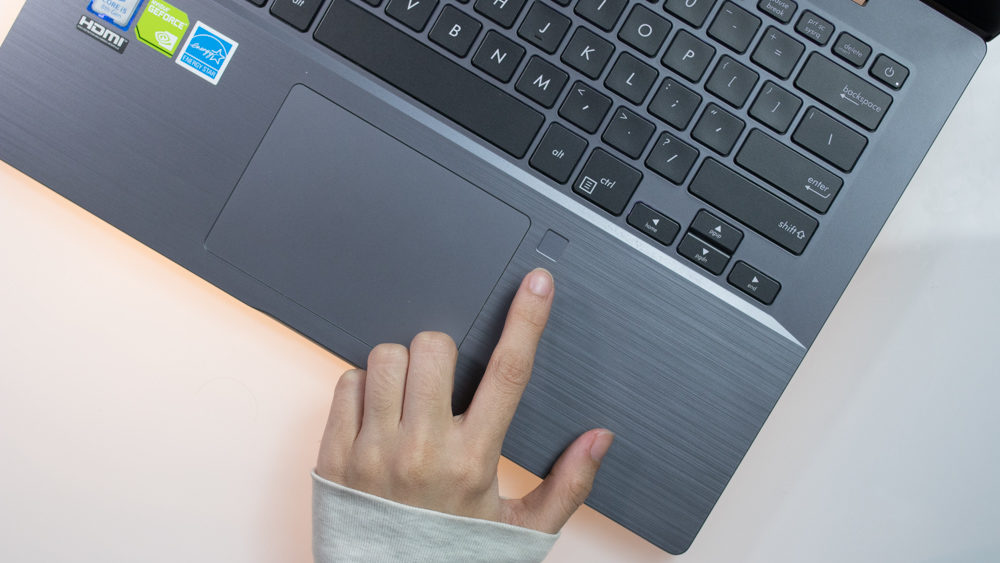 If there’s one design flow that this ultrabook has, it’s the exhaust vent location at the back of the device. We’ve reviewed various ASUS ZenBooks before, and the previous versions also have the same problem. The air flow will be slightly restricted if the screen panel is covering it. 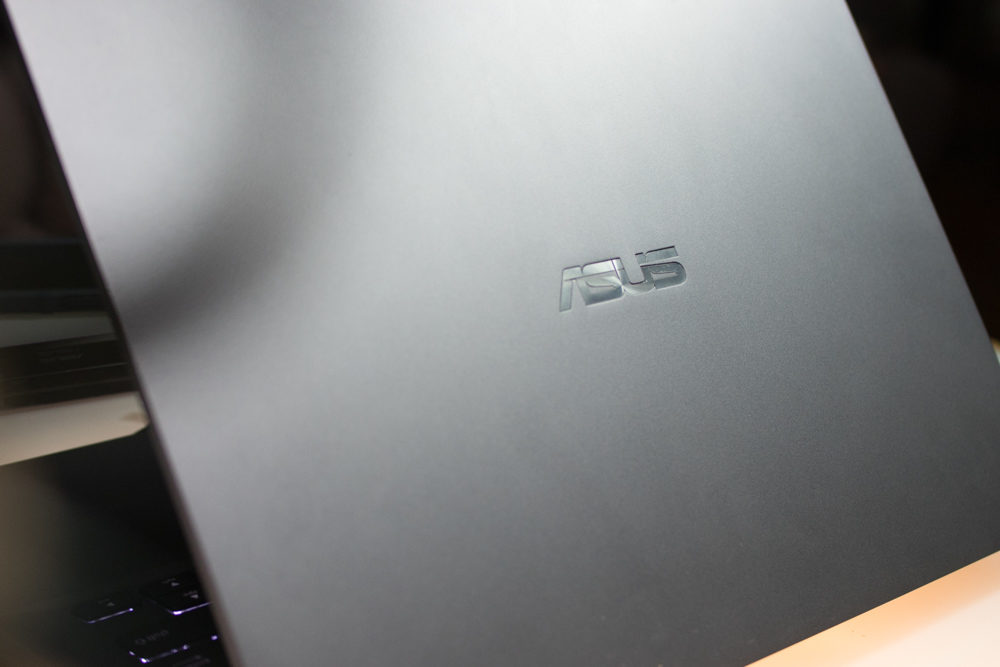 Compared to the MacBook Air, I feel that the P5440UF is lighter and more compact. Overall, this device a good traveling companion due to its mass and thin form factor. From this alone, I’d already want to recommend this ultrabook, but let’s continue.

The 14-inch 16:9 display comes with a Full HD resolution and a 178-degree viewing angle. The colors are quite punchy and accurate which is nice. It is also vibrant to a point where you can use it under direct sunlight. Viewing angle is also decent as the anti-glare panel works as it should. The loudspeakers of the ASUSPRO P5440UF has no extraordinary feats, but it still provides a loud and clear audio experience. It has good highs and mids while the lows are surprisingly present which is great. One issue that I had, however, is that when I put the volume to the maximum, there are some points where the sound gets blown out which slightly ruins my listening experience.

The ASUSPRO P5440UF runs on a Windows 10 Pro operating system which is more preferred by the company as compared with the Windows 10 Home. There’s not much to be seen here since the user interface is pretty standard. Some ASUS pre-installed apps include the ASUS GIFTBOX, Product Registration, ZenAnywhere, Live Update, and Battery Health Charging. The ultrabook doesn’t come with pre-installed antivirus software like McAfee, but it’s okay since I don’t use them as well. There’s also a Microsoft Office installed to cater your productivity needs. The laptop uses a 512GB M.2 SATA 3 Solid-State Drive which boots up fast and transfers files quickly. 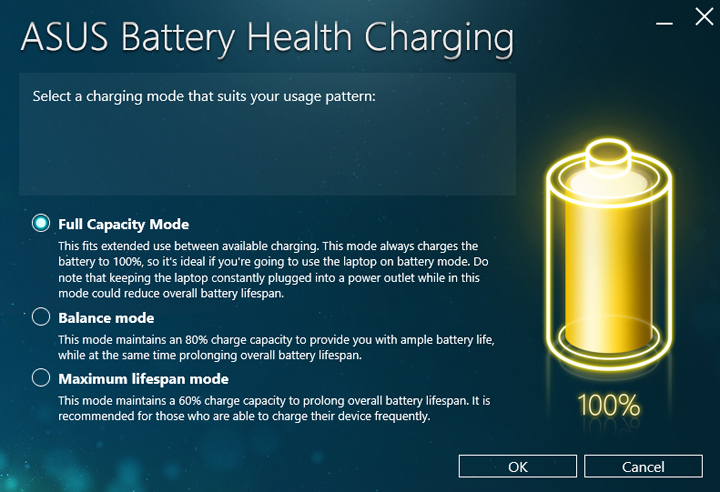 This ultrabook comes with an Intel Core i5-8250U processor, NVIDIA MX130 GPU with 2GB VRAM, and 8GB RAM. Your day-to-day task executions such as browsing, video streaming, document creation, and multitasking will be a breeze. The only thing that you should worry is that if you will be into gaming as the ASUSPRO has its limitations. I tested out its overall performance on different benchmarking apps and here are the results:

Again, this is a business laptop so you’ll normally see this machine displaying a PowerPoint presentation, a Word document, or Excel sheets. But just in case that person wants to run some games to kill some time, we’ve tested it for that purpose to give you an idea.

Given these frame rates, I can say that the ASUSPRO can run games but not in its full glory. You can try but make sure to set it in lowest settings so you can at least enjoy playing the game. I also experienced a thermal throttling when I was playing Crysis 3, so you need to be wary of that as well.

As I’ve said earlier the vents are at a disadvantage since they can’t dissipate heat well and thus, I tested its temperature under thermal stress tests. 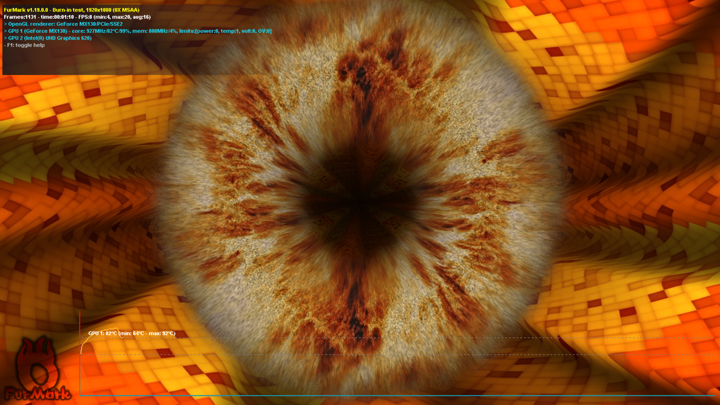 First up is the Prime 95 software which tests the device’s Intel Core i5-8250U CPU. It turns out that it has a maximum of 85°C which is alarming already for laptops but not to a point where it’s dangerous. Although, the temperature could be much lower if the air dissipation is free-flowing. Next up is the FurMark benchmarking app which tests the MX130 GPU of the laptop. I haven’t closed my Prime 95 to this point, and so the temps went as high as 92°C which is already dangerous for the ultrabook’s overall health.

Aside from the usual Wi-Fi and Bluetooth connectivity, the ultrabook comes with two USB Type-A ports separated on each side and a USB Type-C port. As a bonus, ASUS also included a Type-C to VGA so you can connect it to older displays and projectors, and Type-A to RJ-45 dongles which are great given that the device doesn’t have a LAN port. 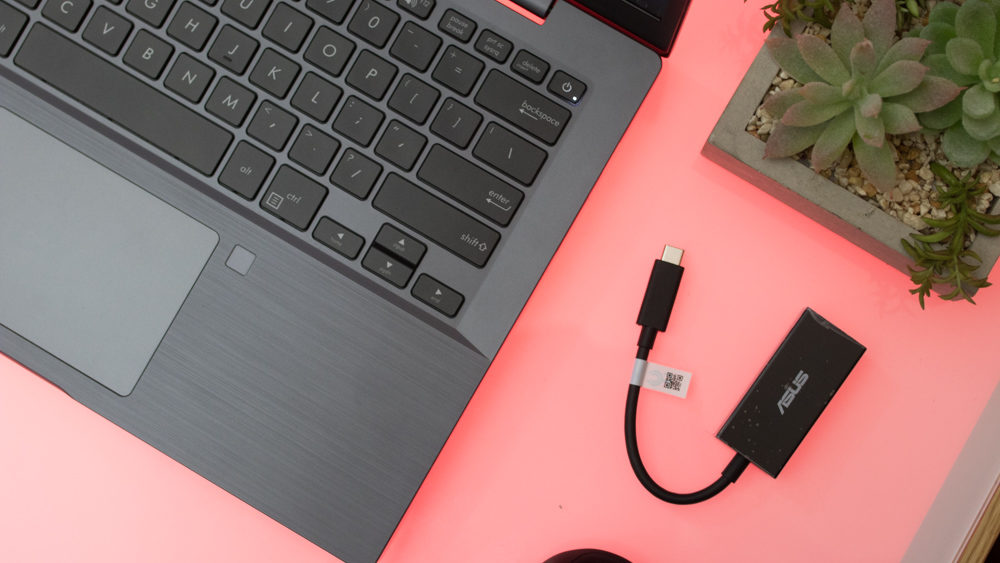 I tested out the ASUSPRO’s battery life by running it on our video loop test (1080p movie, 50% brightness, 50% sound, airplane mode, w/ microphone, and at the lower middle power settings). I’m impressed as the ultrabook lasted for 12 Hours and 30 Minutes of playback time which is pretty long already. Using it in realtime, I managed to work for 5 hours straight with 50% brightness and with a wireless connection, and the laptop still has 40% battery remaining. Charging the device takes a little less than 2 Hours before reaching 100%.

The ASUSPRO P5440UF is one heck of a very light and thin ultrabook that can handle productivity tasks well but at the same time capable enough for some light gaming. It has a plain design, but the premium build makes up for it. The fingerprint scanner is a neat addition to the ultrabook and provides an accurate and fast recognition time which is excellent. I would’ve liked it more if ASUS also implemented a touchscreen feature on this laptop to give a better service for users who want to have a tablet-like experience. 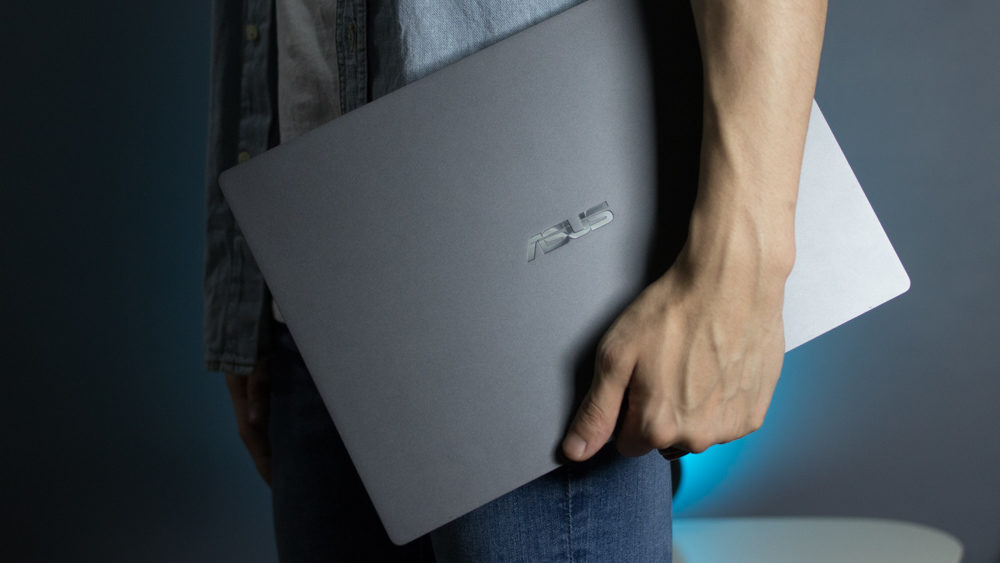 For the price of PHP 72,995, you’ll already get a very convenient, portable, and powerful laptop which is good if you are a casual gamer, but at the same time, works in the corporate world.

Thank god for a decent review. I can’t find any other in-depth reviews like this online!