HMD Global has just launched the Nokia 8.1 in the Philippines. A smartphone that features Android One, a PureView display, and ZEISS lenses, does this mid-range device have the strength to take on other smartphones in the same league? Let’s find out.

Sized at 6.1 inches, the Nokia 8.1 is constructed with glass and comes with a frame crafted from Series 6000 aluminum. Due to the glass construction, it does feel premium and sleek when held. The device sits in the mid-range level, but with its Iron Steel colorway, it looks a little more sophisticated than that. The curved edges also allow the device to rest comfortably against the palm.

Up front, the smartphone has a seemingly outdated bar notch. It’s pretty thick, compared to other devices that have been designing their notches to become smaller and smaller. Situated in the bar notch are the front camera, call speaker, and sensors.

Over the rear are the dual cameras, stacked vertically and raised from the back of the phone. With the protruding cameras, the 8.1 definitely won’t lay flat on surfaces. Below the cameras is a fingerprint scanner that’s pretty easy to reach.

On the right side, one can find the power button and the volume rocker. They’re all clicky and are reachable even with small hands.

Located on the left is the SIM card tray. The 8.1 employs a hybrid dual SIM slot; one can use two SIMs or a single SIM card and a micro SD card to expand the device’s storage.

A 3.5mm headphone jack can be found at the top.

The USB-C charging port, speaker grilles, and the microphone can all be found at the bottom.

Nokia has fitted the 8.1 with PureDisplay, something that can also be found on older Nokia smartphones such as the 7.1. According to Nokia, PureDisplay provides higher contrast and has HDR10 support. The PureDisplay technology does give the device’s 6.18-inch screen with a bit of flair; the panel is bright and the viewing angles are great. Color saturation is present as well, although it’s not as excellent as what an AMOLED display would provide. As the 8.1 does have a rather bright display, using it under direct sunlight isn’t an issue at all.

When it comes to audio, the 8.1’s speaker certainly gets loud and fills the room. Surprisingly, audio at the highest level doesn’t sound distorted nor does it sound tinny and eardrum-splitting. The sound is balanced, and one can hear the mids and lows coming through from time to time. A downside though is that the speaker grille is positioned where your palm could cover it easily.

Located in the bar notch up front is a 20MP shooter, while a set of 12MP + 13MP shooters with ZEISS optics sit on the rear. As mentioned, the rear cameras protrude slightly from the back of the smartphone. Let’s take a closer look into their capabilities.

The ZEISS lenses employed by the 8.1 deliver sharp images, with details and accurate color reproduction in settings with ample lighting. Vibrancy is present as well, and the 8.1 seems to have an automatic scene/subject detection mode in it. This is shown through a small notification right below the camera settings. The detection works fairly well and is able to identify whether you’re taking pictures of plants, people, indoors, outdoors, and such. When it comes to portrait shots, edge detection is modest but it produces detailed images; the smartphone will also notify you if you’re too close or at the perfect amount of distance from the subject. 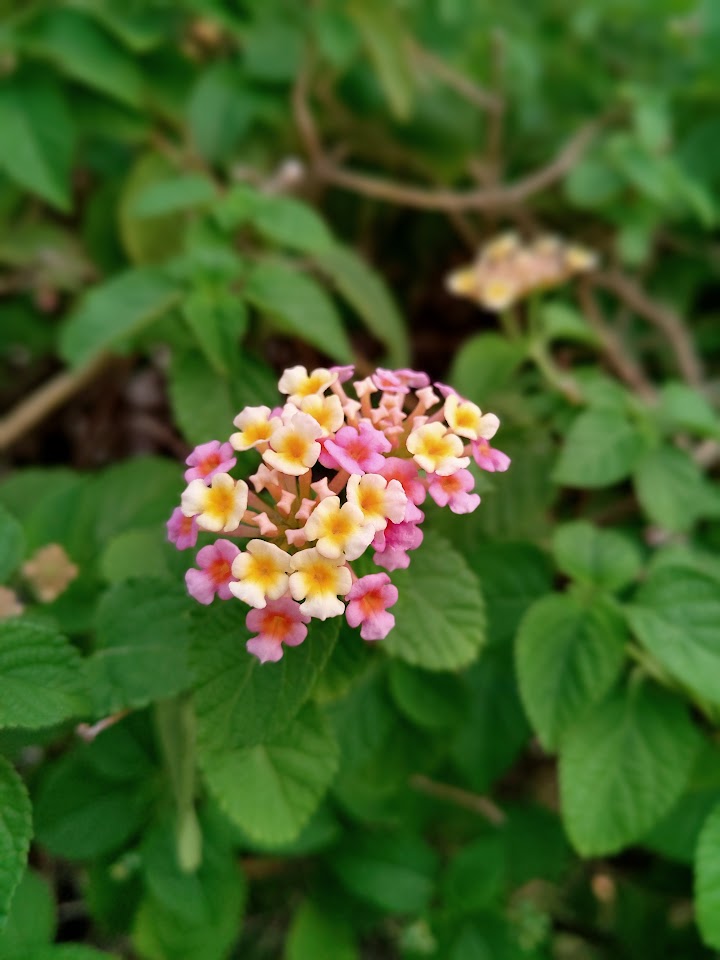 As for selfies, the images produced using the standard photo mode are good to use on social media. However, there’s a slightly artificial look to the selfies, whether or not the Beauty mode is enabled. Strangely enough, taking selfies using the Portrait mode results in less-vibrant, saturated colors. The edge detection separates the subject from the background nicely, though. 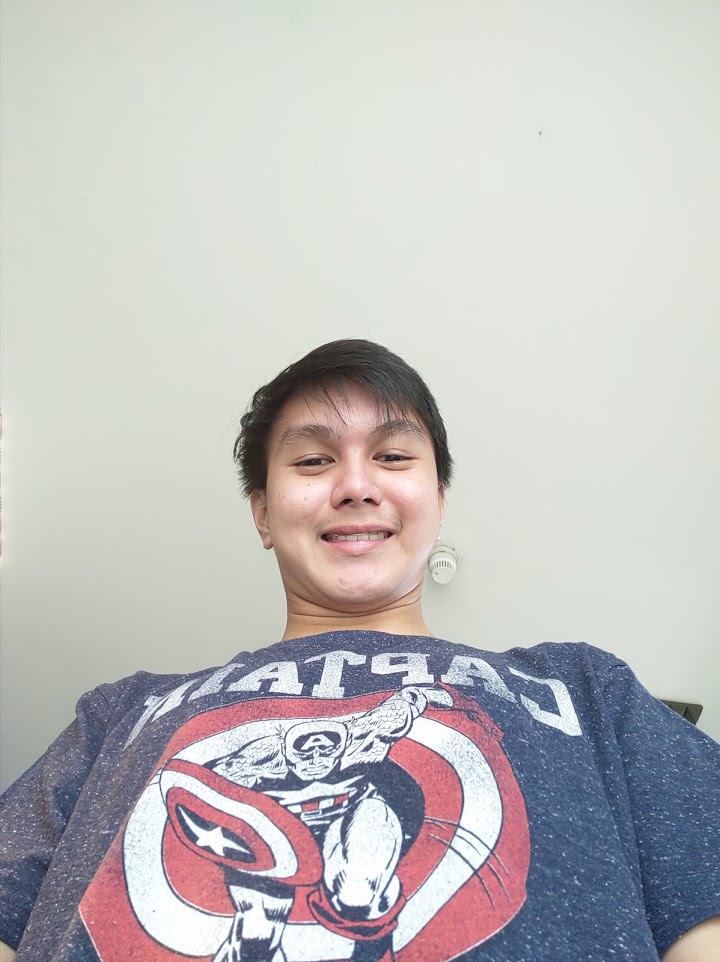 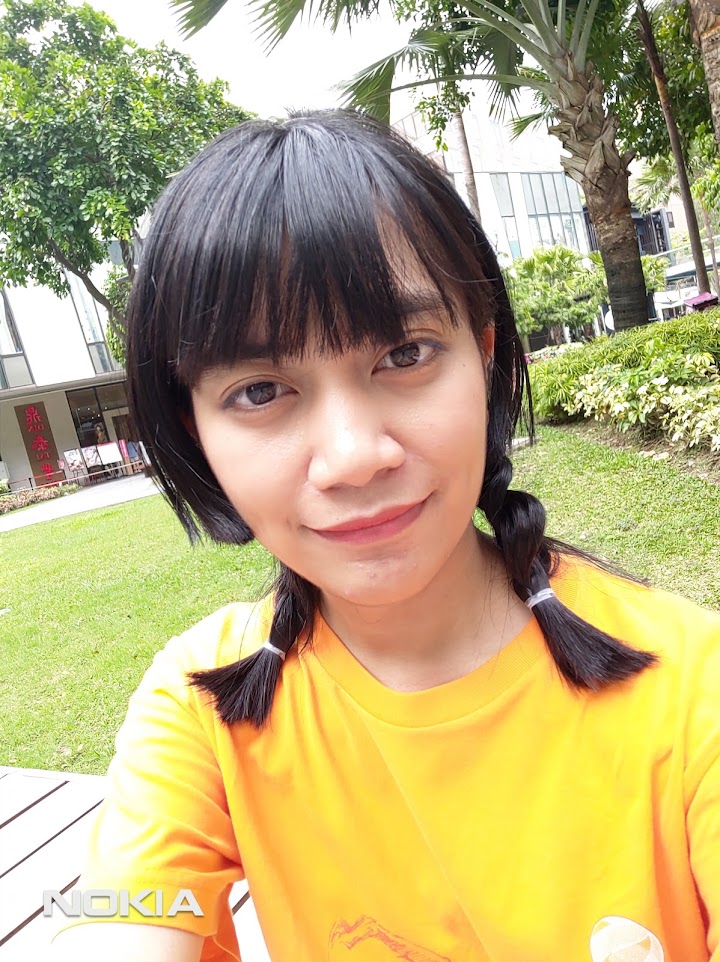 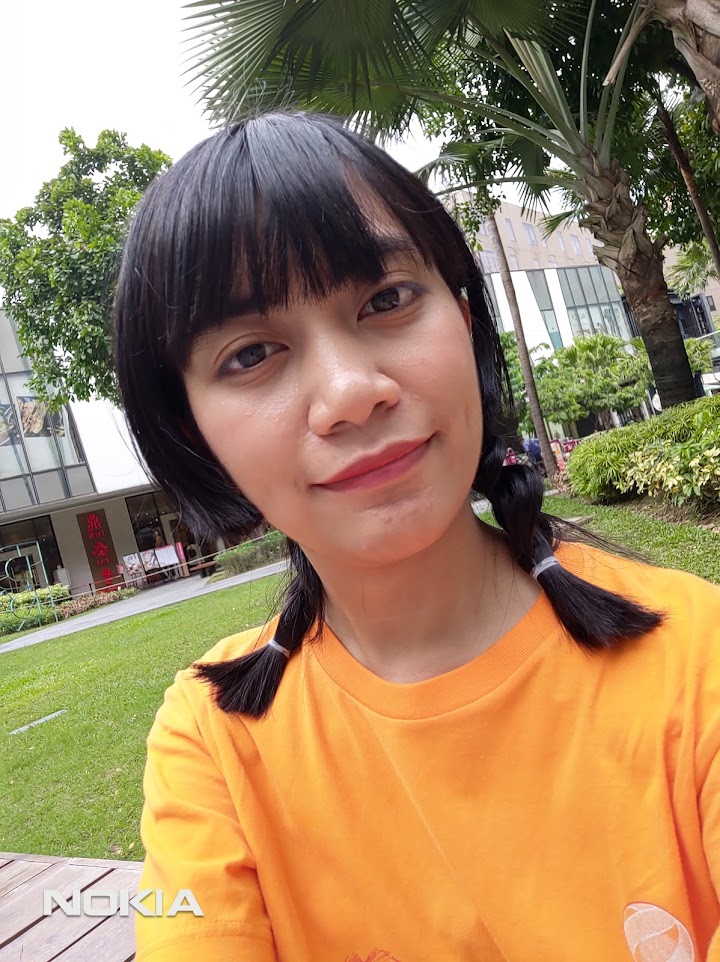 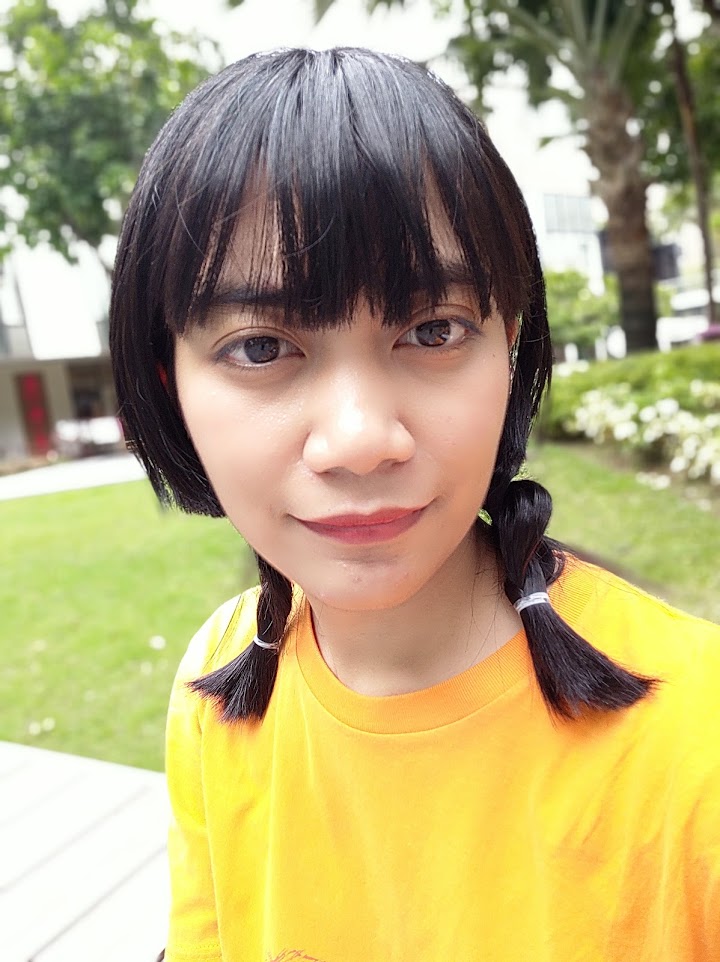 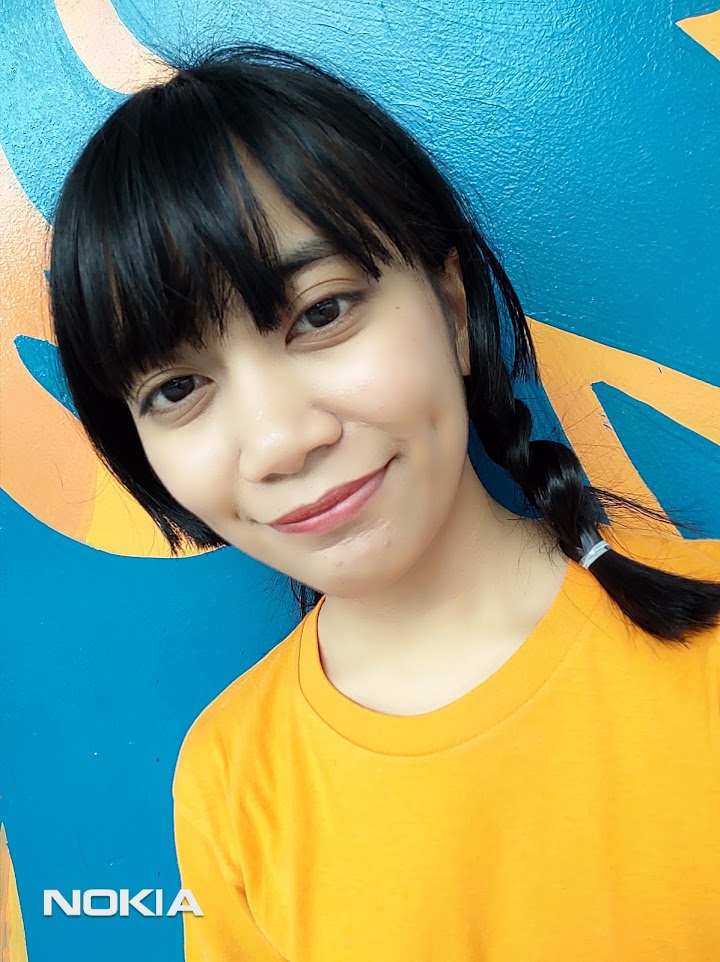 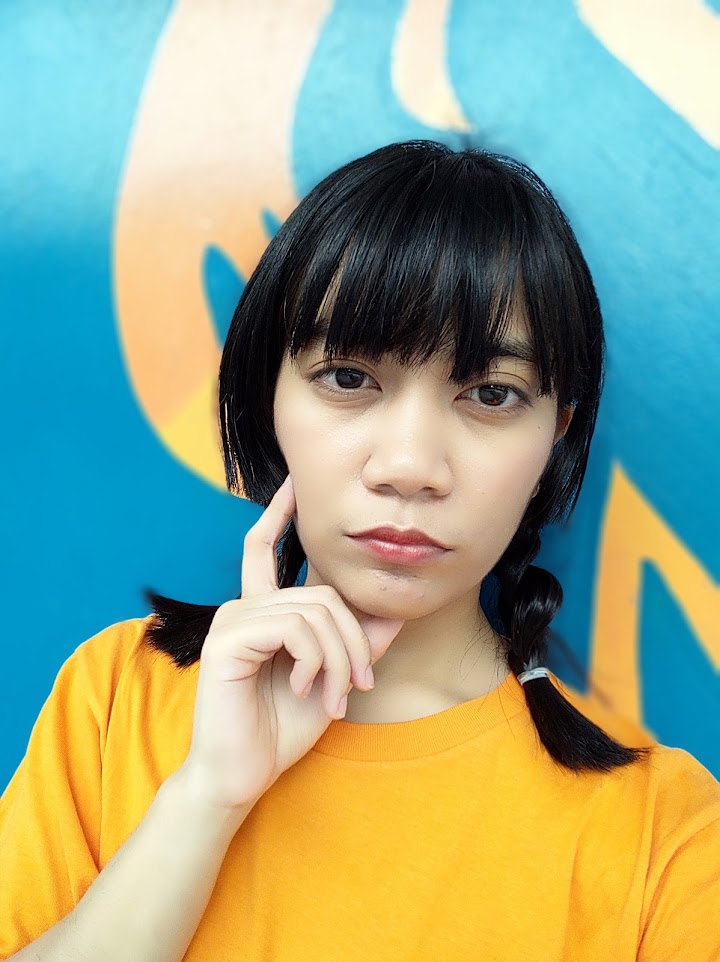 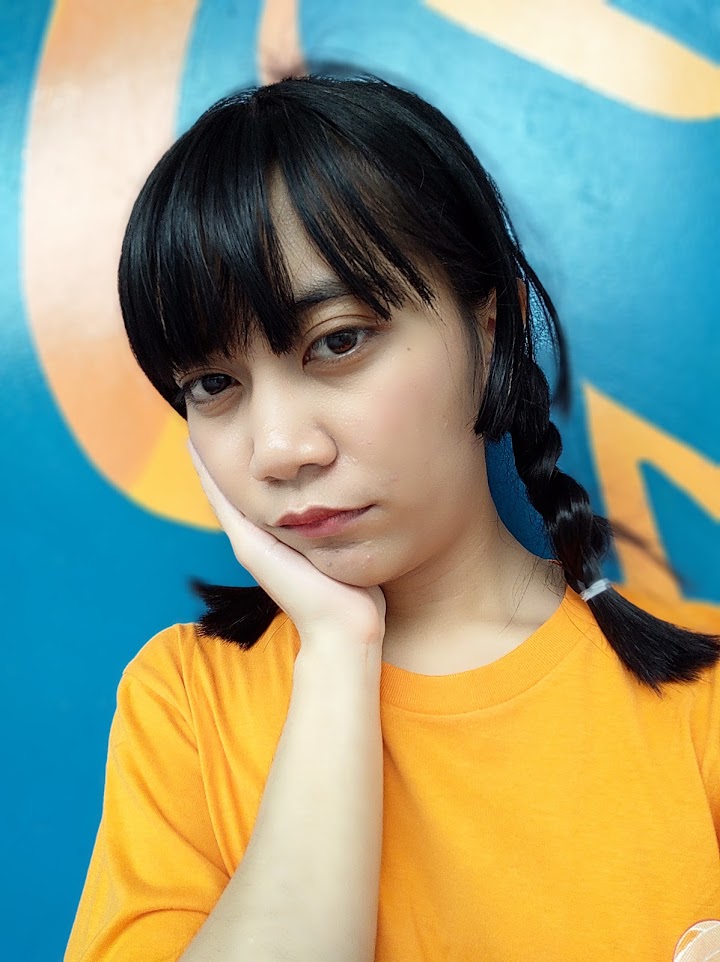 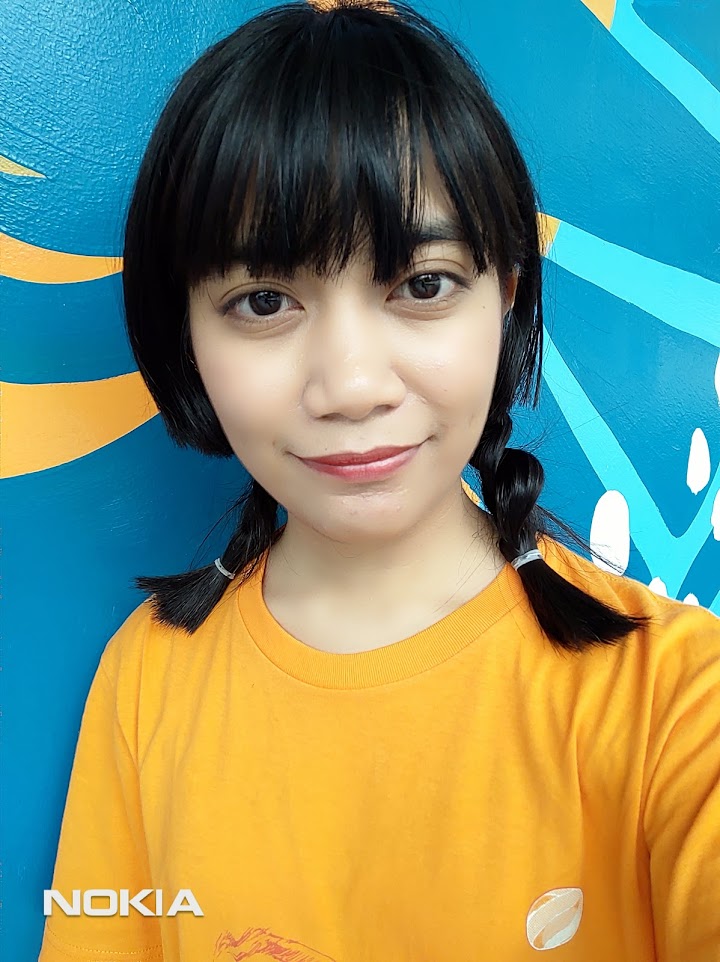 The 8.1 can record up to 720p, Full HD, and UHD 4K video. Video quality is decent, and it offers stabilization as well.

The 8.1 runs on Android One, which is a stock version of the Android operating system. Here’s a short explainer if you’d like to know more about Android One. The device has Android 9 straight out of the box. While the device runs on a no-frills Android operating system, we found the UI to be confusing at times. Once you’ve installed a couple of apps, you can swipe right on the home screen to see their respective icons. For a user to see pre-loaded apps and other functionalities of the smartphone, they’d have to draw up the center navigation button.

If you don’t pull up the center button all the way to the top, the screen will first display all the currently active apps. You’d have to pull up the center navigation once more to see every app and functionality installed in the smartphone. User interfaces should always be designed with ease of use in mind; the 8.1’s UI shows the exact opposite of that. Despite the frustrating interface, having stock Android means that the 8.1 doesn’t have bloatware or third-party apps in it.

Snapdragon 710 powers up the Nokia 8.1, coupled with Adreno 616 GPU. RAM variants of the smartphone include 4GB or 6GB, with our unit on hand here possessing 6GB. We ran the device through a couple of benchmarks, and here are the results:

The device is definitely capable of handling productivity tasks, multi-tasking, gaming, and the like, running them through in a smooth manner. We tested out Asphalt 9 and PUBG to see the smartphone’s gaming capabilities and we can say that it does not disappoint. Initial gaming didn’t give us any lags or frame drops, but they will happen through an extended gaming session. Still, it’s a pretty decent enough device to game on.

The usual connectivity features such a 4G LTE, Wi-Fi, and Bluetooth are present in the 8.1. GPS is fairly accurate as well and didn’t give us any issues when pinning locations or using the map. AR games are also possible to play using this device. The phone has support for NFC as well, allowing users to pay virtually.

A 3,500mAh battery comes with the 8.1, and support for 18W Fast Charge. PC Mark rated the battery life at 12 hours and 7 minutes. Strangely enough, It takes about 2 hours for the device to get fully charged.

Although released a little late in the Philippines, the Nokia 8.1 is a competent smartphone that has the guts to go up against other devices in the mid-range section. It has an impressive display, speedy CPU performance unmarred by lags, modest audio quality, Stock Android, and decent camera quality. Despite the fact that it has an outdated bar notch design, poor speaker location, a frustrating user interface, and seemingly artificial-looking selfies, it can be overlooked when you’ve got a solid performer in your hands.

With inputs from Alex Barboza
Product shots by Vaughn Chua