Smartphone technologies have exponentially improved over the years. Companies like Qualcomm and MediaTek have been pushing processors to new heights, Sony and Samsung have been developing better and better cameras, and Micron has been improving RAM with new innovations like the recently released LPDDR5. However, there is one crucial spec that most people overlook, and that’s storage. 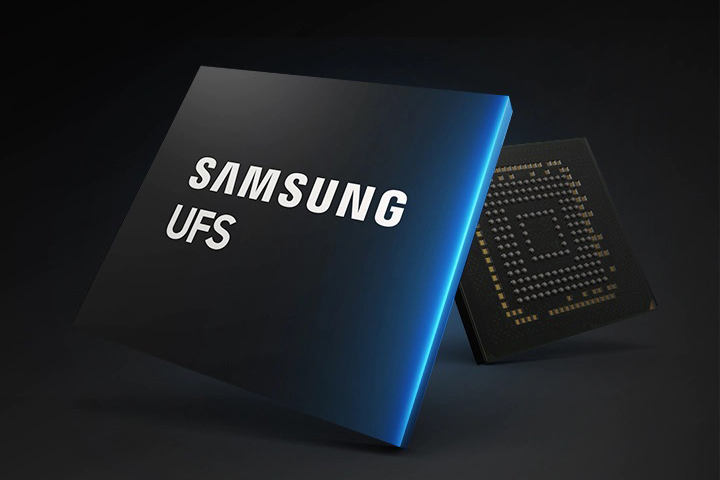 Ask any PC enthusiast and they’ll tell you that SSDs are a bare minimum for their systems, and they’ll refuse to use a computer that runs solely on a mechanical drive. This is because storage speed affects how snappy your system feels. This trend follows with smartphones. Even if you have a phone with a Snapdragon 865 and 12GB of LPDDR5 RAM if that phone is using an SD card for storage, you’ll feel like you’re using a smartphone from 2010.

Though, unlike computers, smartphone manufacturers have to take into account both size and power consumption when putting components in their devices. That’s why manufacturers have been using Embedded MultiMediaCards or eMMCs from the beginning since they are faster and more power-efficient compared to other storage solutions available at the time. However, there are certain limitations to eMMC storage. For example, the latest generation eMMC memory can only go up to 128GB and operate up to 600MB/s. As the rest of the smartphone’s ecosystem improves, manufacturers needed a better form of memory.

This is where UFS or Universal Flash Storage comes in. Not only are they more power-efficient, but they’re also faster. Unlike eMMC storage which uses a Parallel interface, UFS uses what’s called an LVDS Serial Interface. While an eMMC storage can only read or write at any given time, UFS can perform both tasks simultaneously with its two lanes. In addition, UFS also has a Command Queue, which acts as a scheduler. Instead of waiting for an action to complete before starting a new one, the Command Queue will sort the processes efficiently and execute multiple commands at the same time. As a result, UFS storage can reach speeds much faster than eMMC can.

Over the years, the UFS technology has matured, allowing up to 1TB of storage (as seen on the ROG Phone II), and operate at the following theoretical speeds:

The generational leap between UFS 2.1 and 3.1 is huge, doubling in theoretical speeds. It also introduces new features such as:

With these new features, along with its current max speed, the gap between SSDs and UFS is getting slimmer and slimmer. That being said, does the regular user really take advantage of all of UFS 3’s speed and features? Aside from installing and transferring large apps, I doubt most users would. Even Samsung’s flagship S10 only comes with UFS 2.1. However, as camera resolutions get higher, application sizes get bigger, the rise of AI functionality, and the upcoming 5G connectivity, even UFS 3.1 may soon be obsolete and be replaced by something better.