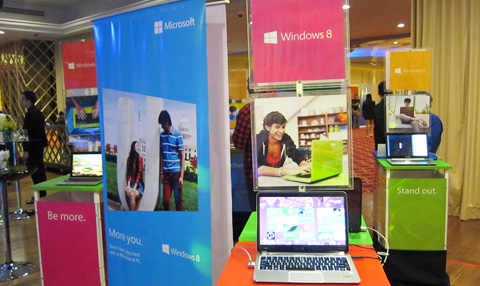 Along with the launch of the touch-centric OS, Microsoft’s hardware partners such as Asus, Acer, Dell, HP, Lenovo, Samsung, Sony and Toshiba were also present to showcase their Windows 8-powered devices. There were notebooks, Ultrabooks, hybrids and All-In-One PCs but most of the excitement came from Windows 8 tablets such as the Acer Iconia W510, ASUS Vivo Tab, Samsung ATIV Tab and Sony VAIO Duo 11, to name a few. Nokia was also present to demo their primary Windows Phone 8 smartphones – the Lumia 920 and the Lumia 820. 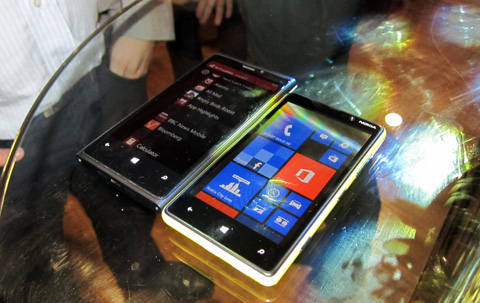 Microsoft has also tied up with the country’s leading organizations and businesses to develop their local apps to be available in Windows 8. These include ABS-CBN, Sulit.com.ph, SM Cinema, BPI, Globe, Smart, Meralco, Cebu Pacific, Resorts World Manila, LBC, MMDA and MyMakati. 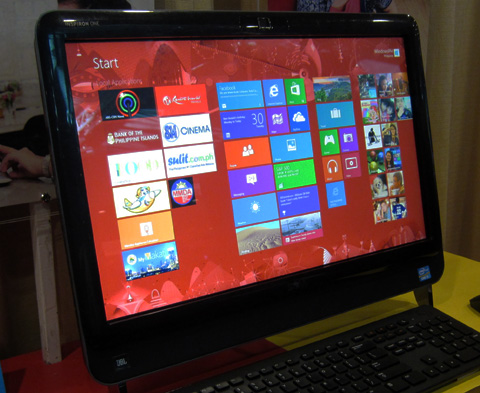 Through the end of January, consumers currently running PCs with Windows XP, Windows Vista or Windows 7, are qualified to download Windows 8 Pro for USD39.99. You may also visit Microsoft’s partner retail outlets for the Windows 8 retail box at USD69.99 for a Windows 8 upgrade. Eligible Windows 7 PCs purchased between June 2, 2012, and January 31, 2013 in more than 140 countries can download Windows 8 Pro for an estimated retail price of USD14.99 with the Windows Upgrade Offer, available at www.windowsupgradeoffer.com.