One of the promises coming to Windows Phone 8.1 update is a built-in file manager. Though, current users of WP8.1 do not see this feature on their Windows-powered smartphone. According to an admin reply via forum, this feature will be known as “Files.” 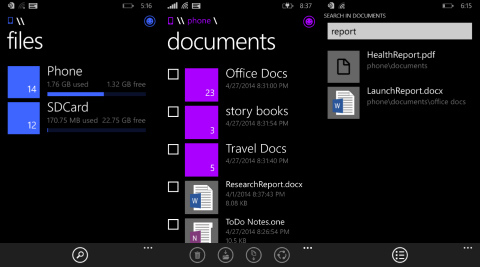 As mentioned in an admin’s comment in the Windows Phone forum, the missing file manager will come to Windows Store by June. No specific date was mentioned but at least we have a 30-day time frame. This will be the answer of Microsoft’s inability to release its own file manager through the initial Windows Phone 8.1 beta update.

Based on the screenshots, you can easily dig up your files from either the phone memory or the microSD card. Not only that, you can also create folders according to your liking to keep your files neat and organized.