Samsung has taken the wraps off its new Galaxy S8 flagship, and it’s no secret that its redesign would make you want to compare it against another Korean company’s flagship, the LG G6. Let’s take a look at how these two devices fare against each other. 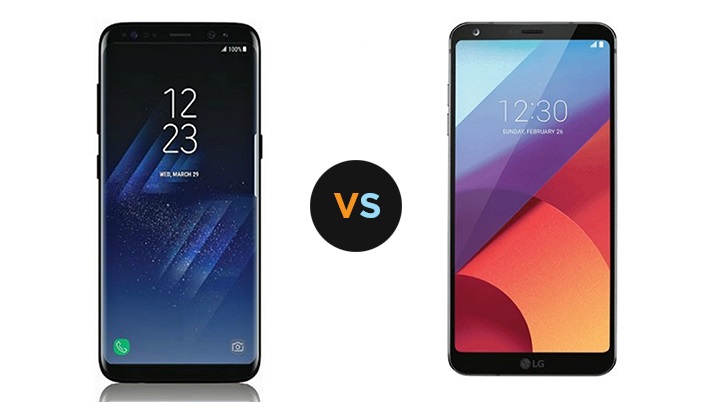 First off, both of the devices’ displays bear something to look forward to. Samsung opted to implement its edge-to-edge display seen on previous devices such as Note 7 and S7 Edge that does have some nifty features to tow. If you’re not a fan of that, LG’s latest flagship bears a Fullvision display capable of producing HDR content and supports a wide range of gamut color.

While LG opted for an older Snapdragon 821 chip as there were reports that Samsung got the first dibs on the latest SD835 chips for its flagship, with none left for other companies to use. Too bad, the Galaxy S8 launching in the country would not be a Snapdragon variant but with a much-improved Exynos chip, and it is deemed to be as good as other CPUs in the market today based on benchmark scores.

Their camera setups are also different — Samsung still has the same 12MP DualPixel camera from last year, and LG kept the normal and wide-angle rear cameras as inherited from the G5. The front cameras also vary as Samsung sports a selfie camera with a higher resolution and wider aperture leading to better shots in low light, while LG still opted for their 5MP front camera setup.

Both phones also offer their own set of nifty features: The Galaxy S8 inherits the iris scanner from the Galaxy Note7 in addition to its long-standing heart rate monitor, while LG adapted a Hi-Fi chip that would be a sure hit with the audiophiles.

On the software side, both sports Google’s Android Nought right out of the box but with their own customizations: LG kept Google Assistant and made it a core function of their new flagship, while Samsung will go head to head and launch their native assistant called Bixby, further closing the ecosystem they had always hoped for. While the S8 still has the Assistant, its dedicated Bixby button along with a plethora of features tailored for the S8 would leave one confused on which to use.

As we now start the countdown to the local launch of these smartphones which could happen this summer, we’re expecting some hard consumer decisions considering both phones are deemed to be the best their own companies have made so far. Which smartphone are you most excited for? Leave a comment the comments section below.