It’s a long time since we heard from Samsung’s original Galaxy Tab line as it was overshadowed by their Note devices, and here we are with what seems to be images of the Samsung Galaxy Tab 3.

While the first Galaxy Tab was overly talked about because of the court battles it went through, the 2nd generation went on a lower profile. We never expected to hear of a 3rd generation of the line – until recently when SamMobile indicated that there could be more than just the 8-inch Galaxy Note in MWC. According to the report, there are two variants of the Tab 3 line, the 7-inch and the 10.1-inch model which will be coming in 3G & WiFi only models, firstly to come in white for the first half of 2013. The report also includes a rumor of a high-end model, though it’s still unclear as of the moment. 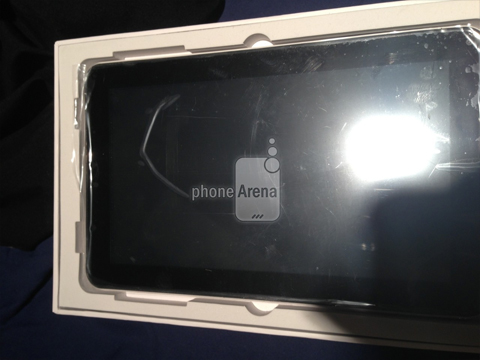 Other than the indicated 5 megapixel camera, there isn’t much anything reported. All we have is the alleged leaked photos of the Galaxy Tab 3. There are two things to note here: first, the box has stock Android all over it and second, there’s no Samsung branding on the tablet itself.

For a reason, the photos could be faked, but then again, maybe the 3rd-gen Galaxy Tabs do exist; we’re just going to have to wait for MWC to find out.