According to the same image of the flyer we saw in cyberspace revealing four new Android smartphones to launch this quarter, it also revealed a glimpse of the new Cherry Mobile Alpha View‘s sub-Php5k price. The Alpha View was first seen along with the Alpha Neon at the Mobile World Congress in Barcelona last month, and were initially touted to come along with a sub-Php5k price tag. 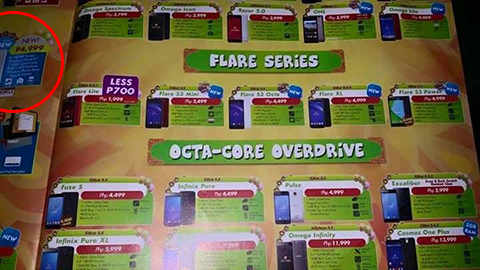 True enough, the CM flyers show the new Alpha View (encircled in red), and is set to have a Php4,999 SRP.