The Flare series has a new XL member. And by XL it means big display, 6-inches to be exact. This is the Cherry Mobile Flare XL 2.0. For just under Php 6k, you’re already getting all the goodness of having a phablet without breaking the bank. Is it any good? Here’s our full review.

Right off the bat, the Cherry Mobile Flare XL 2.0 is a sleek device despite its 6-inch display. It’s tall, narrow, and appears to have thin bezels when the screen is off. Its design actually reminds us of the Sony Xperia C5 Ultra. When the screen is on, it’s a bit disappointing to see that the bezels are not exactly as thin as we initially thought. On the bright side, it’s not that thick and doesn’t look bad either. 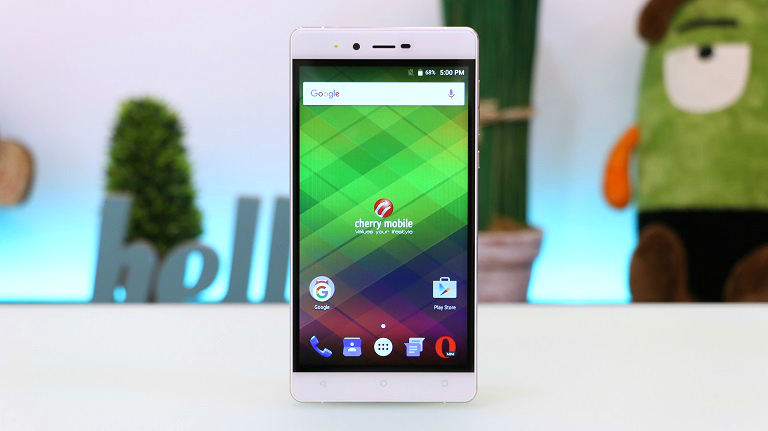 Above the screen, we have the earpiece, light sensor, 8MP front camera and a tiny LED flash. Down below are three unlit capacitive buttons. 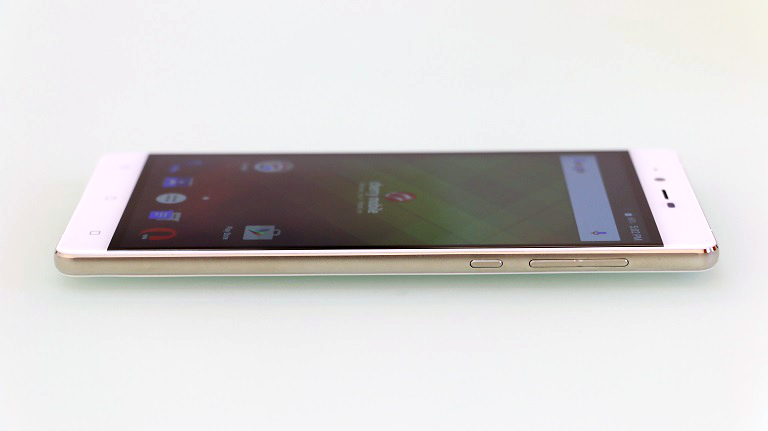 On the right, we have the metallic buttons for the volume and power/lock. For those with small hands, the pea-sized power button could take some time to get used to. 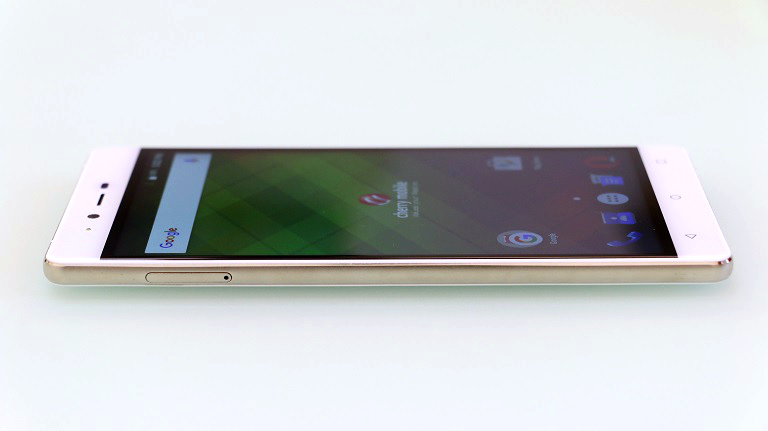 To the left side is the hybrid tray for the SIM and microSD card. That’s either a Dual-SIM setup or a single SIM card with more storage courtesy of a microSD. 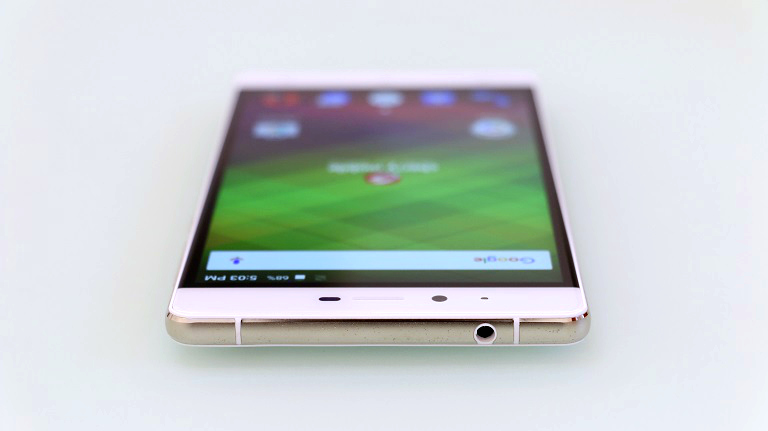 Up top, we have the headset jack and a couple of antenna bands to let radios pass through the aluminum frame. 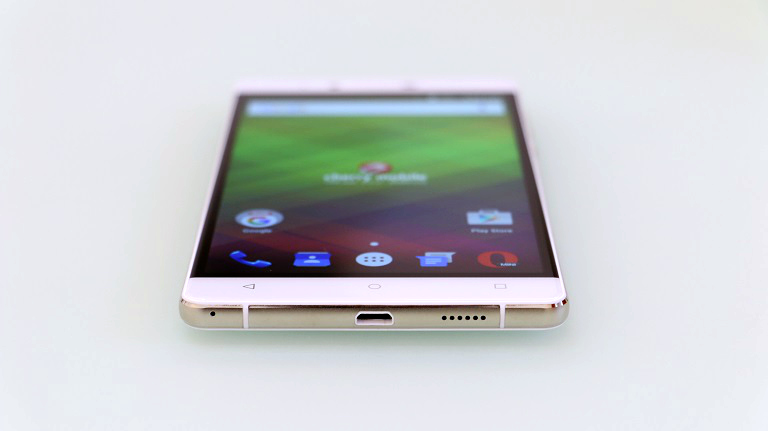 Down at the bottom are the microUSB port, mono loudspeaker, and the primary microphone. There’s also a couple of antenna bands alike on the top. 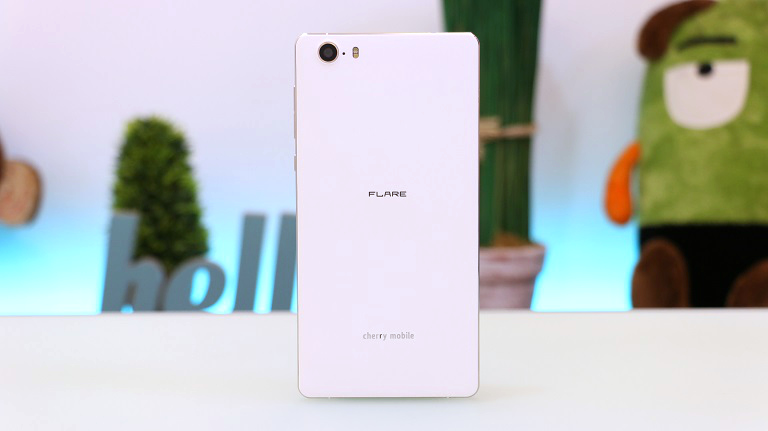 Flip it on its back and you’ll see the primary 16MP camera with its dual-LED flash and the secondary microphone. A humble Flare and Cherry Mobile branded are etched on the rear.

Design and build-wise, the Flare XL 2.0 looks attractive and feels solid on the hands. The metallic finish on the frame adds a premium feel while the back has a smooth, non-glossy, eggshell finish which feels good on touch. What we didn’t like though is the quality of paint on the frame. Upon closer inspection, we noticed tiny bubbles which give the device an aging, dirty look.

At first glance, you’ll notice the gigantic 6-inch display of the Flare XL 2.0. It’s an IPS LCD with a resolution of 1280 x 720 pixels or about 244ppi of pixel density topped with a curved 2.5D glass. At 6 inches, the HD resolution is stretched showing pixelation and jagged on small texts. Also, the contrast and saturation are on the steep side. Doing a quick screen flash test shows the off-white reproduction but the RGB is acceptable to the naked eye. 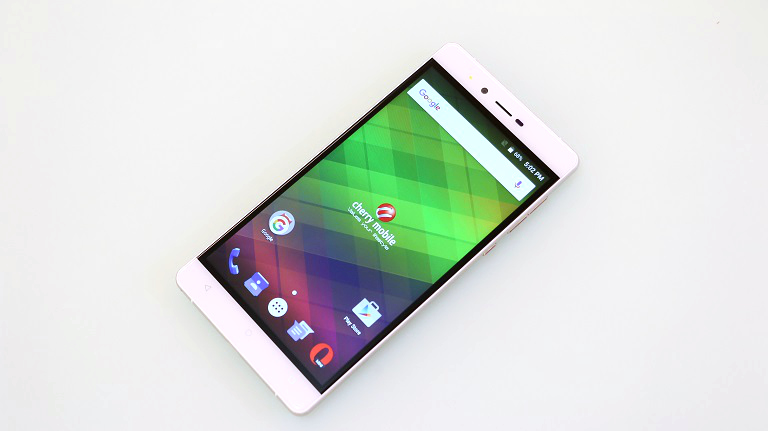 As for the speaker situated at the bottom, it can get loud enough to fill in a small room or to be heard among a group of friends. Quality is average as it lacks bass and there’s too much treble.

Cherry Mobile did well in the software department thanks to the Android 6.0 Marshmallow out-of-the-box. Yes, version 6.0 is still the latest available in the Android ecosystem and the handset will most likely stay in this state. 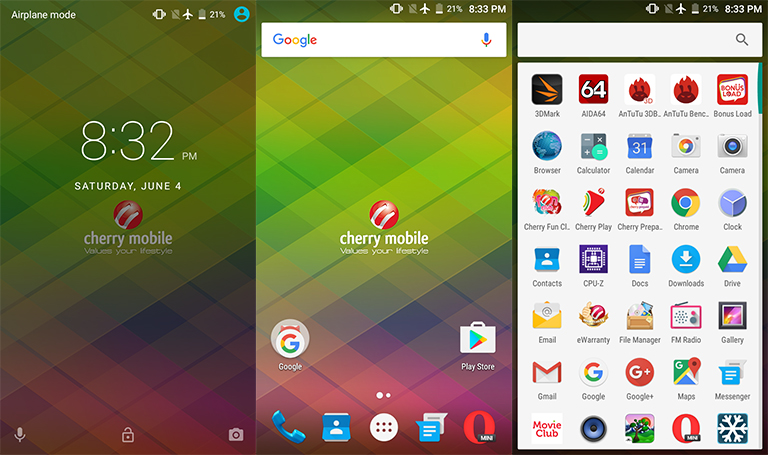 The UI is not skinned but there are a few pre-loaded apps including your favorite Google services, Cherry’s own applications, Xender, and Opera Mini. The default launcher is similar to Google’s and, of course, you may wish to install your own. Just hit the Play Store and look what suits your taste. 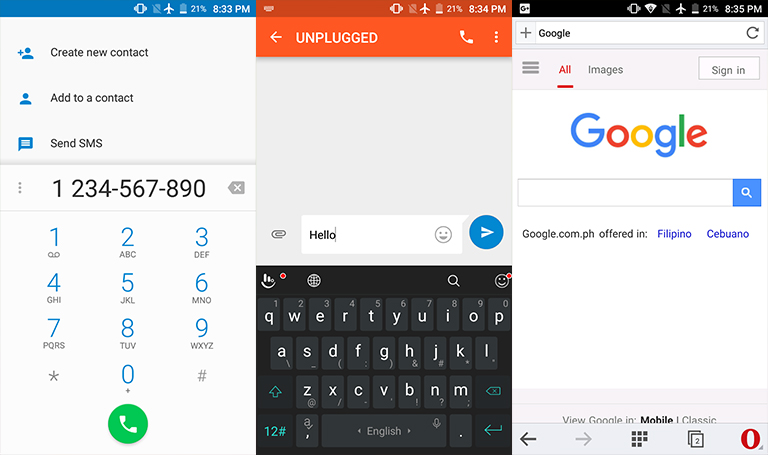 With the 16GB internal storage, around 11GB is available to the end user for apps, media, and other files.

The Flare XL 2.0 is equipped with a 16-megapixel rear autofocus shooter and an 8-megapixel front-facing camera. Both have their own flash – a dual-LED for the rear and a single soft LED for selfies. The main camera module takes above average stills with plenty amount of details and pleasant colors. Sharpening is a bit too much but it will do for most since they post their smartphone photos on social media rather than print. As for the selfie camera, it’s got a pretty wide lens and will be able to fit not just your face, but your torso as well when getting vain. Here are the samples:

In terms of video, you can record at a max of 1080p but in 3gp format. Compression is high and the output is good for everyday video taking. Take note that continuous autofocus is nowhere to be found. Here a full HD sample for reference:

Ticking inside is a 64-bit MediaTek MT6753 octa-core chipset clocked at 1.3GHz. Graphics is handled by the Mali-T720 while there’s an ample 2GB of RAM to handle multi-tasking. The performance setup is pretty standard for midrange devices or “super-mid” as MediaTek calls it. 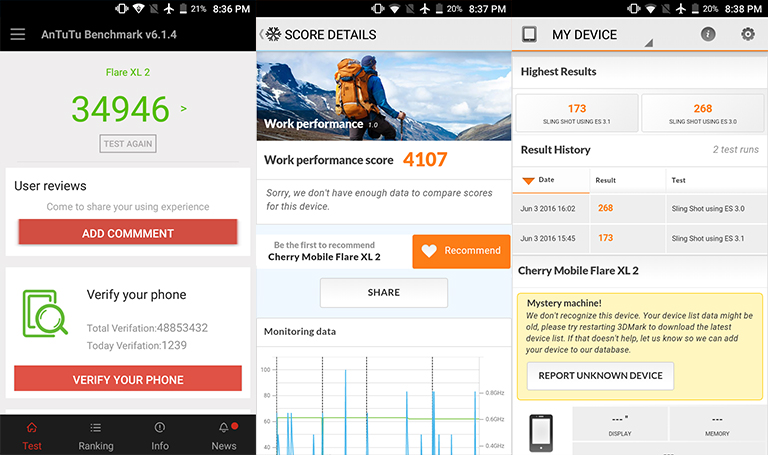 There are no problems when it comes to basic tasks and general navigation. Switching between apps are free from any frustrating lags but you’ll have to keep an eye since 2GB can easily get eaten by memory intensive applications like the full-featured Facebook app. Gaming, on the other hand, is smooth and enjoyable. Popular titles are easily supported including our stable test game Asphalt 8 and Dead Trigger 2.

Here are the benchmark scores for those who wants numbers:

Despite the question of people to the handset being a tablet, it’s still a smartphone and placing calls on it is no different than most midrange devices. Conversations on the phone are okay but the earpiece is just too soft to be able to overpower the background noise. Although, the voice capture is quite decent, thanks to the secondary microphone working on the noise-cancellation feature.

For a 2016 smartphone, it’s got the modern essentials covered like Cat4 LTE, dual-band Wi-Fi, Bluetooth 4.0, and GPS w/ A-GPS support. Dual SIM card slots are also present. Keep in mind that it’s a hybrid setup with one slot doubling up for storage expansion through microSD.

When we have a big smartphone, we expect it to also have a big battery. Sadly, that’s not the case with this handset. Giving juice to all the hardware is just a 2500mAh battery, and it’s not even removable. Using our traditional loop test using a 1080p clip with 50% brightness and volume on earphones and in airplane mode, the Flare XL 2 was able to last for 8 hours and 20 minutes. It was above expectation but we still wish for a bigger battery as a trade off in having a humongous smartphone. 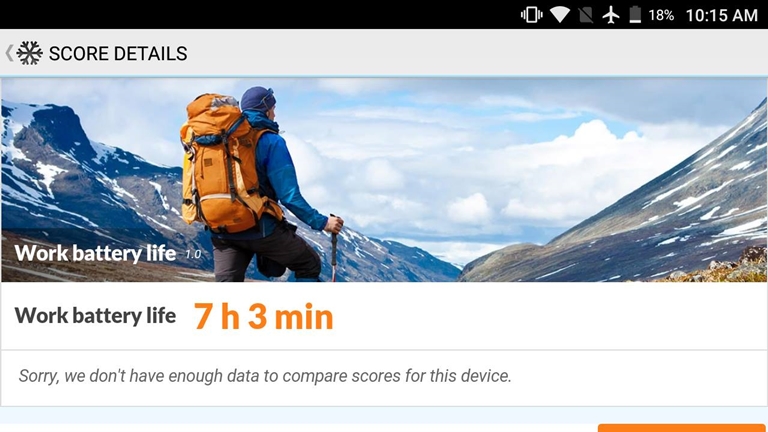 With a more definite parameter like the PCMark work battery test, the handset was able to get an endurance score of just 7 hours and 3 minutes, a disappointing number for a 6-incher.

For just Php 5,999, you’re getting an affordable phablet that doesn’t sacrifice design but did skimp on battery capacity. Nevertheless, the Cherry Mobile Flare XL 2.0 was able to give a lasting impression during our review. If you’re looking for phablet on a budget, then this handset is worth a try. It also comes two colors, black and white. 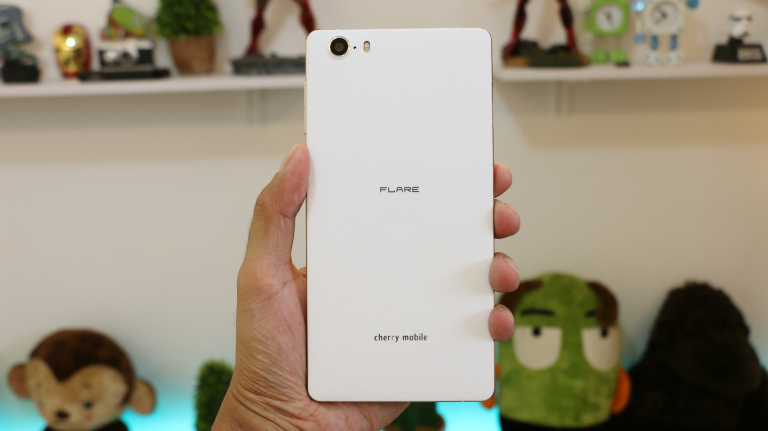