Cherry Mobile’s venture to phablets doesn’t have to come with a big price tag. With the Cherry Mobile Touch XL 2, you’ll get a 6-inch display, Android 6.0 Marshmallow, run-of-the-mill specs, and a free VR headset. For less than Php 3.5k, could be a good smartphone for you? Here’s our review to help you out.

The look and feel of the Touch XL 2 are no different than any other budget smartphones in the local scene, especially in the phablet section. It’s a big piece of plastic put together to have a huge candy bar phone. How big? The display itself measures 6-inches diagonally and the bezel is at an acceptable degree. 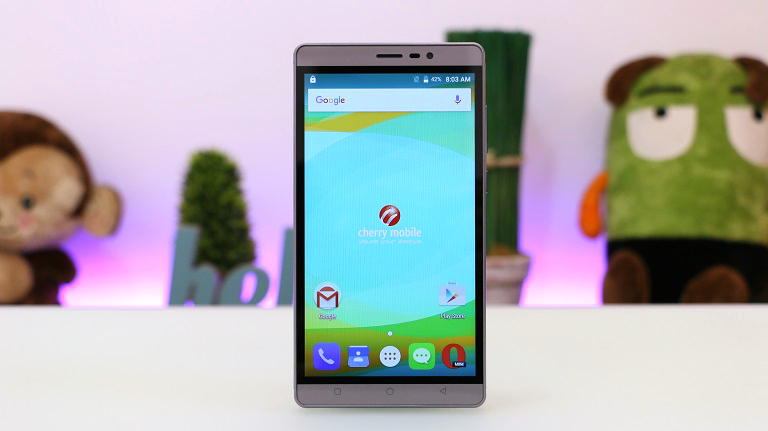 Above the display, we have the earpiece, light sensor, and the 2MP camera. Down below are three unlit capacitive buttons for navigation. It’s worth noting that the layout is similar to Samsung wherein the back key is at the right while the recent apps/menu key is at the left. 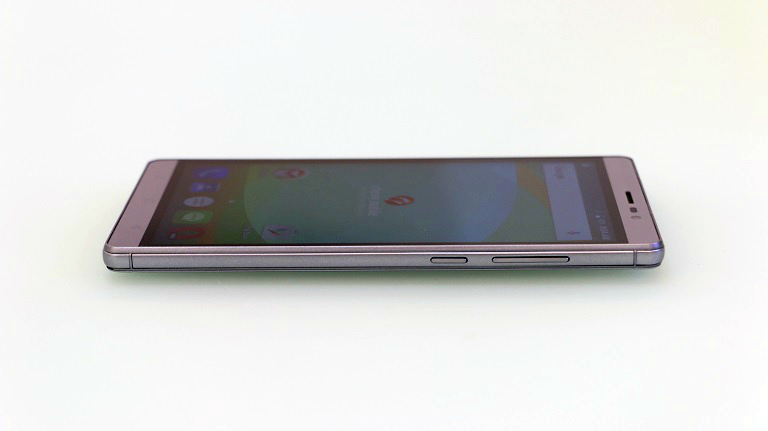 The left-hand side is devoid of any buttons, but on the right, we have the volume keys and power/lock button which has good feedback when pressed. 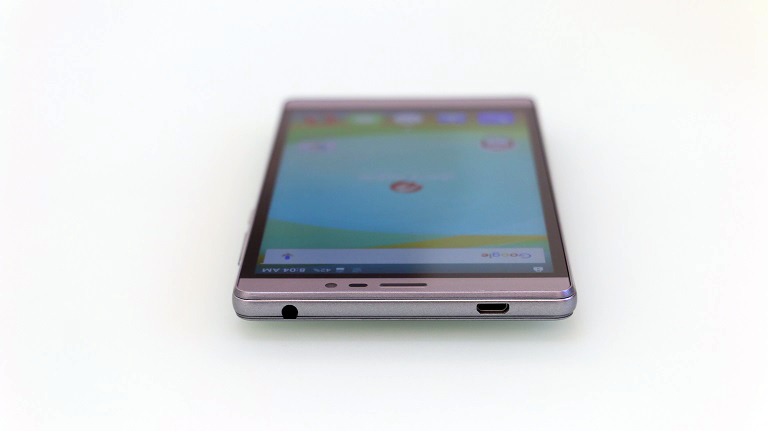 Up top are the microUSB port and 3.5mm headset jack while down at the bottom are the loudspeaker and single microphone pinhole. 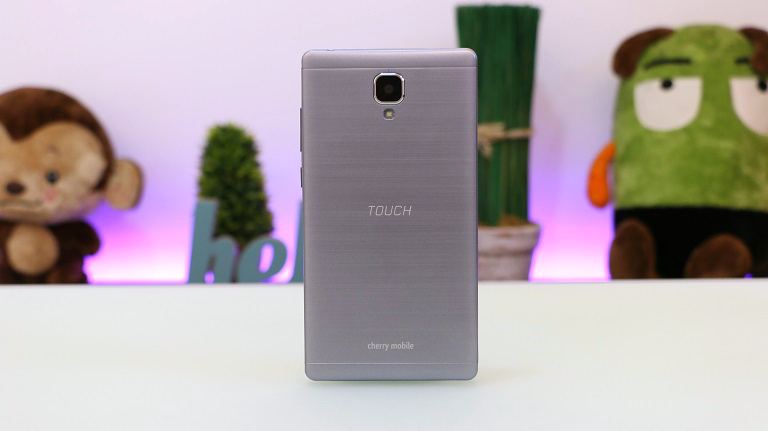 Flip it on its back and you will see the 8MP main shooter and the LED flash.  The backplate is removable which gives you access to its removable 3,000mAh battery, two SIM slots, and a dedicated microSD card slot. 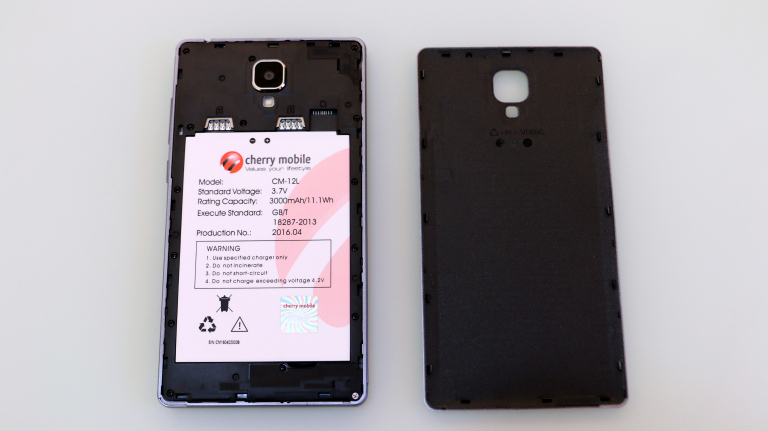 The Touch XL 2 reminds us of the Infinix Note 2 which we did a hands-on recently. Both smartphones look and feel the some with some minor differences. It has a polycarbonate build with slightly rounded sides while the rear part sports a brushed metal finish. It doesn’t look bad actually but it doesn’t feel inspiring either.

The display measures at 6 inches, hence the name “XL”, with an HD resolution of 1280 x 720 pixels or about 244 pixels per inch which are nowhere near the 300ppi threshold. While 244ppi is already modest in this range of devices, it could benefit well with full HD resolution since it is a VR-bundled smartphone. 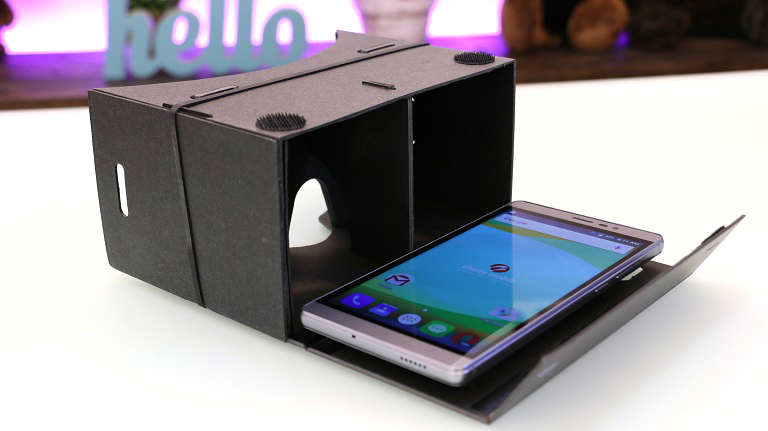 Still, thanks to the IPS panel used by Cherry, the Touch XL 2 sports a quality display with vibrant color reproduction and wide viewing angles. Since it’s a 6-incher, one can enjoy watching their favorite videos but be sure plug in a pair of headphone because loudspeaker quality is tinny and it quiet for our taste. 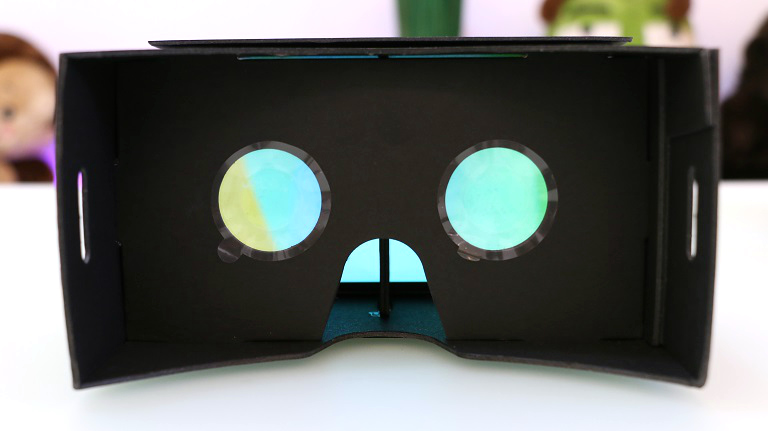 The VR headset included is large and suited for the 6-inch size of the handset. As mentioned earlier, there’s no button you can use but selection is done on-screen. The headset is not exactly the best out there but it comes free with every purchase and we’re not complaining about it.

Android 6.0 Marshmallow is present and alive here. Cherry just did some minor cosmetic tweaks to the icons and that’s about it — everything is kept stock. Only key Google apps are pre-loaded and there’s a few Cherry apps out-of-the-box. This should be a concern since the device, at least our review unit only has 4GB of internal storage contrary to the indicated 8GB. 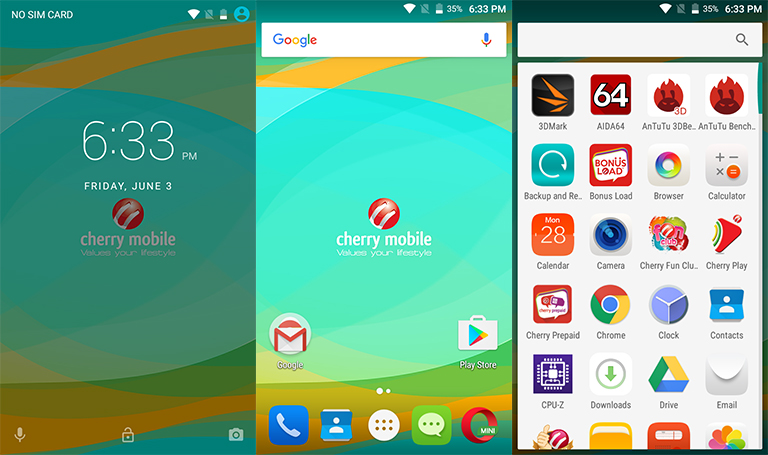 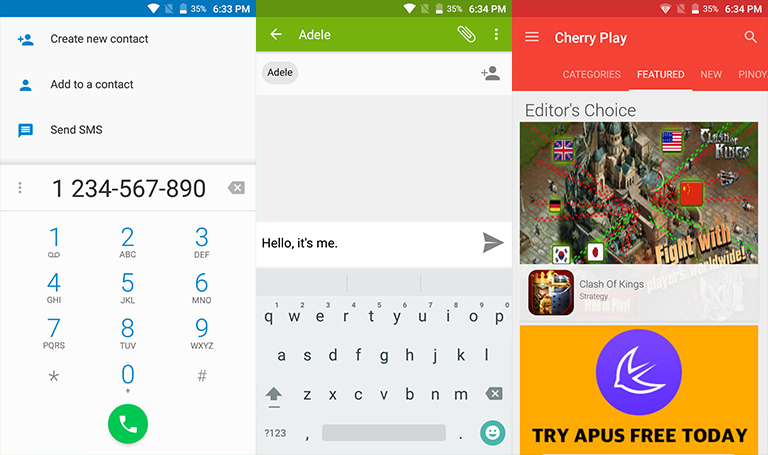 There’s a dedicated virtual reality or VR launcher installed which collates the VR-capable content you have, may it be an app, video, or a 360-degree image. There’s no dedicated button you can press to select or navigate through here but instead, you’ll need to aim and lock the pointer on your selection. It’s simple but limited compared to Google’s Cardboard. 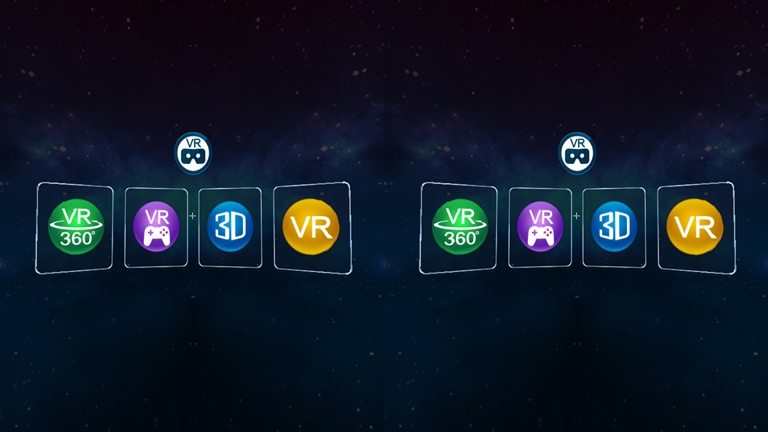 Touch XL 2’s camera department has nothing to brag about. It’s got an 8-megapixel rear sensor and a 2-megapixel front-facing camera. 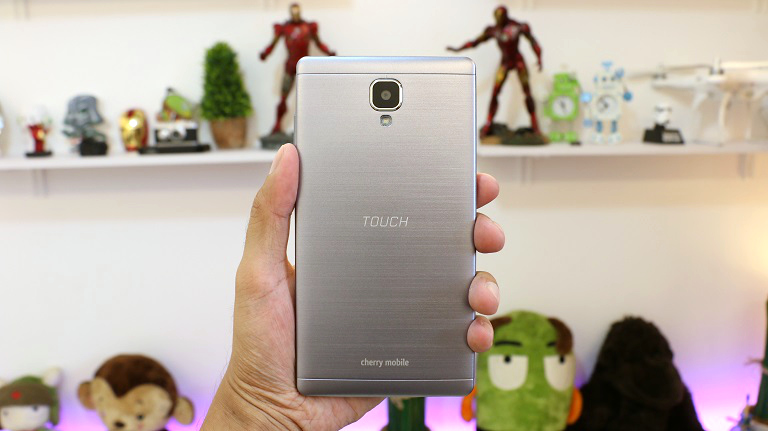 The primary 8MP camera can take decent stills but the level of sharpening is a bit high and indoor shots at the mall seem to be dim even there’s a lot of light sources. And, the HDR mode gives the shoot candy-like colors and very unnatural look. The 2MP front camera will do for video chatting but not for beauty selfies. Here are a few samples:

As for the video, we’re glad to have the option of 1080p and that’s about it. Quality is so-so with no continuous autofocus and middling sound quality. Here’s a full HD sample:

What’s powering the Touch XL 2 is the aging MediaTek 6580 with four cores running at 1.3GHz and has the Mali-400MP GPU. It’s then paired with a measly 1GB of RAM so there’s really not much to expect here. In terms of everyday tasks like browsing, placing calls, and sending texts, performance is good but opening more apps leads to stutters and hiccups. Gaming is pretty okay as long you clear all open apps before immersing yourself. Since it only has 4GB of internal storage, large game files will easily fill up space. If you have a microSD card lying around, it would be a big help. 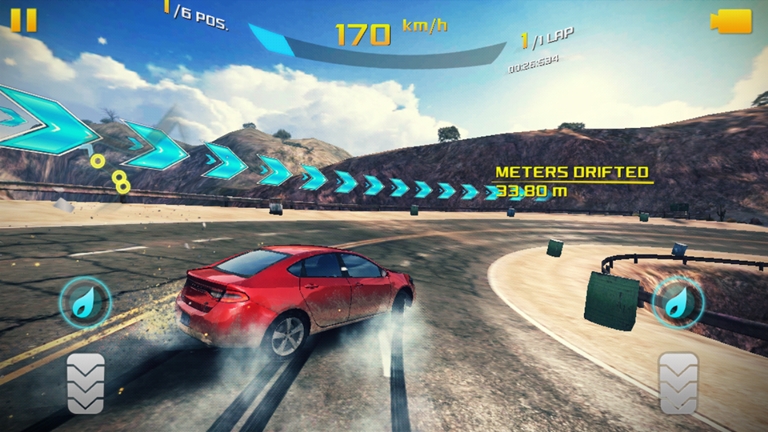 We did our usual benchmark test and here are the results:

Doing calls has been pleasant but, as always, the earpiece’s volume and quality need a bit of improvement. The single microphone was able to pick up clear voices but the lack of noise-cancellation might pose a problem when in a loud environment. The chipset of the Touch XL doesn’t support 4G LTE. You’re stuck with 3G HSPA+ when connecting to the web. Nevertheless, all the basics are covered like Wi-Fi 802.11 b/g/n, Bluetooth 4.0, and GPS with A-GPS.

Thanks to its large size, the battery capacity also gets a bump. It has a 3000mAh capacity, which could bigger but was trimmed due to the slimness of the device. Still, with modest its specs, this battery is already enough to last for a full day or maybe even more. With our traditional loop test wherein we loop a 1080p video in 50% brightness and volume with headset plugged in, it was able to last for 5 hours.

The Cherry Mobile Touch XL 2 did surprise us with its free VR headset bundle which is a good pair to the large 6-inch display. While the resolution of the panel may not be top-notch, its decent VR capability is fun to have around. Also, for just Php 3,499, it’s a good deal for those who are into huge displays but it’s not for power users. 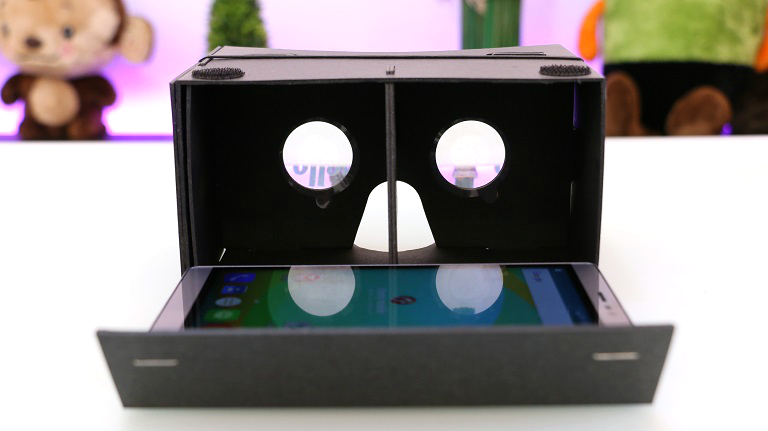 What we liked about: