Lenovo has announced today the Lemon 3 smartphone in China. It packs a 5-inch display, Qualcomm Snapdragon 616 octa-core CPU, and 2GB RAM. If that sounds familiar, that is because there’s another recently-announced smartphone that carries a similar configuration – the Xiaomi Redmi 3. So for this article, we’re going to compare the two to see which one looks better on paper. 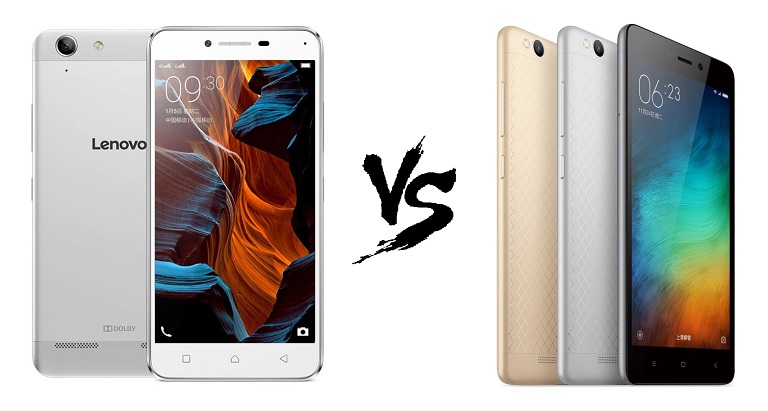 To start with, both smartphones have dual-SIM support with LTE, have the same CPU, RAM, and internal storage, They also have the same display size at 5 inches, however, the Lenovo Lemon 3 wins when it comes to resolution with Full HD versus Xiaomi Redmi 3’s HD.

Both smartphones have 13-megapixel and 5-megapixel cameras. The Redmi 3 though has Phase-Detect Autofocus. The Lemon 3 might just have regular autofocus. But when it comes to audio the Lemon 3’s is powered by Dolby with Maxx Audio.

The battery is another big difference. Lenovo opted for a 2,750mAh on the Lemon 3 which can be considered below average in today’s standards. The Redmi 3, on the other hand, has a commendable 4,100mAh.

As for the build, the Lemon 3 and Redmi 3 sport metal bodies with the Lemon 3 being thinner and lighter which is understandable considering it has a smaller battery.

The Lenovo Lemon 3 and Xiaomi Redmi 3 are priced at RMB 699 or around Php5,000 when converted. No word yet on local availability.