HTC Butterfly S now official: the One on steroids

HTC Butterfly S now official: the One on steroids

Going official in Taiwan, the HTC Butterfly S bests the company’s flagship, the HTC One. It packs a larger battery, a faster CPU and a micro SD card slot. 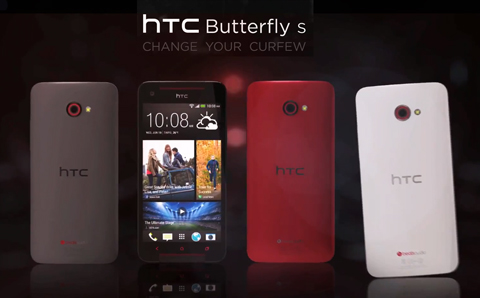 The HTC Butterfly S sports a faster 1.9GHz Snapdragon 600 CPU (as compared to the 1.7GHz on the One), 2GB RAM and 16GB internal memory; no need to worry with the limited storage as it reels in a microSD card slot unlike the HTC One. The phone will also come with a 2.1 megapixel wide-angle front-facing camera, a larger 5-inch 1080p display and a bigger 3,200mAh battery.

BoomSound, UltraPixel, Zoe, Sense 5.0 and all things found on the HTC One will also be found here running on top of a version of Android Jellybean. Whether this is 4.1 or 4.2 is still unknown.