Huawei had finally released their two new handsets — the Ascend D1 Quad XL, Honor 2 G600, both of which are in local stores and with a suggested retail price of under Php20k. 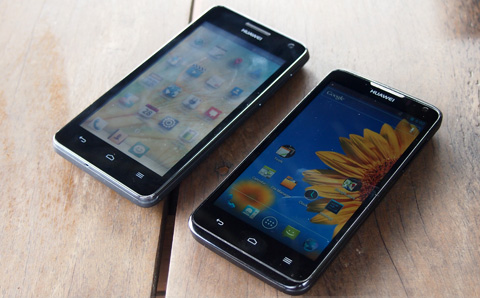 The Ascend D Quad XL is a quad-core smartphone powered by Huawei’s very own custom CPU (we’ve benchmarked an engineering unit and it scored at the top of the charts). The Honor 2 is a 4.5-inch midrange handset with a dual-core processor.

* The engineering units we used though already had Jellybean in them so maybe the update is coming soon.

We’ve had a quick hands-on of these two units before and the benchmark scores were went thru the roof. Check them out here.