The Lenovo K80 is one of the company’s promising smartphones that was unveiled back in April. It boasts a 5.5-inch Full HD display, Intel Atom Z3560 quad-core CPU, LTE, and a large 4,000mAh battery. Although not officially offered here in the Philippines, we managed to get our hands on one to see how it fairs with other smartphones in its class. Read our Lenovo K80 review below.

The Lenovo K80 is a close cousin of the earlier Lenovo K3 Note in terms of design and build quality. It’s simple and doesn’t exhibit much fanciness except for the rear part which we will discuss later on. 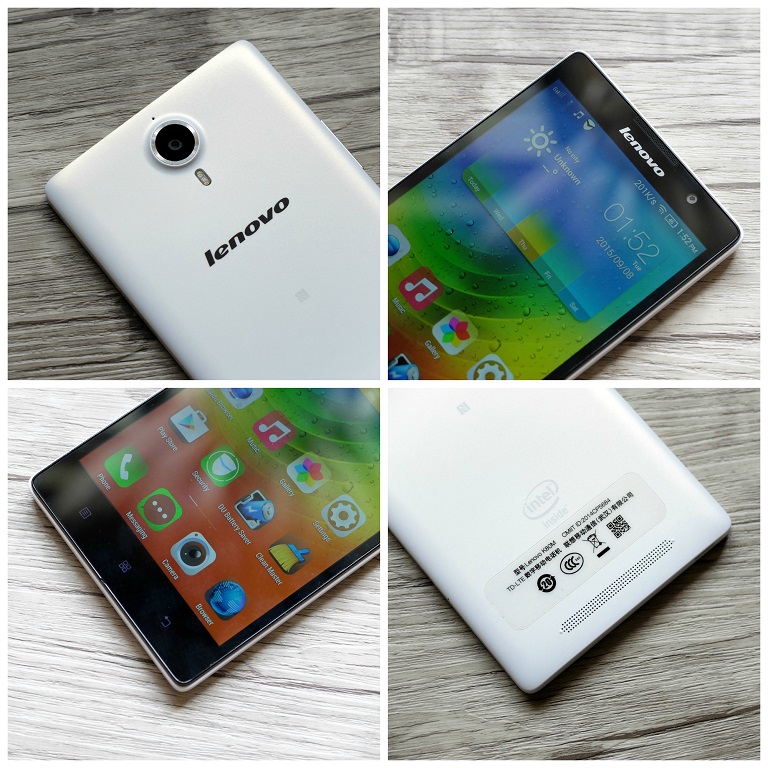 Up front is the 5.5-inch display, along with the earpiece, notifications light, and 5 megapixel camera above it. Down below are three illuminated capacitive buttons and the mouthpiece. 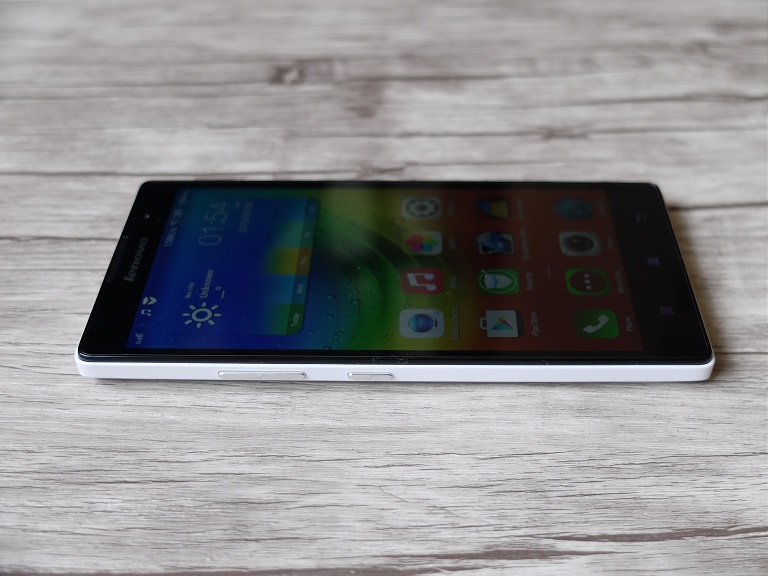 Found on the left side are the metallic buttons for the volume and power / lock, while on the right side is the SIM card slot that can accept two Micro SIMs. 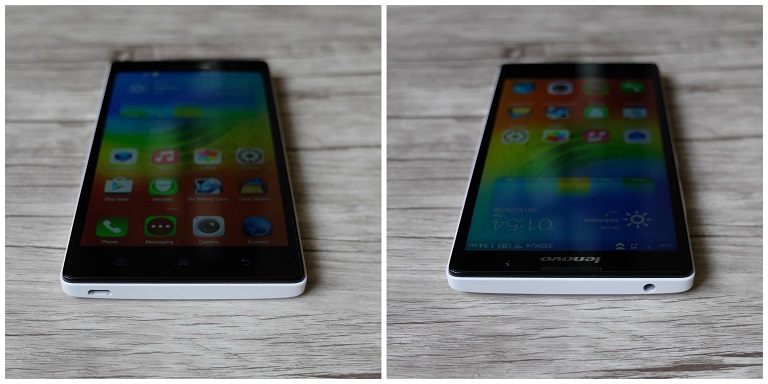 Located up top is the headset jack, while down at the bottom is the microUSB port. Take a look at its backside and you will see the 13 megapixel camera, dual-tone LED flash, Lenovo and Intel logos, NFC, and the loudspeaker. 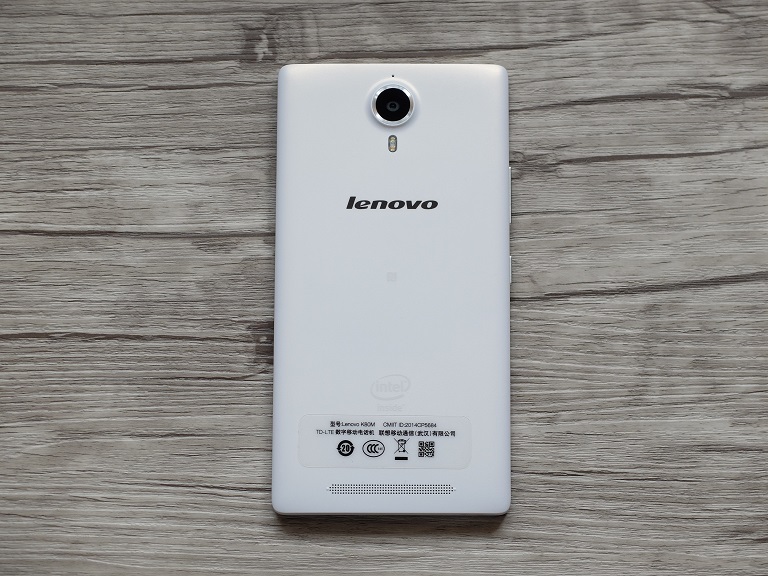 If you noticed, the K80’s rear also features the same finish as the K3 Note. The white model has a matte finish with pearlascent colors that throws some yellow and bluish tinge when you view it from different angles. On hand, the K80 feels solid yet nice to hold. It’s a bit chunky at 8.3 mm thick but that is understandable since it carries an above average 4,000mAh battery.

The K80 features a 5.5-inch IPS display with Full HD resolution or equal to 403ppi. The screen is crisp, clear and vibrant with decent viewing angles. 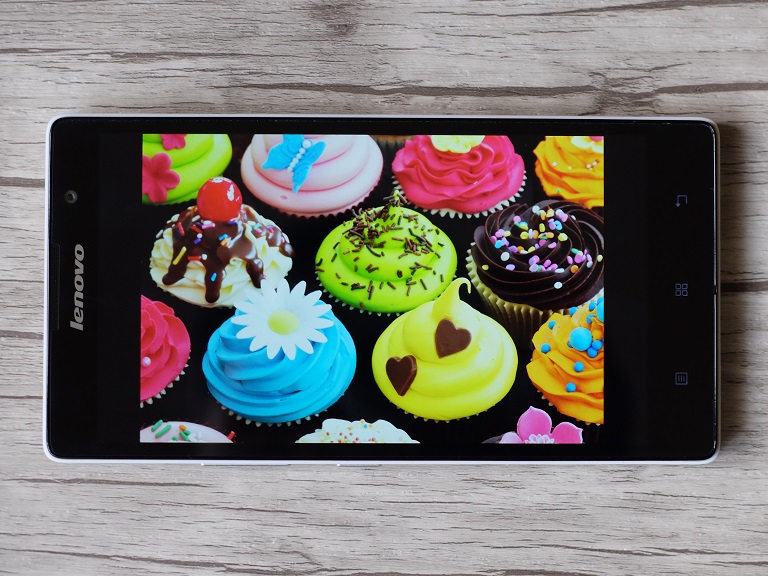 The loudspeaker, on the other hand, is capable of producing clean sounds with acceptable loudness. It feels soft though even at maximum volume which feels like it’s preventing the sound from being distorted. Still, the speaker should satisfy most users whether they’re listening to music or watching movies.

The K80 is equipped with a 13 megapixel camera with OIS and dual-tone flash. We’re very satisfied with the camera’s performance as its quick to lock on the subject and capture. Resulting images are crisp with good details. Colors, on the other hand, are punchy and accurate. In not-so-bright conditions, the camera still performs quite well although there are times it would result to slightly blurred images especially if you have shaky hands. 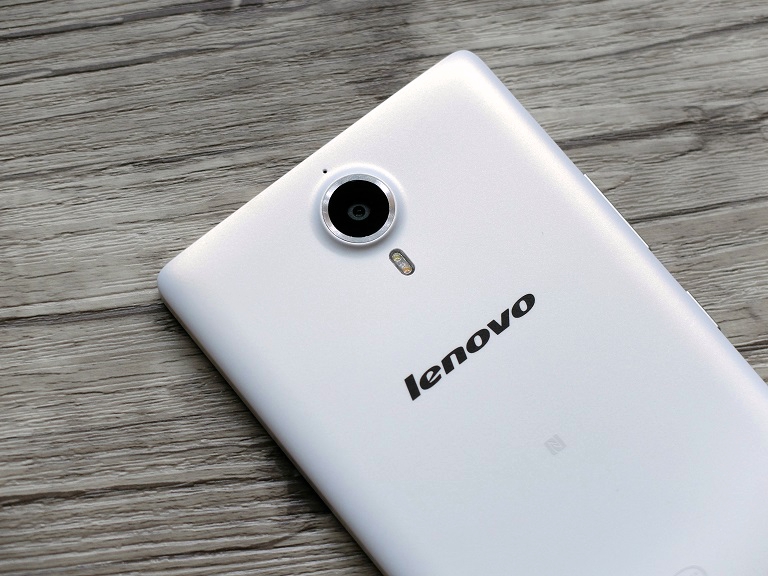 As for in-camera features, it has HDR, Panorama, QR reader, and effects and filters. For those who like taking self-portraits, you will have to make do with a 5 megapixel front camera. It’s a wide-angle shooter with Beautify and Blink and Hand sign to shoot function. The quality will not blow you away but it’s enough for casual selfies and video calls. 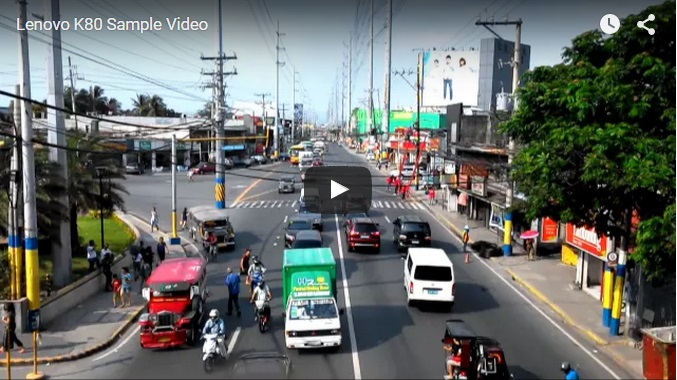 Out of the box, the Lenovo K80 runs Android 4.4.4 KitKat skinned with VIBE UI 2.0. We’re expecting the Android Lollipop upgrade to arrive by now but whenever we check for system updates the Settings app crashes. Not only that, it’s own File Manager crashes every time we transfer files via USB OTG. These indicate that there’s a serious bug in its firmware that needs to be addressed. 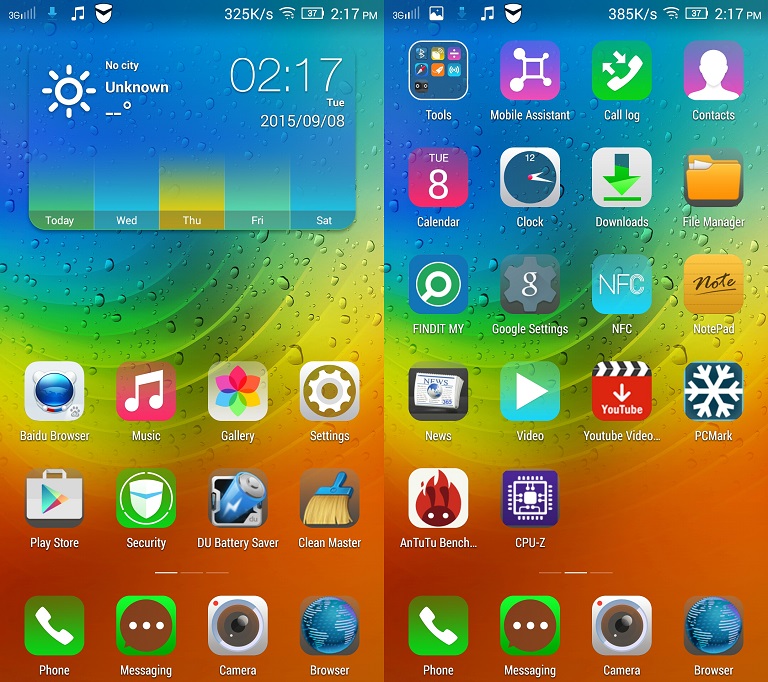 Our unit comes with pre-installed apps like Baidu browser, Youtube Downloader, Clean Master, DU Battery Saver, DC Share, Guvera Music, and a few games some in the Chinese language. Unfortunately, not all of them can be removed. We also noticed that there’s a Game folder that, if you keep it on, will keep on installing icon shortcuts of recommended games. We suggest that you turn this feature off. 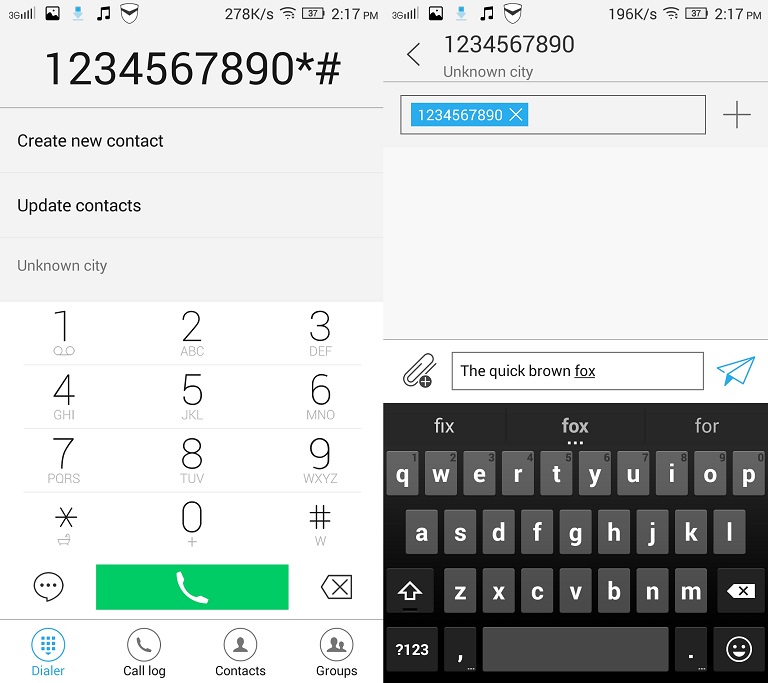 The K80 comes with 32GB of internal storage. Less 7.58GB for the system, you’re left with 23.22GB of usable storage. There’s no microSD card slot which makes it limited if you’re heavy on multimedia. The only recompense here is the USB OTG support.

The K80 sports an Intel Atom Z3560 quad-core CPU clocked at 1.8GHz – the same processor that is powering the ASUS Zenfone 2 ZE551ML, PowerVR G6400 GPU, and 2GB RAM. The configuration enables the K80 to perform light to heavy tasks well including gaming. Take a look at the benchmark scores below. 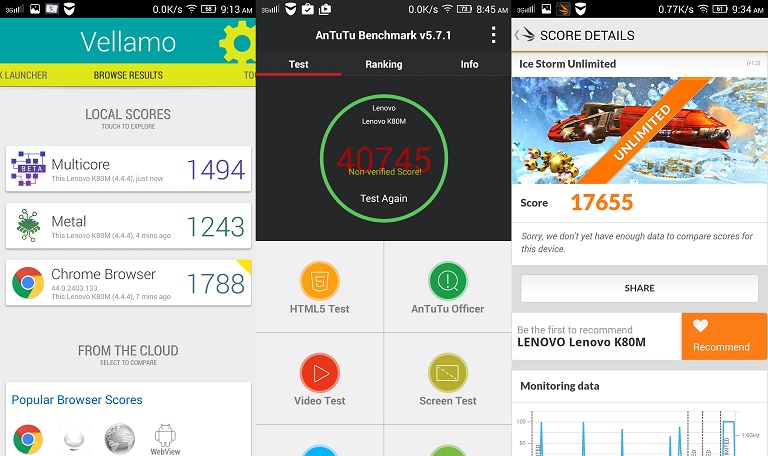 Aside from the usual connectivity features like WiFi, Bluetooth and GPS, the K80 also has support for 4G LTE, equipped with NFC and accepts two micro-sized SIM cards. Call quality is good and latches onto mobile data without any problems as long as there’s healthy coverage.

One of the strongest suits of the K80 is the large 4,000mAh battery which is also found in the Lenovo P70 and A5000. It is capable of lasting the whole day and a little bit into the night but not in the same amount of mileage compared to the P70. We ran PC Mark’s battery bench and the result is 7 hours and 28 minutes, much less than the P70’s 10 hours and 11 minutes. In our routine video loop test (1080p video, Airplane mode, 50% brightness and volume, headset on), we got a little over 11 hours worth of playback.

The Lenovo K80 is a good smartphone with a good display, performance, camera, and battery life. However, it is hindered with a flawed firmware and bloatware. Although it is slated to receive Android Lollipop, it is stuck in KitKat with a broken OTA updater. Like the K3 Note, it’s not officially offered in the country so you will have to rely on imported units. On the up side, it doesn’t cost much at Php9,990.

What we did not like:
* Firmware is buggy
* Broken OTA updater
* No microSD card support
* Not officially available in the Philippines