Launched in the country back in February, the Lenovo P70 is a mid-range smartphone that sports a 5-inch display, MediaTek octa-core CPU, dual-SIM with LTE, and a huge 4,000mAh battery. Priced at Php12K, the P70 aims to be a capable daily driver that can keep up with heavy use without being too heavy in the pockets. Read our Lenovo P70 review below. 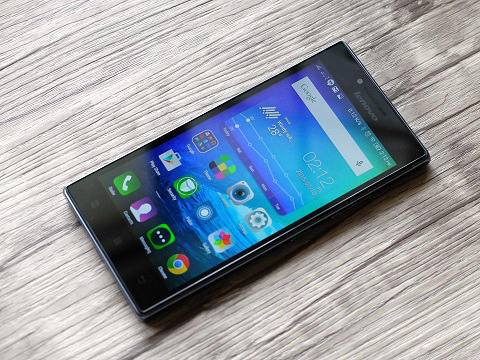 The Lenovo P70 was launched in the country along with the S90. Comparing the two, the latter is slim with curves while the former is a bit chunky and boxy. The sides are slightly curved and accented by a metallic trim to add a premium look. The top and bottom parts are flat with glass-like finish. 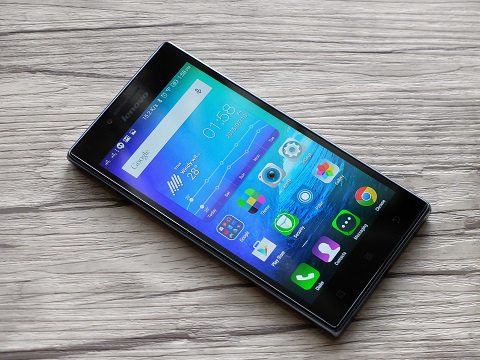 Looking at the front we’ll see the 5-inch HD IPS display. Above it is the earpiece, 5 megapixel front camera, and light sensor. Down below are three capacitive buttons for Options, Home, and Back. 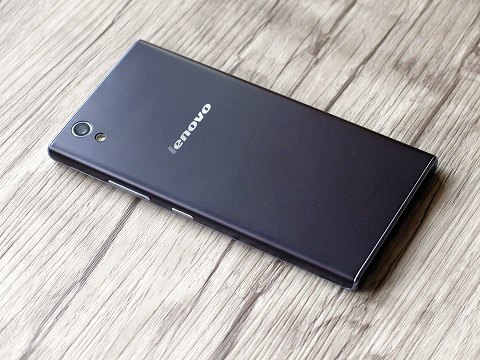 The right side has the volume rocker and power/lock button, while the left side is devoid of any physical keys. Found up top is the headset jack and microphone, while down at the bottom are the microUSB port, microphone, and speaker. 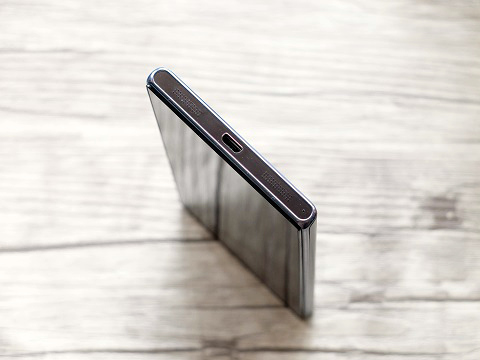 At the back is the 13 megapixel AF rear camera, LED flash, and the Lenovo branding. The removable backplate has matte finish but is still prone to smudges. 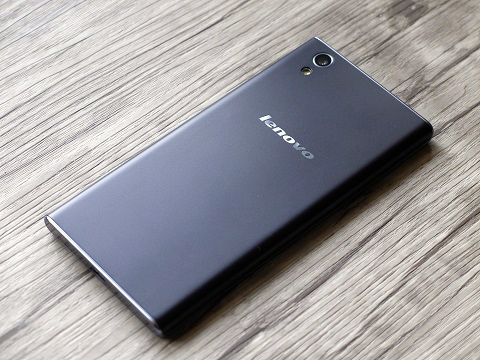 On hand, the Lenovo P70 is chunkier than the S90 at 8.9mm and hefty at 149g. However, it’s comfortable as your hand has more room to grip while the heft will only remind you that this device is packing a huge battery.

The P70 features a 5-inch IPS display with HD resolution or equal to 294ppi. Resolution is decent for a 5-incher and has good viewing angles and punchy colors. When viewing outdoors, the display is capable of producing enough brightness while still maintaining legibility. There’s no mention of any special glass protection so we can assume that it’s just a regular scratch-resistant display. 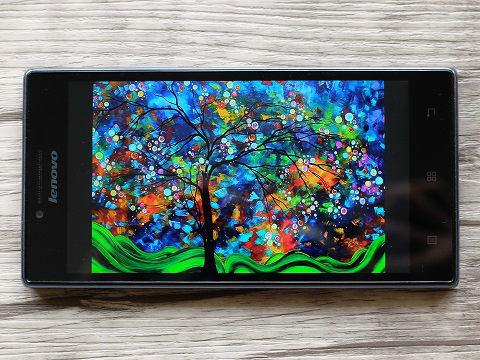 The speaker, on the other hand, is far from spectacular and lacks bass but it is loud and crisp enough for movies and tunes. As a multimedia device, the P70 is a capable performer. But like what we usually suggest – better hook up a good external speaker or headphones if you want a better listening experience.

Running the software department is Android 4.4.4 KitKat with Lenovo’s VIBE UI skin on top which is similar to other Lenovo phones currently out like the K3 Note we reviewed last month. As for the Lollipop upgrade, the P70 is scheduled to receive it in Q3 of this year. 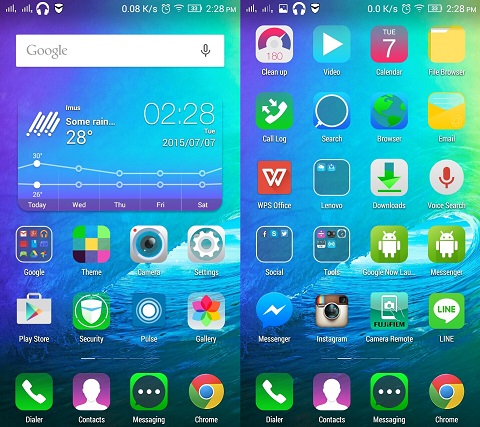 It doesn’t use an app drawer and goes for a more straight-forward approach by taking advantage of multiple home screens. If you get bored you can simply install your favorite launcher. 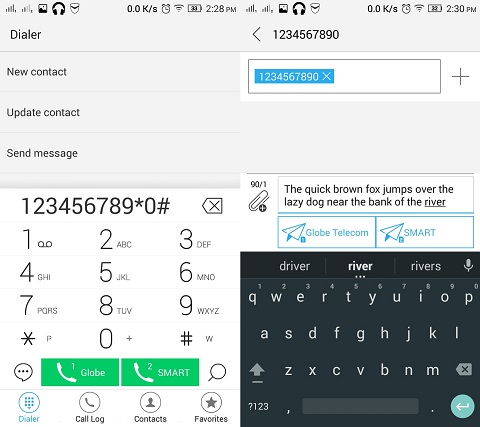 Found inside settings are some features that users might find handy like screen off gestures (double tap to wake screen, double tap home button to snap a picture), shake to lock, One-touch shortcut, and Smart scene. 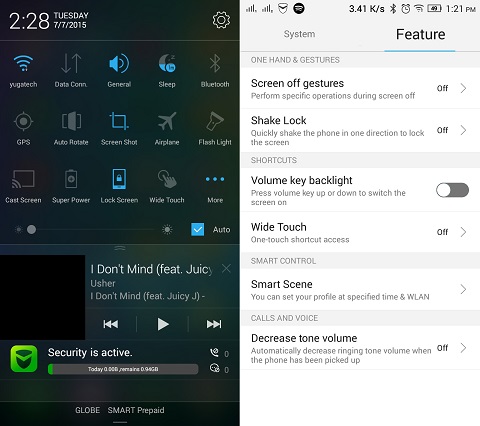 The P70 comes with a few pre-installed apps from Lenovo like the Security app, ShareIt and SyncIt. Google’s basic apps are here as well like Play Books, Play Games, Play News, Play Music, and Play Movie. Storage-wise, it has 16GB of claimed storage with almost 12GB as usable.

The P70’s 13 megapixel camera is something that you would consider as below average to decent. Auto-focus is slow and doesn’t always get the right exposure and shutter speed. Colors tend to be washed out and details appear soft. Take a look at the samples below. 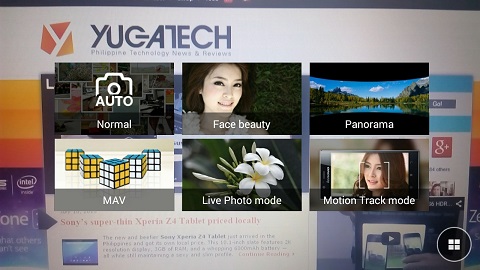 As for video recording, it can shoot 1080p videos at 30fps in 3GP fortmat. Video quality is similar to the ones you get with stills. Watch the video below.

Powering the device is a 1.7GHz MediaTek MT6752 octa-core CPU, Mali T760-MP2 GPU, and 2GB RAM (962MB free when not using any apps) Performance is good on the P70 and can handle basic tasks and graphic intensive games smoothly like Injustice: Gods Among Us. 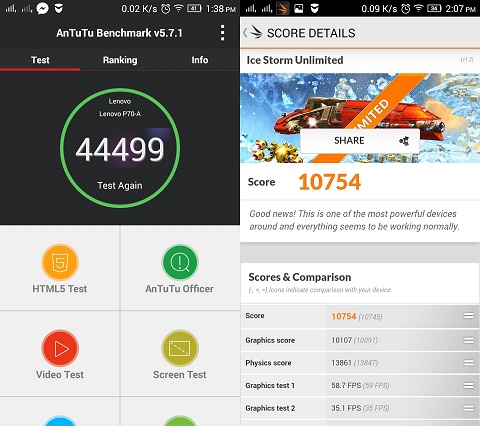 The P70 features two microSIM cards slots. However, unlike the K3 Note where both slots can be used for LTE connectivity, the P70 is only limited to SIM slot 1. As for call quality, it is good and had no problems connecting to networks as long as signal is abundant. Voices are loud and clear even in noisy environments.

As for the battery, it has a capacity of 4,000mAh which should last longer than most smartphones out there. Plus, it has a power-saving software, a Quick Charge feature that lets you fully charge the phone in three hours, and On-The-Go Charging that turns the P70 into a power bank, letting you charge other devices. The only downside we see here is that it is non-removable. 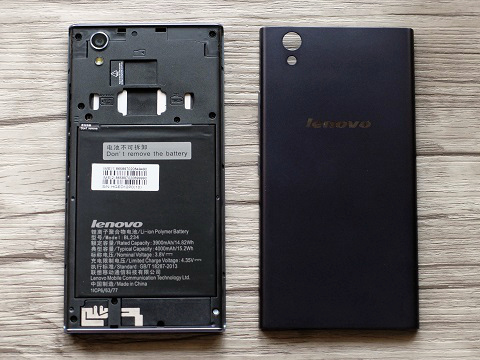 With our usage involving constant WiFi connectivity with heavy social media browsing, moderate calls and texts, and light mobile data and games, the P70 can last for a whole day with a little bit left for the next day. Running PCMark’s battery bench, the P70 scored an impressive 10 hours and 11 minutes.

The Lenovo P70 is a workhorse of a smartphone. It’s got a good display, very capable hardware configuration, dual-SIM with LTE connectivity, and a large battery that can last more than a day. If there’s something we didn’t like is its camera performance so don’t expect a lot if you’re very particular about this feature. 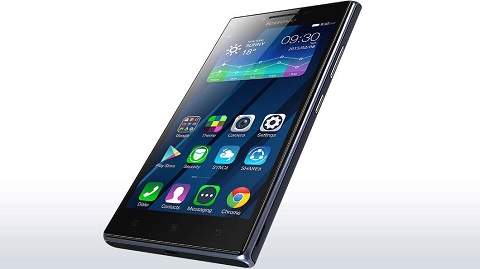 Another challenge is the price, at Php12K it might sway some users to go for the Alcatel Flash Plus which also packs competitive hardware and battery life for Php5.5K less. On the other hand, if you’re really looking for a device that can handle heavy usage, the P70 is still a good choice.

What we didn’t like:
* Below average camera performance
* Pricey compared to competitors with almost similar specs