LTO Periodic Medical Exam for 10-year licenses: What you need to know

LTO Periodic Medical Exam for 10-year licenses: What you need to know

The Land Transportation Office (LTO) now grants 10-year driver’s licenses to motorists with no traffic violation. With that said, all drivers seeking to renew their license are now required to take Comprehensive Driver’s Education (CDE) and fulfill additional requirements, including the medical examinations.

Per Section 23 of Republic Act No. 4136, also known as the Land Transportation and Traffic Code, as amended by Republic Act N0. 10930, the validity of driver’s licenses has been extended subject to the restrictions that may be imposed by the LTO.

In line with this authority and the rule-making power of administrative agencies under Executive Order No. 292, there are guidelines and restrictions promulgated to ensure that all holders of driver’s licenses are physically and mentally fit during the prolonged validity of their driver’s license. Now we’ll be talking more about the LTO’s new medical policy for 10-year license holders. So let’s dive right in! 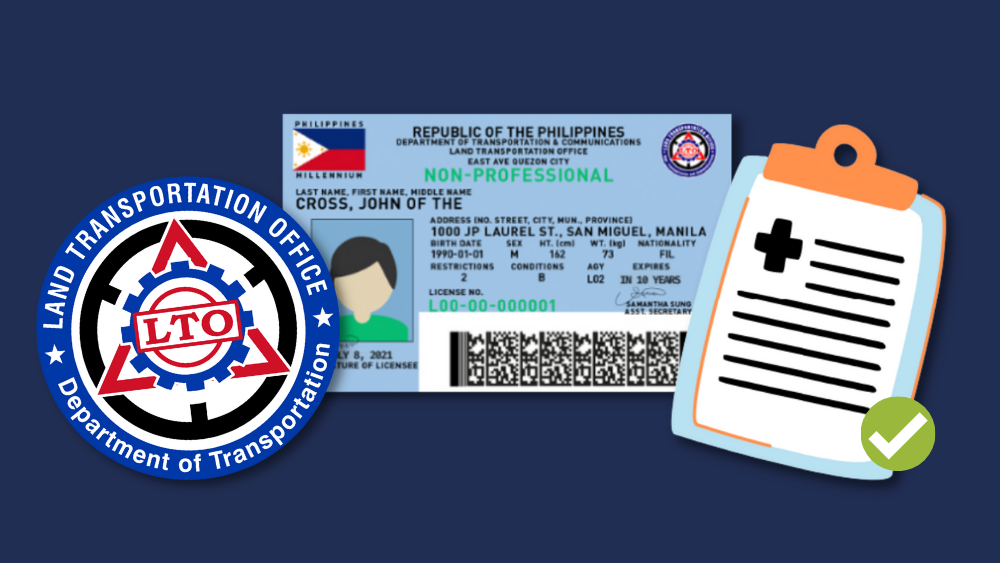 Any driver whose license is valid for at least five (5) years and who has not committed any violation of Republic Act No. 4136 and other traffic laws, rules and regulations during the five years shall be entitled to a renewal of such license for ten years. Otherwise, they will only be entitled to a five (5) year driver’s license.

Nonetheless, any person entitled to a 10-year validity license may choose to renew their driver’s license for one that is valid only for five years. 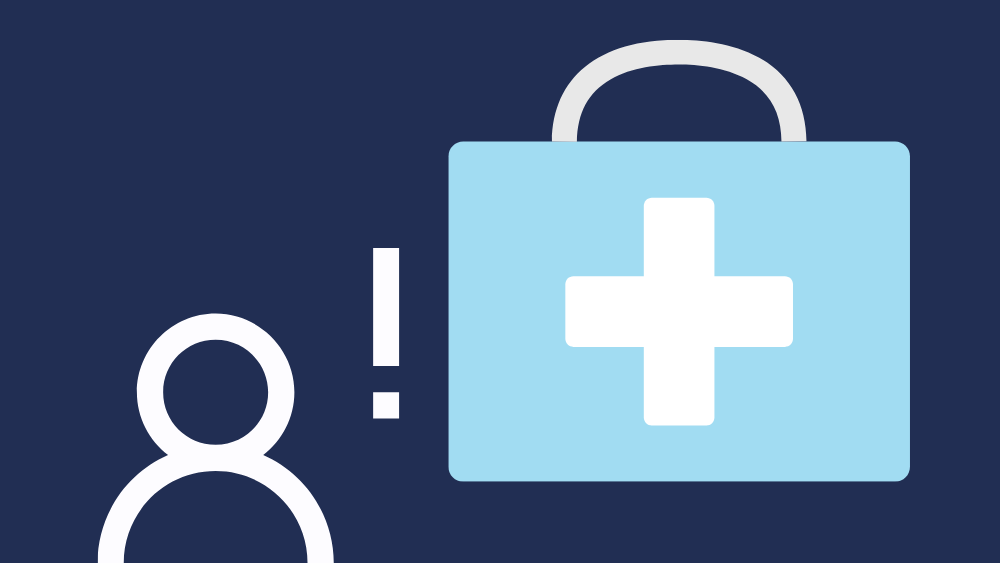 Other than the medical exam performed during the application for a new license and the renewal thereof, all driver’s license holders shall undergo mandatory periodic medical examination(s) (PME) during the validity period of their license in any LTO-accredited medical clinic or government health facility. According to the LTO, this is to ensure their fitness for the extended duration of the license.

In both cases, licensees may undergo the PME within sixty (60) days before the specified birthdate.

The PME can be done at any LTO-accredited medical clinic or government health facility.

All LTO-accredited medical clinics shall comply with Section 4(a)(2) of Republic Act No. 7432, as amended by Republic Act Nos. 9257 and 9994, which provides that senior citizens shall be entitled to the grant of 20% discount and exemption from the value-added tax (VAT) on medical services, diagnostic and laboratory fees in all private hospitals, medical facilities, and outpatient clinics.

The LTO shall have the authority to require any driver who appears to have any physical or mental condition or illness that may present a driving risk to undergo a medical exam to assess his/her fitness to drive. 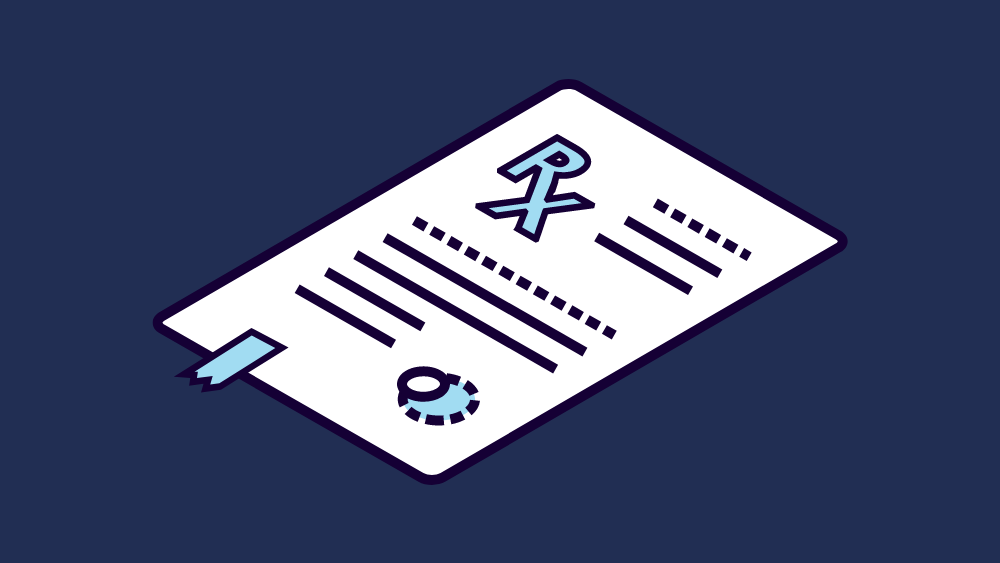 The registered physician must determine whether the licensee has developed any physical or mental condition or illness that is likely to interfere with the latter’s ability to control and operate a motor vehicle safely and report their findings to the LTO. The licensee shall be examined following the medical examination guidelines set by the LTO under Memorandum Circular No. 2018-2157 and such other issuances subsequent to it.

Once the physician determines that the licensee remains physically fit and medically qualified to drive a motor vehicle, he/she shall issue a completed medical certificate in the prescribed form reflecting his/her findings.

Furthermore, the biometric finger scan of both the examining physician and the licensee shall be required before the medical certificate is electronically transmitted to the Land Transportation Management System. Additionally, the licensee’s biometric fingerprint must match the fingerprint impression recorded in the LTO database.

Driver’s license holders working or living abroad whose PME schedule comes during their stay abroad shall be exempted from undergoing PMEs. However, should they return during or after the mentioned periods, they are required to subject themselves to a medical exam within 30 days upon arrival to the Philippines before exercising their privilege to drive.

A driver of a motor vehicle involved in a road crash resulting in the loss of human life, physical injuries, or substantial damage to properties shall be subjected to a medical exam to determine his/her physical and mental fitness to drive.

Further, the driver shall submit himself/herself for medical examination at any LTO-accredited medical clinics or government health facility within 72 hours from the time of the road crash or from his/her release from detention or medical treatment, if applicable.

Modification and Suspension of the Driver’s License

If the physical condition of a licensee has changed in a manner where there is already a need to reclassify the license, restrict the driving privilege to a certain motor vehicle class, and/or modify the conditions in his/her driver’s license, the LTO shall cause the updating of his/her license details and the reprinting of
the driver’s license to reflect such changes. Nonetheless, suppose the physician determines that the licensee is no longer fit to drive due to a physical, neurologic, or cognitive impairment. In that case, the LTO shall immediately suspend the driver’s license and subject the license card to physical storage until a specialist certifies that the licensee has clearly recovered to a state where he/she can safely drive or that the loss or impairment has been adequately compensated.

Note, however, that such certification may include a recommendation to the LTO to impose conditions, limit the driving privilege, and/or require the licensee to undergo a theoretical and/or practical exam to determine the licensee’s ability to drive.

Meanwhile, the licensee must also inform the nearest LTO Regional / District / Extension / Office / Licensing Center in writing of his/her temporary or permanent incapacity and to surrender his/her driver’s license for storage within six months from the onset of the inability. In addition, a medical certificate issued by the licensee’s examining physician stating the fact of such incapacity shall be required.

Effects of Failure to Comply

Any driver who, without valid cause, fails or refuses to undergo any of the mandatory medical examinations within the prescribed period shall have his/her driver’s license automatically suspended until he/she complies with such requirement. More so, the penalty and demerit point/s applicable to the violation of driving with a suspended driver’s license shall be imposed upon such driver for every instance he/she is found driving on any public highway during the period of non-compliance. Moreover, drivers who do not comply with this requirement shall be penalized with a fine of PHP 1,000 for every missed medical exam. In addition, any driver who failed to undergo a required medical exam shall also be disqualified from renewing the license and driving any motor vehicle for one year from the payment of the fine.

A person whose driver’s license has been revoked shall undergo a neuro-psychiatric assessment or exam to be conducted by any government-accredited facility before his/her driver’s license may be reinstated. They must also submit a psychological report with a clear recommendation for the restoration of driving privilege as an additional documentary requirement for the applicable license transaction and as proof of the person’s mental fitness to drive.

This provision applies to any person with a revoked license who has been found to be an improper person to operate motor vehicles or to have committed, or as an accessory to, any crime or act which endangers the public while driving, as provided under Section 27 of RA 4136.

Besides, the same requirement applies to any person who has accumulated at least forty demerit points and has been subject to an outright revocation of driver’s license under Section 16 of the IRR of RA 10930, and those whose driver’s license has been revoked for any other lawful reason except in cases where /perpetual disqualification from being granted a license has been imposed.

ALSO READ: Comprehensive Driver’s Education (CDE) and how to get a certificate