We’ve already given you an intro to the Lenovo S880 towards the end of last month. After spending a week with the 5-inch, dual-SIM handset, it’s time to share our thoughts about it. Check out the full review after the jump. 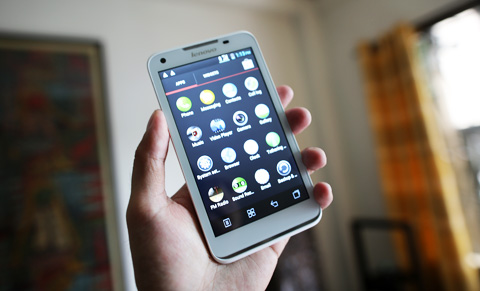 Very few mid-range smartphones have dared go beyond the 4.3-inch screen. Lenovo Mobile pushes the barrier by introducing a 5-inch, dual-SIM handset priced at under Php15,000.

The Lenovo S880 isn’t the best in class in terms of construction mainly due to its plastic make. In fact, there isn’t even a slightest hint of metal on its exterior, making the phone feel cheap in the hands. If anything, the only reassuring feature of the phone’s construction that would convince you that you’re not holding a toy phone is its hefty 200g weight. The difference between the two lies in the placement of the ports and buttons and the absence of physical buttons on the front on the S880.

It’s quite baffling why Lenovo decided to outfit the S880’s 5-inch display with a poor 480 x 800 resolution. I mean, even for an affordable phone the least thing they could have done, in our opinion, was to utilize the processor’s maximum supported resolution, which is qHD (960×540). Our takeaway from this — the WVGA resolution on a 5-inch display is a bad combination. 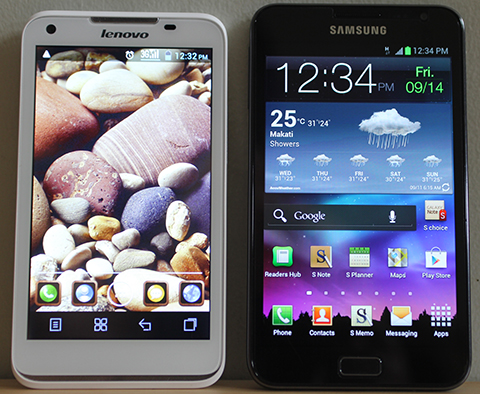 One of the perks of having a smartphone with big screen is the pleasure of watching your favorite series or film with it, but it’s not the case for the Lenovo S880. It’s bad enough that the display has a poor resolution, to make things worse the 1GHz processor performed badly in movie playback. We first tried playing an HD movie on it and there’s an intolerable half-a-second lag all throughout the film. We also tried playing non-HD clips and even at that the lags are still present though not as worst as the ones we noticed while watching the film.

For a change, the audio quality from the phone is fairly decent thanks to its two speakers found at the back and at the bottom of the handset. It isn’t the best sounding phone, but it does have clear and well-balanced sound output with only very minimal distortion even at high volumes. Voice quality while on a call was also pleasing. Our voice was clear according to the people we’ve called and so does theirs.

The Lenovo S880 comes with a skinned version of Ice Cream Sandwich out of the box, which can be considered as a treat for a change. However, the UI, which is similar to that of Cherry Mobile W900’s, is rather disappointing. I’m really not a fan of overly customized UI so I don’t find the colorful and framed icons of S880’s a pleasing sight. This shouldn’t worry you too much though because you can always opt to install third party app to refresh the UI. 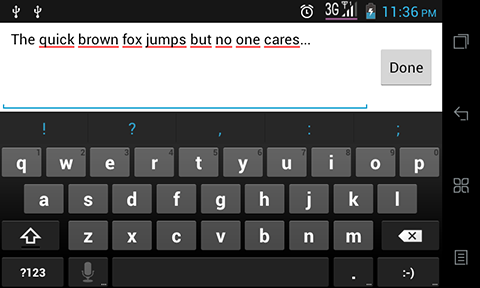 Another benefit of having a huge screen is comfortable typing and with the Lenovo S880’s 5-inch display, you’ll find no trouble composing your SMS or Tweeting with it. The phone makes use of the stock Android keyboard so familiarity shouldn’t also be an issue.

Another thing that we find rather disappointing with this phone is that it traded the use of a physical/touch-sensitive buttons for four omnipresent soft keys which takes up a portion of the 5-inch screen, thus making the screen look smaller. What they could’ve done instead is make use of the blank space between the display and the speaker at the bottom to house these keys. 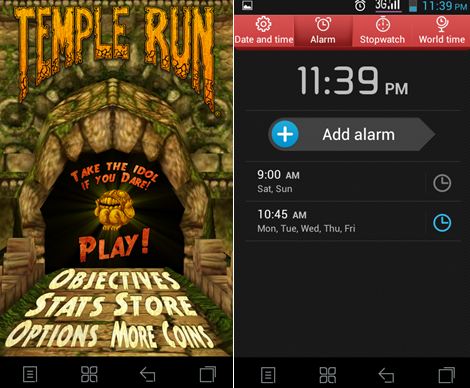 Although the processor didn’t perform quite well on video playback, it does its job quite nicely in other operations. Although anyone wouldn’t expect any ground-breaking performance out of a 1GHz and 512MB RAM setup, it did handle our basic smartphone needs pretty decently. Apps run smoothly for the most part and we didn’t experience any â€œForce Closesâ€ with the short time we had it. We performed our usual synthetic benchmarks on this phone and it got a slightly better score as compared to the LG L7 which has the same configuration. The Lenovo S880 is outfitted with a 5MP snapper at the back and a secondary VGA camera at the front. Images produced by these cameras are what you’d typically expect from other smartphones with the same configuration.

Much like the images, recording videos with this phone isn’t something you’d write home about, but it’s still usable. Here’s a sample video taken with this 5-inch smartphone.

Besides having a big screen, another thing that the S880 can be proud of is its 2250mAh battery. It is a pretty good number, but considering that the battery needs to power a humongous display on top of the dual-SIM functionality, we expected the battery pack to be better, if not at least be at par with that found on the P700 (2500mAh). Why Lenovo outfitted this phone with a battery that has a slightly lower capacity? Your guess is as good as ours. 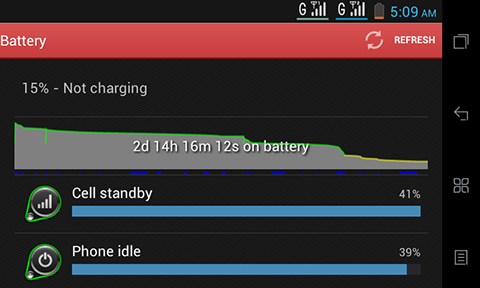 As you might’ve noticed in the review, the Lenovo LePhone S880 has a number of shortcomings that would probably make any potential buyers to think twice before getting the handset. In our opinion, Lenovo has cut some corners to bring the price down to an acceptable margin. However, we think that they’ve sacrificed far too many features to the point that the Php14,999 price tag is no longer justifiable. With that, we’ll leave it for you to decide if the bigger screen of the Lenovo LePhone S880 is worthy of that extra Php4,000 or you’d rather get the similarly spec’ed but smaller-screened Lenovo P700.

Wow, amazing weblog structure! How long have you
ever been blogging for? you made running a blog look easy.
The entire glance of your web site is excellent, as neatly
as the content material!