LG released the G4 Stylus in the Philippines just last month. It is aimed at consumers who prefer an Android smartphone with a large display, G4-like design, stylus, 13MP camera with Laser AF, and affordable price. But is it enough to entice buyers considering the competition in almost the same price range? Find out by reading our full review. 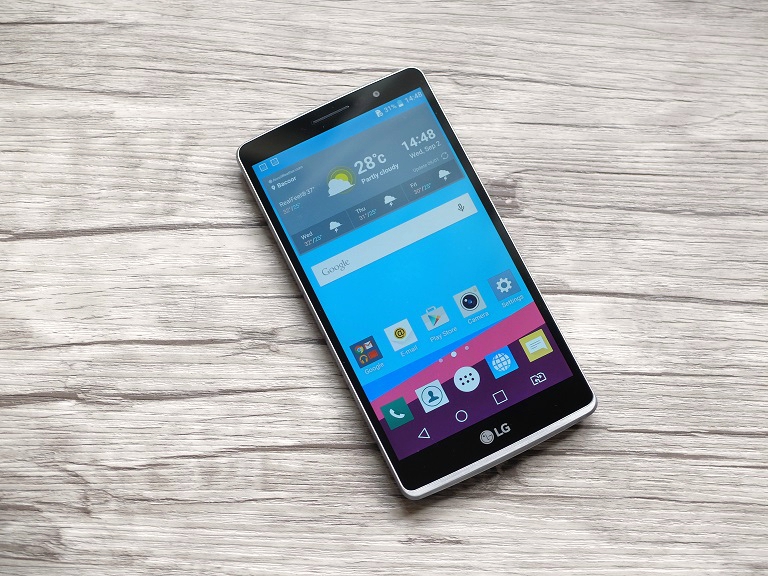 With the “G4” in its name, the G4 Stylus bears some resemblance to the flagship G4. While the G4 sports a 5.5-inch screen, the G4 Stylus’s is slightly larger at 5.7 inches but with a lower HD resolution resulting to a pixel density of 258ppi. It also has an IPS panel which gives off decent wide-viewing angles. 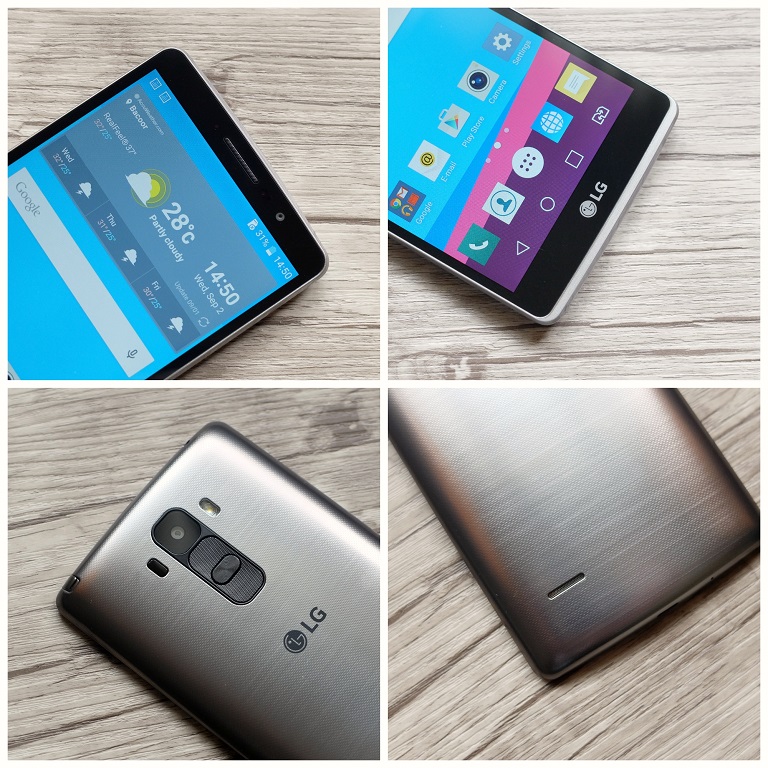 Placed above the display are the earpiece, notifications light, and the 5 megapixel camera. Down below is the LG logo. Like the G4, the G4 Stylus uses on-screen navigation buttons. 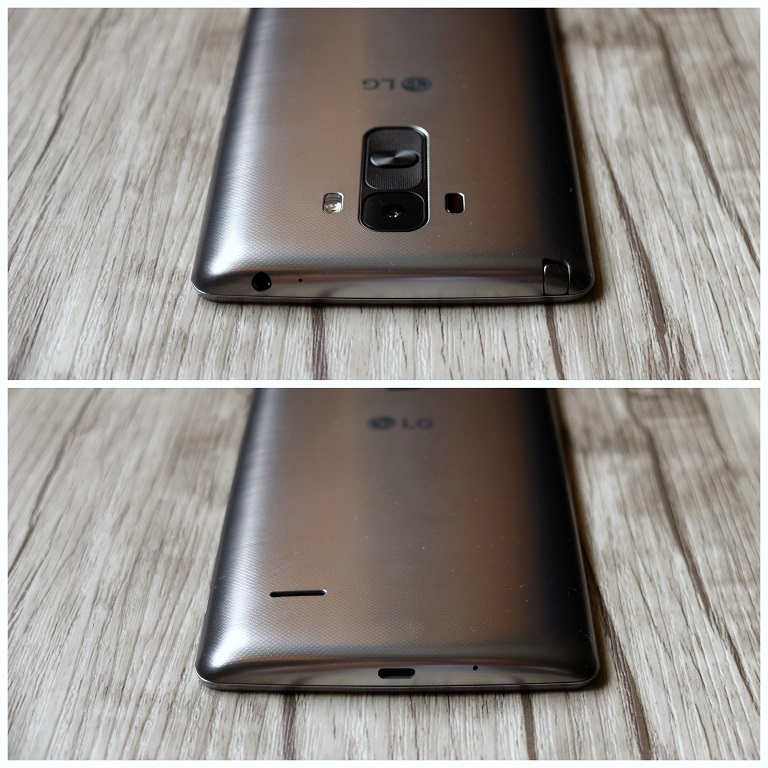 Like most smartphones equipped with rear keys, the left and right sides are barren, allowing the device to flaunt its plastic frame with brushed-metal finish. However, if you look at the top you will see the headset jack, microphone, and the slot for the Rubberdium Stylus Pen. Down at the bottom are the microUSB port and the microphone. 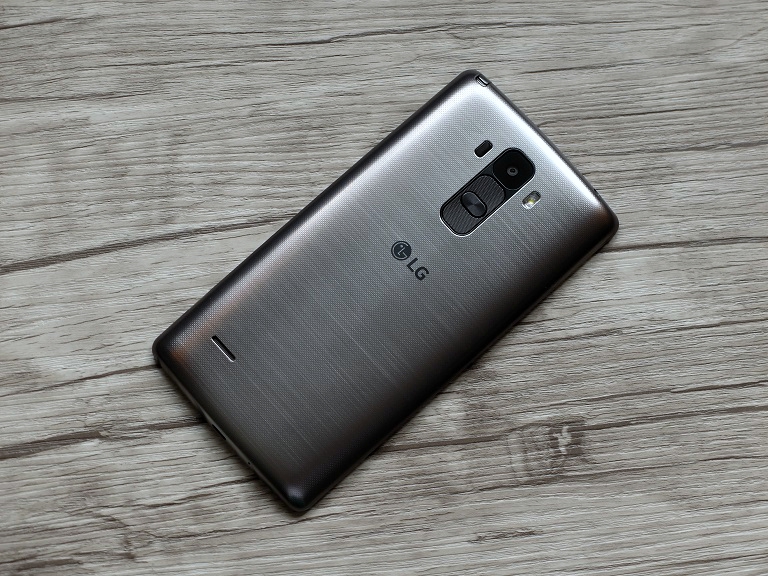 Flip the G4 Stylus and you will find the 13 megapixel camera, LED flash, the famous rear keys for power/lock and volume, Laser AF, loudspeaker, and the LG logo. 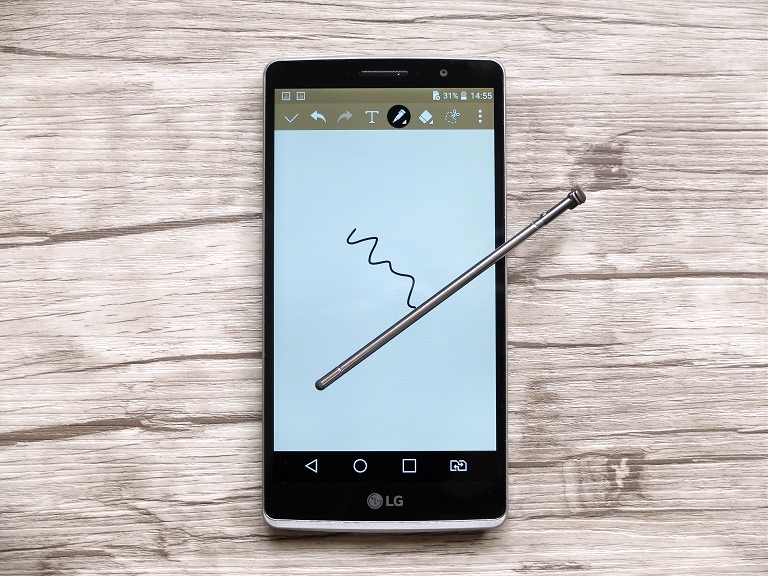 If you have noticed, the removable backplate sports shiny metallic finish which really looks like a thin sheet of metal. And if you look closely, you will see that it is textured with tiny slits which makes it look attractive, grippy, and nice to hold at the same time. Take that backplate off and you will see the removable 3,000mAh battery, two microSIM card slots, and the microSD card slot.

The G4 Stylus packs a 5.7-inch display which puts it in the “phablet” category. It has a HD resolution which equates to 258ppi. It’s not pixel-packed but it’s decent and easy on the eyes. Quality-wise, the screen is vibrant with good colors and details. It also features an IPS panel so viewing angles are good. On the downside, the display suffers greatly from glare especially when used outdoors. There’s no auto-brightness feature as well which makes it cumbersome to adjust brightness. 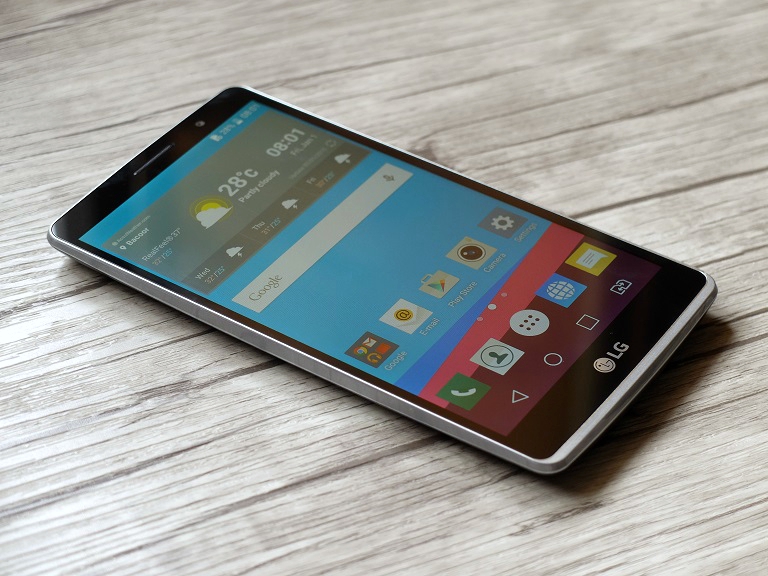 The loudspeaker found at the rear can produce sounds with decent loudness. Quality is inclined towards trebles though to the point that it sounds a bit tinny. Inside the music player you can adjust the pitch and speed of the music as well as play around with equalizer but the latter only applies when you have headphones plugged in.