MyPhone is continuing with the release of new devices this month as they unveil a flip phone simply called the my111i. 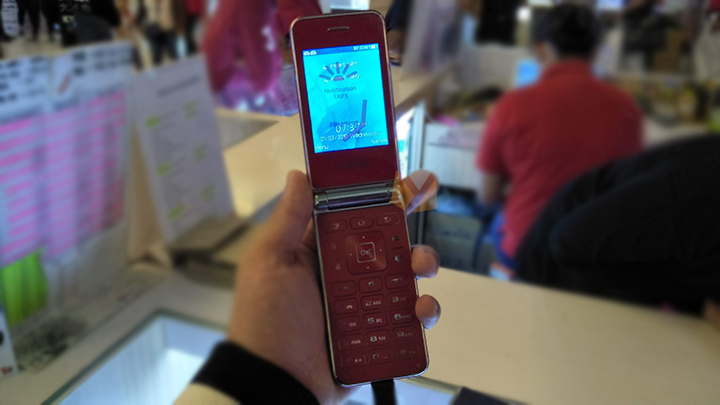 Flip phones aren’t new to the table as local rivals Cherry Mobile and Cloudfone are also offering their own basic clamshells this season. Named after the my111 released in December 2015, this dual-SIM device is a far cry from its predecessor as it sports boxier design with more screen estate and space for flat keys and directional buttons which also differentiate it from other flip phones available today. The my111i has chrome-colored accents at the sides and the hinges, and there’s also a rear camera and an LED notification at the front (when closed) to notify of messages or charging status. The enclosure is surprisingly textured and is devoid of the trademark Philippine map the local brand uses as a distinguishing feature for its line of devices.

Available in red, black, or navy blue, the myPhone my111i was seen on sale at their kiosk in SM Megamall for Php1,399.